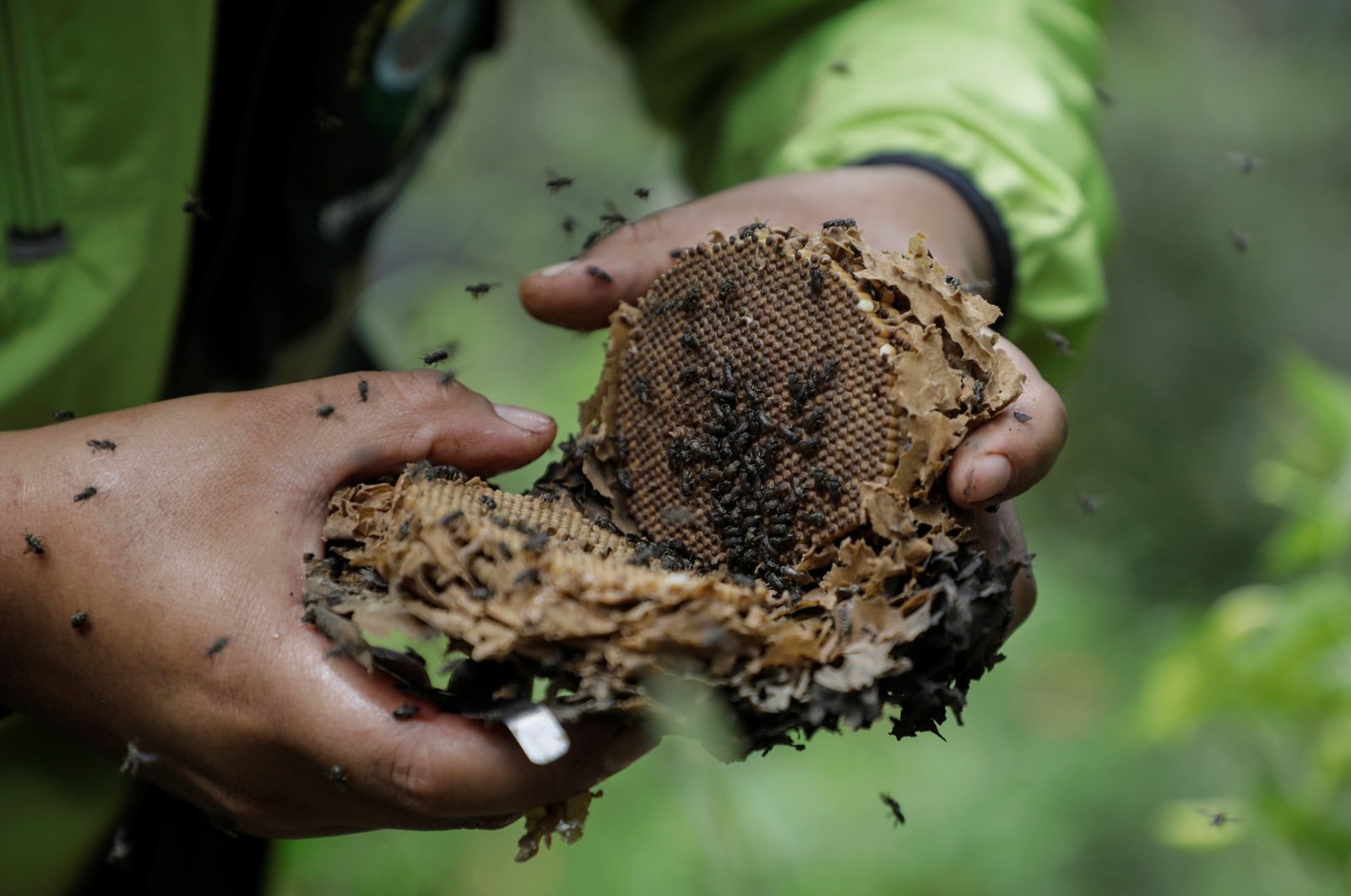 A couple in Bolivia is moving honey bees to a sanctuary they created to address a staggering decline in the insects' colonies due to deforestation and coca farming, which has encroached on their habitat.

For 10 years, zootechnical engineering vet Eric Paredes and his wife Cinthya Callisaya Yujra have scoured the humid, subtropical Yungas region for beehives to take to their "Las Orquideas" (The Orchids) sanctuary. There, the insects thrive in wooden hives safely away from farmers who find them a nuisance.

Honey bees help to pollinate plants that produce about 70% of the food consumed by humans around the world, Paredes said.

But many local farmers have cleared forests and other food crops in order to grow lucrative coca. Pesticides used for the coca are also harmful to the bees.

Coca is a traditional plant used for chewing, tea and medicine but is also the key ingredient for cocaine. Although some are grown legally for the local population, most of the coca in the rainy Yungas region in western Bolivia is converted illegally to cocaine, according to United Nations estimates. Bolivia is the third-biggest cocaine producer after Colombia and Peru.

Some 60% of the nearly 20,000 hectares of Yungas forest has become vulnerable, and the bee population has fallen by half, Paredes said. "We feel obliged to continue working in favor of the bees to rescue this species."

Paredes and Callisaya Yujra are educating local farmers about bees and have helped to save 10 native species through their sanctuary.

"The objective is to convert it into a bee research institution to transmit this knowledge to different regions so that this species is valued more," said Paredes.