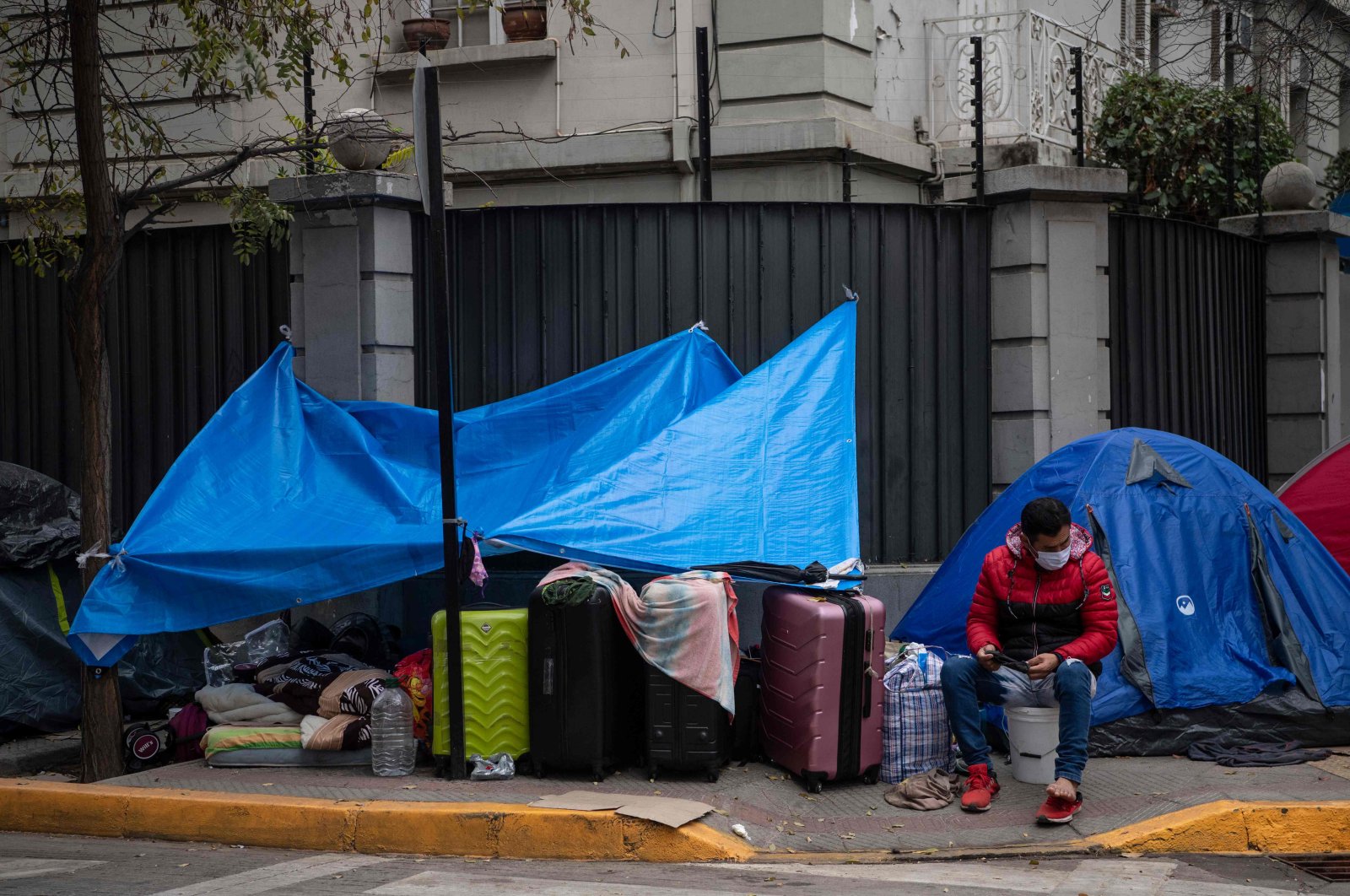 The number of coronavirus infections globally topped 7 million on Monday, some two-thirds in Europe and the U.S., while fatalities recorded in Latin American countries continue to rise.

The number of worldwide cases reported has doubled in just over a month, and more than 1 million COVID-19 infections have been registered in the past nine days. The tallies, using data collected by Agence France-Presse (AFP) from national authorities and information from the World Health Organization (WHO), likely reflect only a fraction of the actual number of infections. Though testing in many countries has increased since the outset of the outbreak, many nations are still testing only symptomatic or serious cases.

Rising numbers of deaths were recorded from Brazil to Mexico to Peru, driving the confirmed global death toll above 400,000 and the number of declared infections over 7 million, according to the AFP tally. In Brazil, 1,382 more fatalities over the past 24 hours raised their death toll to 37,312, according to the Health Ministry. The total case count in the world's second worst-hit country reached 685,427, as 12,581 more people tested positive for COVID-19.

Although Brazil's crisis is escalating and it has the world's third-highest death count, President Jair Bolsonaro continues to play down the impact of the virus.

In Chile the confirmed death toll reached 2,290 after miscalculations from March and April were corrected, adding 1,541 to the figure, Health Minister Jaime Manalich said Sunday.

Amid rising infection rates globally, New Zealand's declaration of victory against the pandemic offered some hope for the rest of the world.

New Zealand lifted all domestic coronavirus restrictions on Monday after its final COVID-19 patient was given the all-clear, with Prime Minister Jacinda Ardern revealing she danced around her living room when told about the milestone.

While strict border controls will remain in place, Ardern said restrictions such as social distancing and limits on public gatherings were no longer needed.

"We are confident we have eliminated transmission of the virus in New Zealand for now," she said in a televised address, saying Kiwis had "united in unprecedented ways to crush the virus."

The South Pacific nation, with a population of 5 million, has had 1,154 confirmed COVID-19 cases and 22 deaths. There have been no new infections for 17 days and until Monday, just one active case for more than a week.

Thailand also hit a positive milestone after two weeks with no local infections. The only recorded cases came from overseas arrivals who were quarantined.

The kingdom was the first country outside China to officially report a COVID-19 case in January, but it has largely escaped the high tolls seen elsewhere in the region, with just 58 deaths.

Fears that large parts of Asia could still have the worst in front of them persist, however, with the death toll and infection rate climbing sharply in India. Still, after a 10-week lockdown, the government is risking lifting some curbs to ease the devastating impacts on the economy. Malls and temples reopened in several cities on Monday.

Pakistan has recorded more than 100,000 cases of coronavirus, health authorities said Monday, as hospitals warned they are running out of beds to treat patients. Pakistan, and neighbors India and Afghanistan, have lagged behind Western nations in virus tolls, but experts warn a lack of testing or accurate reporting in rural areas could be hiding true figures.

In recent weeks, however, the country of more than 210 million has reported a sharp rise in new infections, and on Monday the government said more than 100,000 cases and 2,000 deaths had now been recorded. Last week a leaked government report suggested there were nearly 700,000 infections in Lahore alone.