Daily coronavirus death toll in US hits new record of 4,591 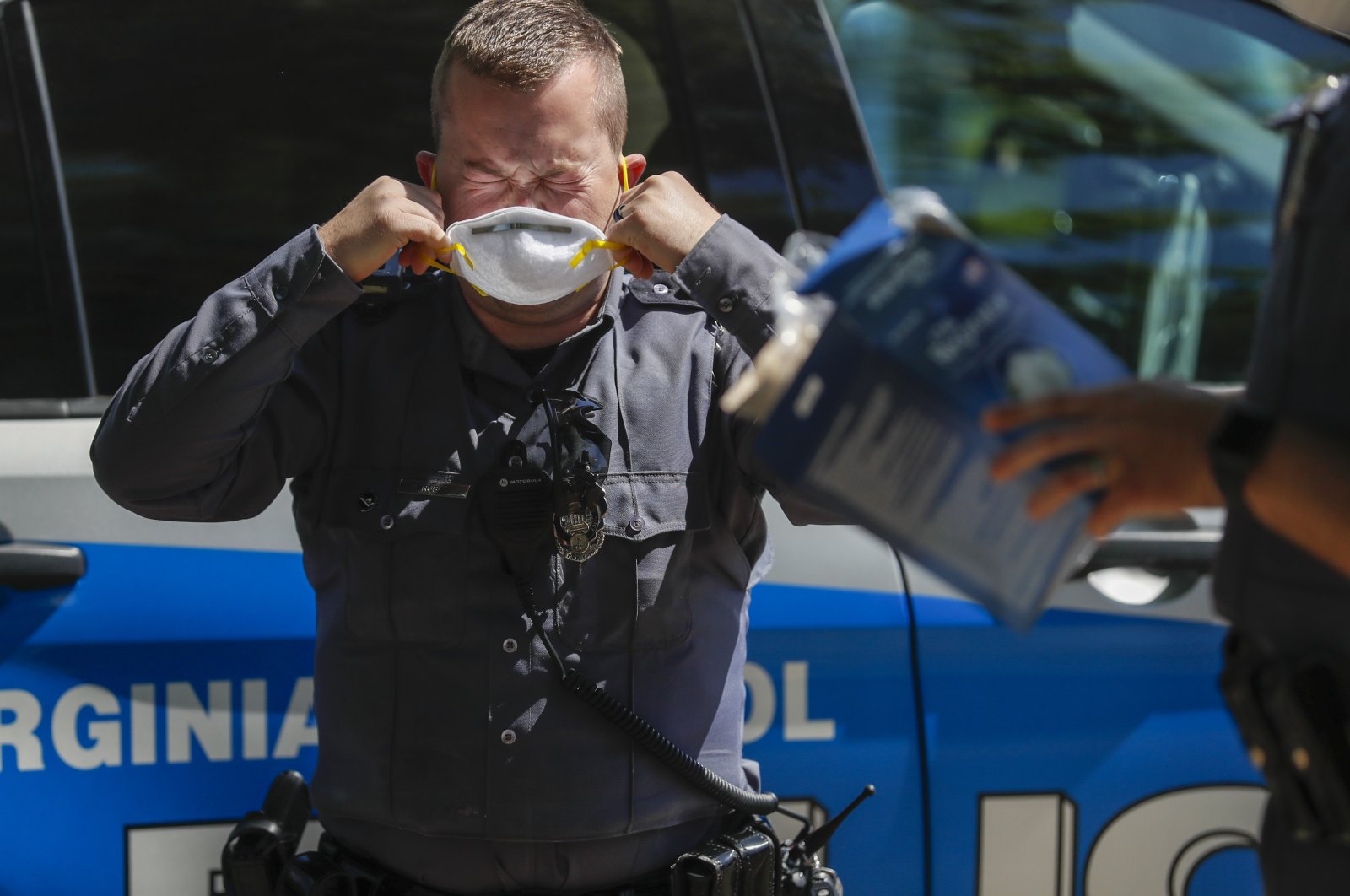 A police officer puts on a mask as protesters upset with the government's stay-at-home order due to the coronavirus pandemic rally at the State Capitol in Richmond, Virginia, U.S., April 16, 2020. (EPA Photo)
by DAILY SABAH Apr 17, 2020 3:41 pm
RECOMMENDED

The daily death toll from the novel coronavirus in the United States hit a new record of 4,591 on Friday, bringing the total number of deaths in the country to 33,286, according to a tally by U.S.' John Hopkins University.

The U.S., with the world's third-largest population, has recorded more fatalities from COVID-19 than any other country, followed by Italy with 22,170 dead although its population is just a fifth of that of the U.S.

As the death toll surges at alarming rates, U.S. President Donald Trump this week assured the public that the country was past the worst of the coronavirus pandemic and that he will announce guidelines for reopening the economy soon.

"It is clear that our aggressive strategy is working," he told a news conference. "The battle continues but the data suggests that nationwide we have passed the peak on new cases."

Sweeping stay-at-home restrictions to curb the spread of the disease that have been in place for weeks in many areas of the country have taken a painful toll on the economy, raising questions over how the country can sustain business closures and travel curbs.

The U.S. has been battered by the coronavirus, with nearly 671,425 confirmed cases on Friday, by far the highest number in the world.