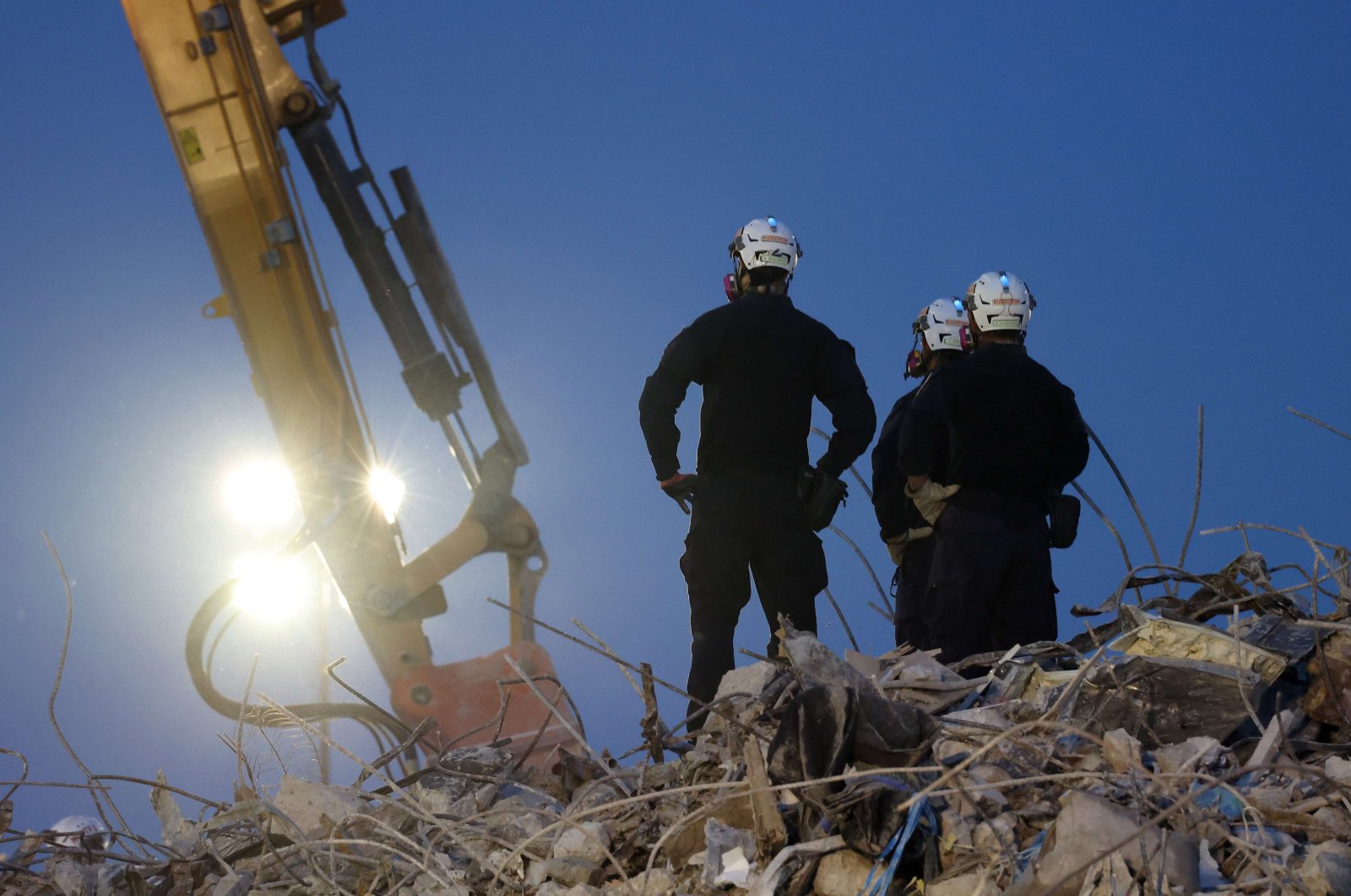 "It is a staggering and heartbreaking number that affects all of us very, very deeply," said Daniella Levine Cava, mayor of Miami-Dade County. She told reporters that 62 of the corpses so far recovered have been identified as part of what Levine Cava called "the largest ever non-hurricane emergency response effort in Florida's history."

A total of 43 people remain listed as missing. After clinging to hope for two weeks after the June 24 collapse, the authorities on Wednesday finally ended the rescue part of their work to focus on the search for remains.

Teams working around the clock did announce one tiny miracle: they found a cat wandering nearby that had belonged to a family living on the tower's ninth floor. The short-haired black cat, named Binx, was turned over to relatives of the family.

The 12-story Champlain Towers South partially collapsed without warning in the early hours of June 24. Investigators are continuing to study possible reasons for the disaster, but an earlier engineering report had flagged significant structural problems.

With a still-standing portion of the building posing danger to search teams, the authorities on Sunday brought it down in a controlled implosion. Since then, bodies have been recovered at a faster pace.

"We're definitely at ground level and a few feet below, so we're continuing our efforts," said Miami-Dade fire chief Alan Cominsky. He said there was no definite timeline for completing the job, but "we're definitely making progress."