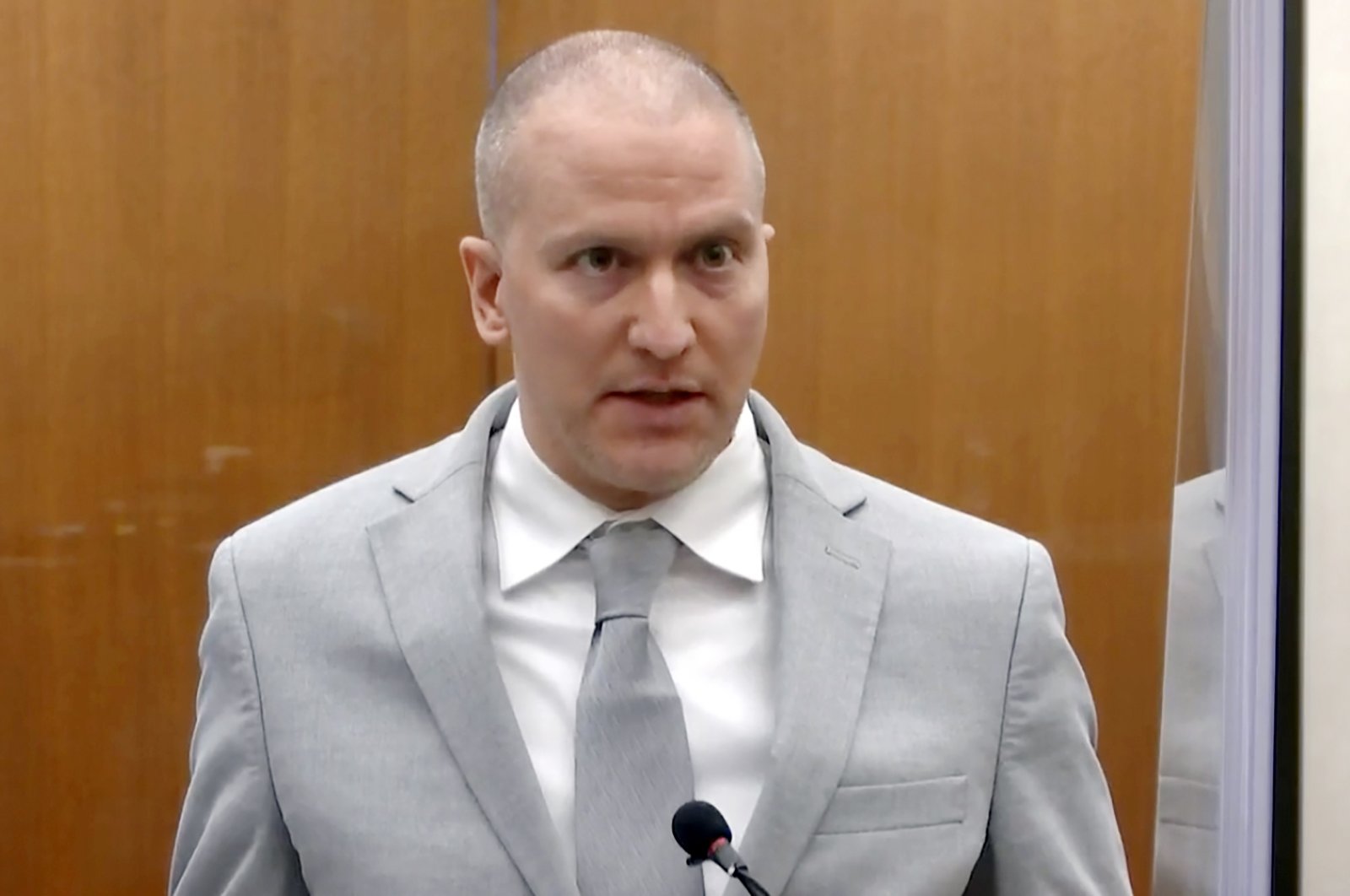 Chauvin’s plea Wednesday means he will not face a federal trial in January, though he could end up spending more years behind bars when a judge sentences him at a later date.

Chauvin, who is white, was convicted this spring of state murder and manslaughter charges for pinning his knee against Floyd’s neck during a May 25, 2020, arrest as the black man said he couldn’t breathe. Chauvin was sentenced to 22 1/2 years in that case.

The federal charges included two counts alleging that Chauvin deprived Floyd of his rights by kneeling on his neck as he was handcuffed and not resisting, and then failing to provide medical care.

Chauvin appeared in person Wednesday for the change of plea hearing and wore an orange short-sleeved prison shirt.

Three other former officers – Thomas Lane, J. Kueng and Tou Thao – were indicted on federal charges alongside Chauvin earlier this year. They are still on course for trial early next year on those charges, with a state trial still to come.

Floyd’s arrest and death, which a bystander captured on cellphone video, sparked mass protests nationwide calling for an end to racial inequality and police mistreatment of black people.

In Minnesota, defendants with good behavior serve two-thirds of their sentence in prison, and the remaining one-third on supervised release, also known as parole. Under that formula, he’s expected to serve 15 years in prison on the state charges, and 7 1/2 years on parole.

Under sentencing guidelines, Chauvin could get a federal penalty ranging from 27 years to more than 33 years in prison, with credit for taking responsibility, said Mark Osler, a professor at the University of St. Thomas School of Law. But the guidelines are not mandatory, and Osler estimated Chauvin would be sentenced toward the lower end of the range.

As part of the plea deal, Chauvin also pleaded guilty to violating the rights of a then-14-year-old boy during a 2017 arrest in which he held the boy by the throat, hit him in the head with a flashlight and held his knee on the boy’s neck and upper back while he was prone, handcuffed and not resisting.

To bring federal charges in deaths involving police, prosecutors must believe an officer acted under the “color of law,” or government authority, and willfully deprived someone of their constitutional rights. That’s a high legal standard. An accident, bad judgment or simple negligence on the officer’s part isn’t enough to support federal charges. Prosecutors have to prove the officer knew what he was doing was wrong at that moment but did it anyway.

According to evidence in the state case against Chauvin, Kueng and Lane helped restrain the 46-year-old Floyd as he was on the ground – Kueng knelt on Floyd’s back and Lane held down Floyd’s legs. Thao held back bystanders and kept them from intervening during the 9 1/2-minute restraint.

All four former officers were charged broadly in federal court with depriving Floyd of his rights while acting under government authority, but the federal indictment broke down the counts even further. The first count against Chauvin alleges he violated Floyd’s right to be free from unreasonable seizure and unreasonable force by a police officer when he kept his knee on Floyd's neck, even after Floyd was unresponsive.

The second count alleges Chauvin willfully deprived Floyd of liberty without due process, including the right to be free from “deliberate indifference to his serious medical needs.”

According to a police report from that 2017 encounter involving the then-14-year-old boy, Chauvin wrote that the teen resisted arrest and after the teen, whom he described as 6-foot-2 and about 240 pounds, was handcuffed, Chauvin “used body weight to pin” him to the floor. The boy was bleeding from the ear and needed two stitches.

That encounter was one of several mentioned in state court filings that prosecutors said showed Chauvin had used neck or head and upper body restraints seven times before dating back to 2014, including four times state prosecutors said he went too far and held the restraints “beyond the point when such force was needed under the circumstances.”

The other three former officers are still expected to go to trial on federal charges in January, and they face state trial on aiding and abetting counts in March.