Despite Delta surge, Fauci says US not headed back to lockdown 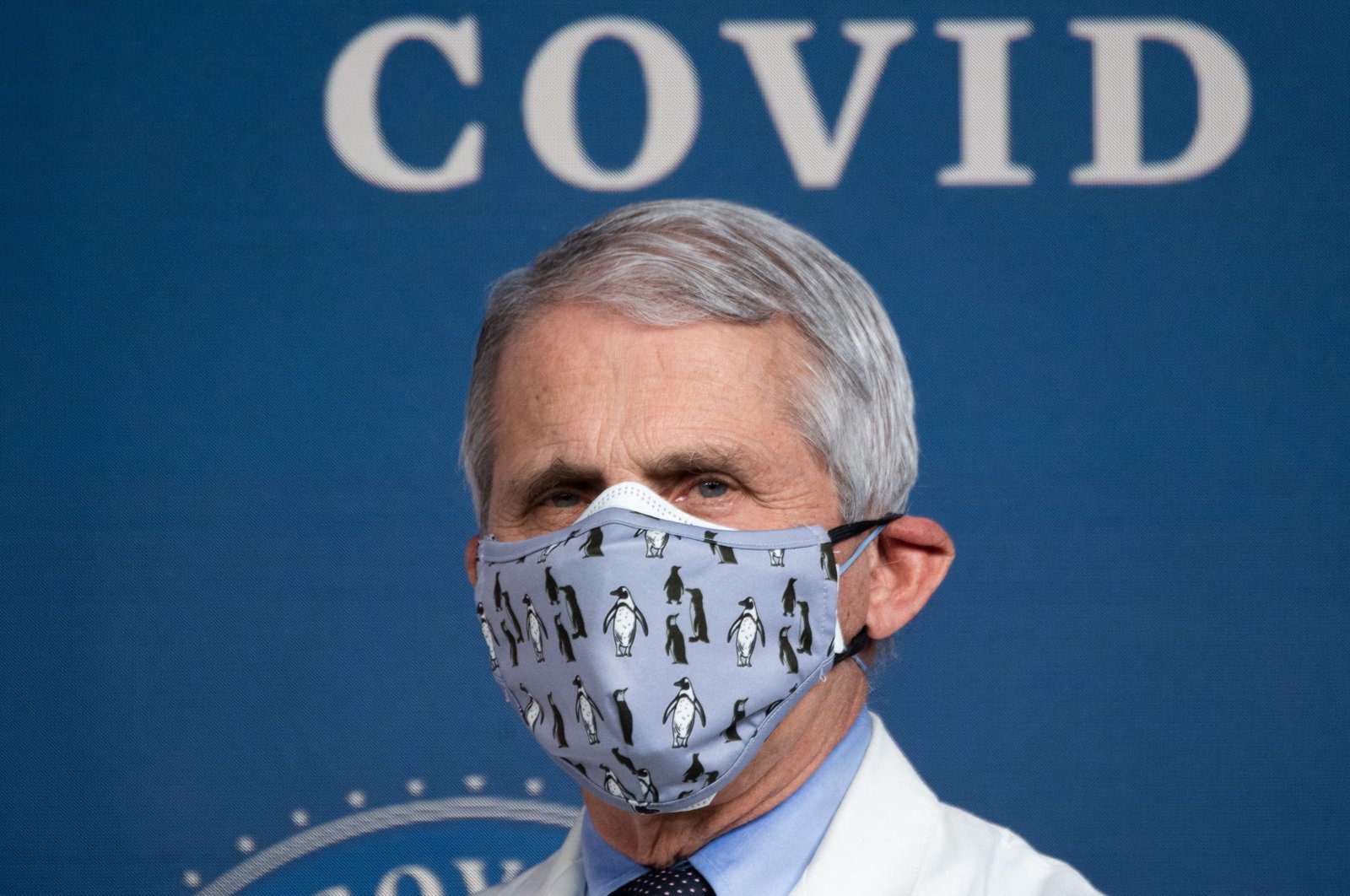 Dr. Anthony Fauci listens as U.S. President Joe Biden (out of frame) speaks about the 50 million doses of the COVID-19 vaccine shot administered in the U.S. during an event commemorating the milestone in the Eisenhower Executive Office Building in Washington, DC, U.S., Feb. 25, 2021. (AFP Photo)
by French Press Agency - AFP
Aug 01, 2021 9:02 pm

The United States is unlikely to be sent back into lockdown despite a surge in COVID-19 cases stemming from the delta variant, top U.S. scientist Anthony Fauci said Sunday.

America is in for "some pain and suffering in the future," but enough people have now been vaccinated to prevent a repeat of last winter's deadly surge, the infectious disease expert who advises President Joe Biden told ABC's "This Week."

"I don't think we're going to see lockdowns," Fauci said after Biden's announcement this week that the United States was probably headed for new restrictions because of the delta variant surge.

Elsewhere in the world, countries including China and Australia have, in fact, put some of their people back under lockdown as the highly contagious variant spreads, not long after it seemed life was beginning to return to normal.

The U.S. Centers for Disease Control and Prevention changed course this week and said fully vaccinated people should mask up again indoors in higher-risk areas of the country.

The top U.S. health authority says the delta variant is as contagious as chickenpox and, critically, that breakthrough cases in vaccinated individuals, though still rare, may be as transmissible as unvaccinated cases.

This change in mask policy, after Biden had predicted a "summer of freedom" if enough Americans got a shot, has caused worries that confidence in COVID-19 vaccines would be undermined.

Fauci tempered this on Sunday by reiterating that people who are vaccinated run a very low risk of infection, and even lower hospitalization or death if they do get sick.

"We are seeing an outbreak of the unvaccinated," he said.

Francis Collins, director of the National Institutes of Health, said Sunday he was worried that some people might take the mask policy shift to indicate vaccines are not effective, "which would be absolutely wrong."

"If you're vaccinated right now, your likelihood of getting severely sick is 25-fold reduced," he told CNN's "State of the Union."

New COVID-19 cases are up four-fold in the past few weeks, but vaccination rates are up sharply, too, Collins said.

"The good news is that people are getting the message," he said.

Just under %60 of the U.S. population over age 12 is fully vaccinated, the CDC says.

But there are wide disparities from one region to another as vaccination took on a political tint under Donald Trump, with the liberal north and east more open to getting a shot and the conservative south warier.