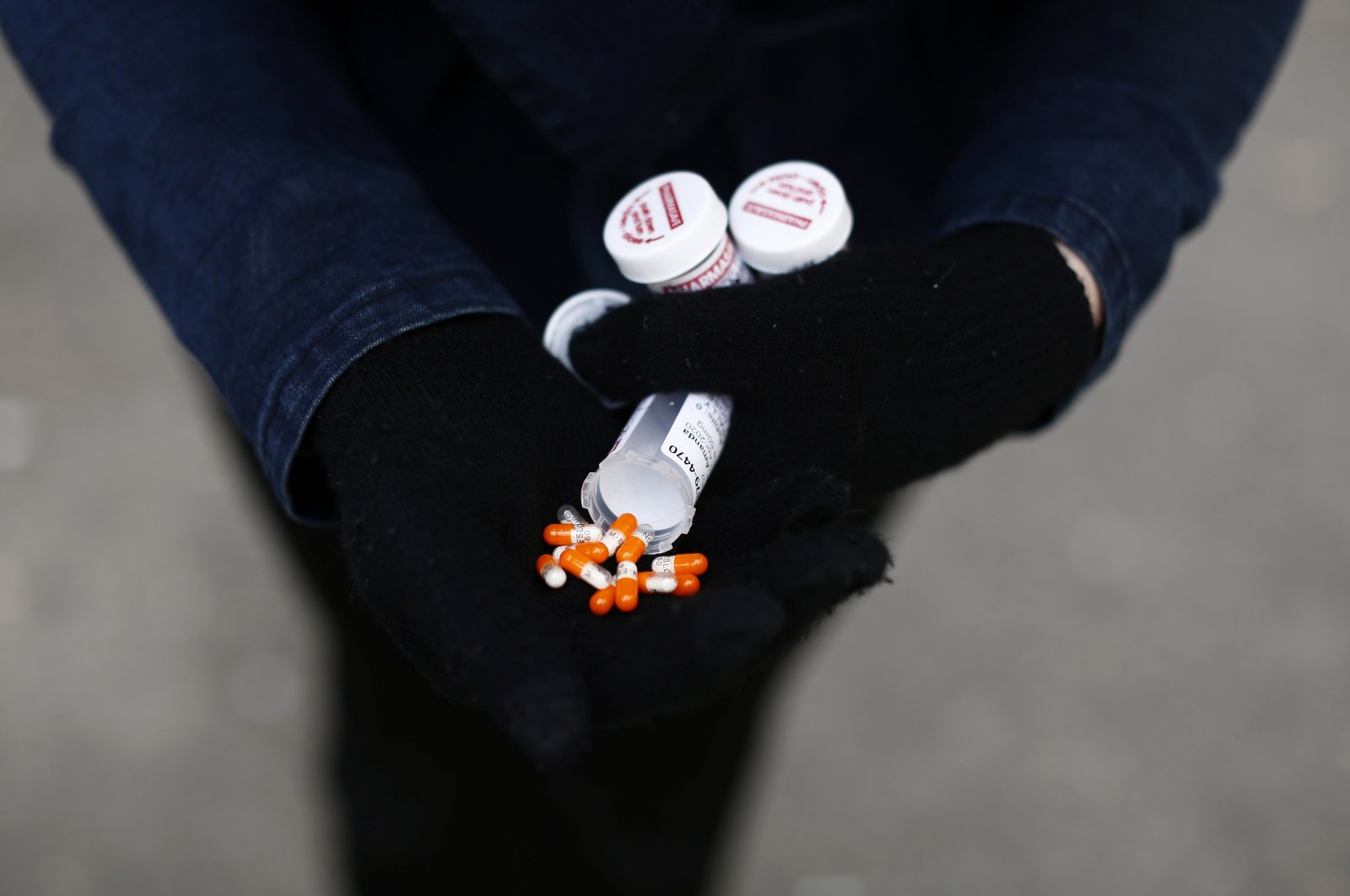 A fentanyl user displays a "safe supply" of opioid alternatives, including morphine pills, provided by the local health unit to combat overdoses due to poisonous additives and to support addicts and the homeless practicing social distancing to help slow the spread of COVID-19, in Vancouver, British Columbia, Canada, April 6, 2020. (Reuters Photo)
by DAILY SABAH Feb 12, 2021 5:43 pm
RECOMMENDED

The number of deaths due to illegal drug use exceeded the number of people who died from the COVID-19 disease in 2020 in Canada’s British Columbia, officials announced Thursday.

Chief coroner of British Columbia Lisa Lapointe said that 2020 was the state’s deadliest year ever for drug overdoses. She said that 1,716 people died due to illicit drug use, which corresponds to 4.7 deaths a day. The number means a 74% increase compared to 2019.

According to the Canadian Ministry of Health, the total number of people who died in British Columbia due to COVID-19 since the beginning of the outbreak is 1,269.

More than 80% of deaths were caused by fentanyl, followed by cocaine and methamphetamine fatalities.

Fentanyl, a synthetic opioid pain medication, grabbed the world's attention after it caused the deaths of at least 13 people in one night in Canada in December 2016.

Although it is considered addictive, fentanyl is still produced in laboratories due to its legitimate medical uses. Doctors prescribe fentanyl for cancer patients with tolerance to other narcotics, and it is also used as an anesthetic, making it a valuable drug.

Both Canada and the U.S. are working hard to stop drug smugglers but have achieved little success so far in preventing this drug from entering their countries illegally. With every passing day, the authorities confirm more fentanyl overdoses.