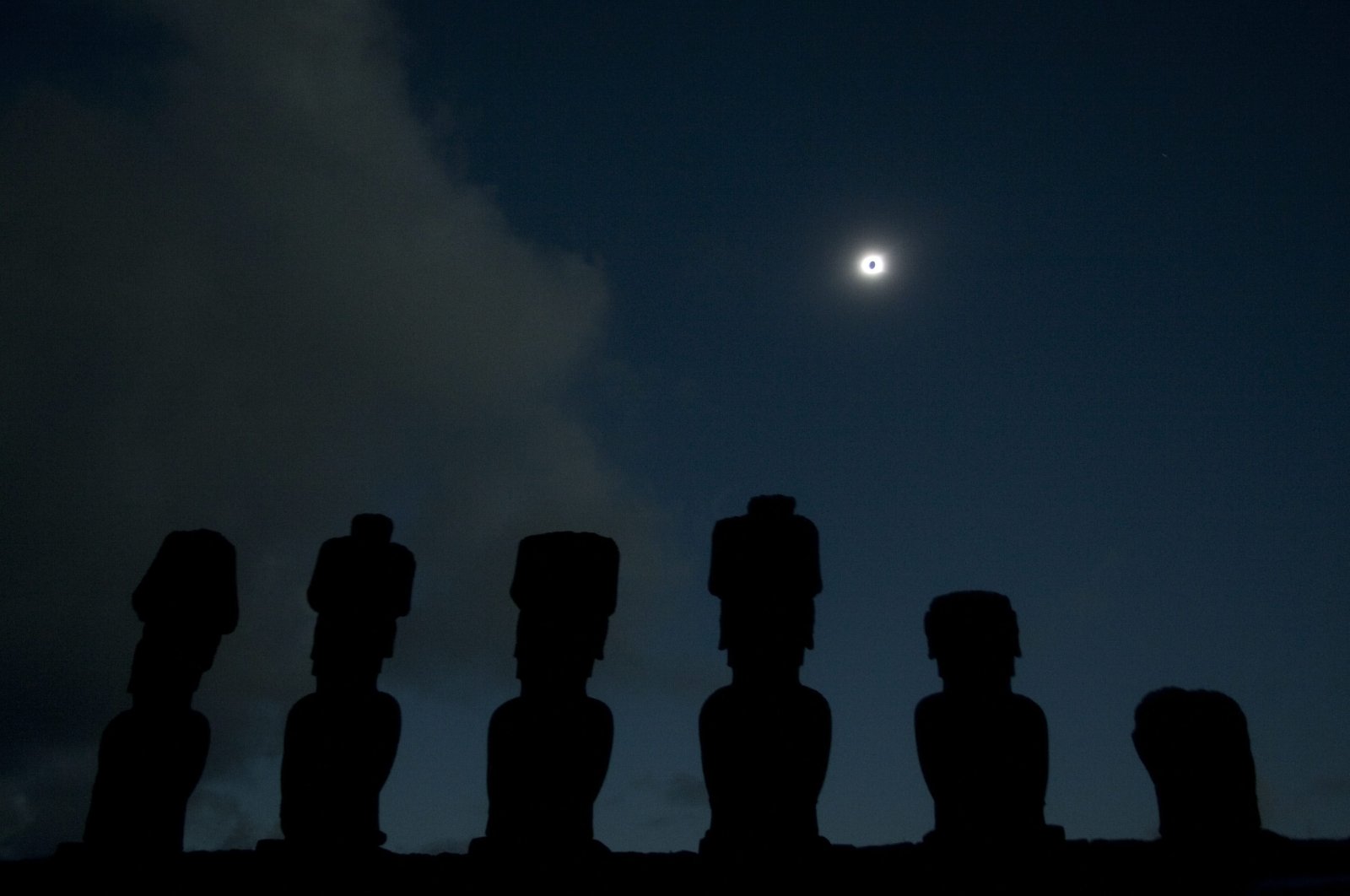 Residents of Easter Island have turned to a traditional ancestral discipline to slow the spread of the coronavirus that has led to a lockdown threatening the vital tourism sector on the Pacific island and the inhabitants' livelihoods.

Situated 3,500 kilometers (2,200 miles) off the coast of Chile, the island of 7,750 people is renowned for its giant humanoid monoliths called moais that were sculpted from basalt more than 1,000 years ago.

So far, there have been just two confirmed coronavirus cases on Easter Island, with two or three more under observation. But the local population can ill afford the outbreak to spread with just one hospital and three ventilators on the island.

Faced with this crisis, the locals have turned to the Tapu, an ancient tradition based on taking care of oneself that has been passed down through generations of the native Rapa Nui people.

"To accompany this self-care concept, we're applying the Rapa Nui tradition, an ancestral rule based on sustainability and respect," said the island's mayor, Pedro Edmunds.

"It's called Tapu. You can hear about this concept in all the Polynesian islands."

Tapu is a complex concept related to secrecy, rules and prohibitions from which the English word "taboo" derives.

"If you say the word Tapu to a Polynesian, they will immediately tell you why we have to do Tapu. That's precisely because they know and understand what it signifies," said Edmunds.

It means that the island's lockdown has been diligently respected, leading to the virus being prevented from spreading far and wide.

"We've applied the Tapu concept for all Rapa Nui and the acceptance has been incredible," said Edmunds.

"The virus is contained in two families in the same area, so we know where they are, who they are, and they've been respecting the (isolation) protocols since the beginning," Edmunds told Agence France-Presse (AFP).

The local government was quick to react to the spreading pandemic in Latin America, closing the island's borders on March 11, a week before Chile's government in Santiago did likewise, with the apparition of its first positive case.

Throughout Chile, there have now been more than 3,000 cases with 16 deaths.

A week ago, Easter Island was put under total lockdown with a nighttime curfew from 2 p.m. to 5 a.m. On Tuesday, these were extended for a further two weeks.

With streets, beaches and parks deserted, the indigenous inhabitants have turned to the knowledge passed down through generations to deal with the crisis.

Some indigenous Rapa Nui inhabitants have already adapted to their new circumstances and started to cultivate their land, like their ancestors did, said Sabrina Tuki, who has worked in tourism for 20 years.

"Our family and many families are already applying a Plan B and we've already started planting," said Tuki, whose regular work has completely ground to a halt.

Everyone is worried about the coming months. Edmunds says the island's inhabitants can last for a month with the borders closed.

But at the end of April, 3,000 people "will be seen begging in the streets for food from some local or national authority, because they won't be able to eat," said Edmunds.

It won't be the Rapa Nui, though, according to Edmunds, because the community has begun to rally together behind its concept of Tapu.

But the island's other inhabitants, who make up around half the population and mostly work in the service industry, will be in trouble.

The mayor doesn't expect the recovery to come until August, when tourists would return to the islands.

When it does restart, he's expecting a reduced capacity compared to the two flights a week the island was welcoming until three weeks ago.

Only one airline, Latam, operated the five-hour flights from the continent, but like many airlines, its business has been hard hit by the virus.

"We're all affected; the whole chain, from the biggest agency to the craftsman," said Samuel Atan, a hiking guide who says the crisis caught everyone unawares.

The pandemic has highlighted the fragility of such a remote location. Without state subsidies, many could not survive, Edmunds says.

The challenge for the future will be to improve infrastructure and "re-enchant people to come back," said Tuki.