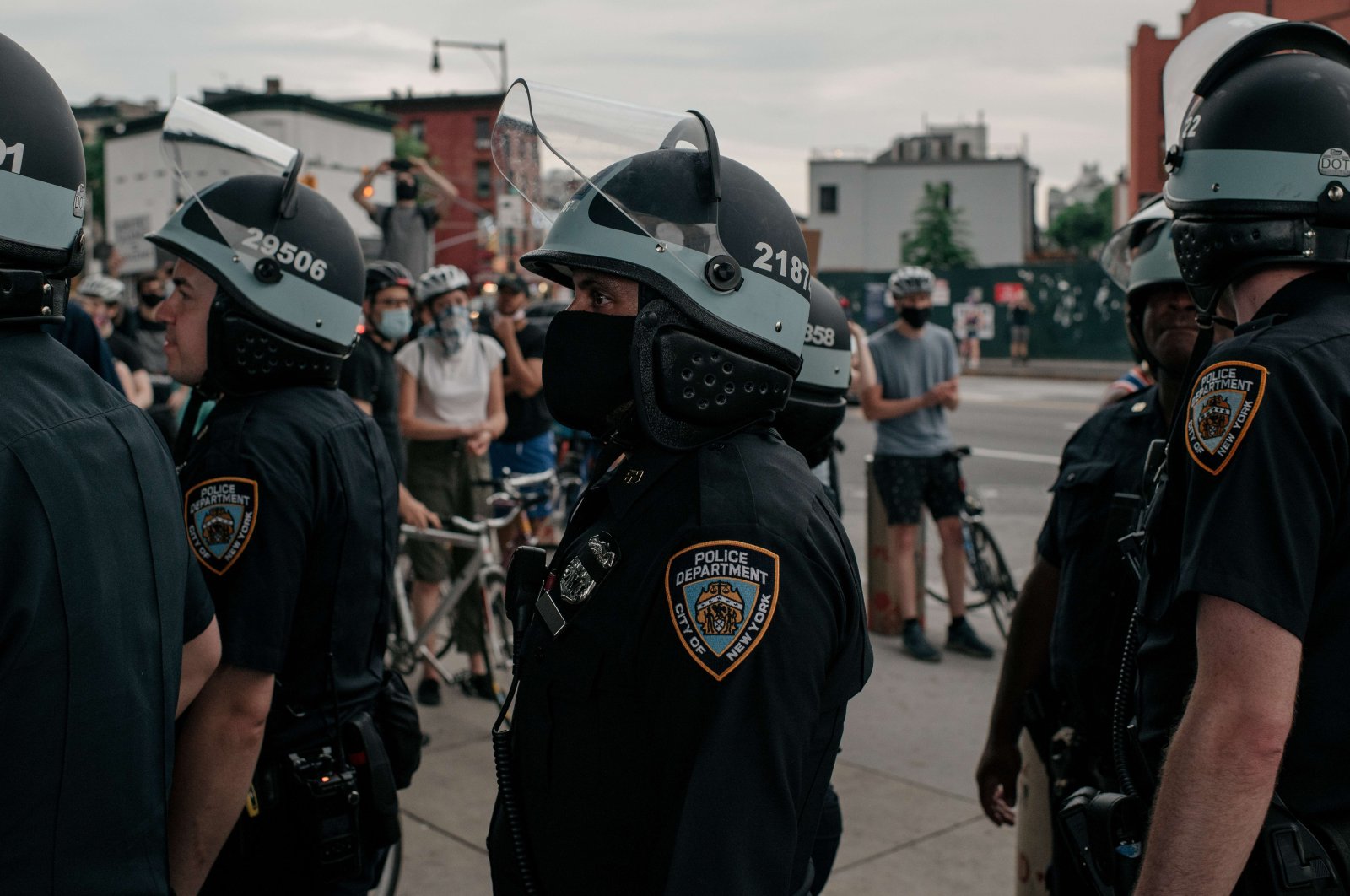 NYPD officers stand in line near a demonstration denouncing systemic racism in law enforcement in the borough of Brooklyn minutes before a citywide curfew went into effect on June 4, 2020 in New York City. (AFP Photo)
by Compiled from Wire Services Jun 05, 2020 7:54 pm
RECOMMENDED

The latest night of protests in New York City sparked by the death of George Floyd at the hands of police was markedly calmer, while video of a police officer appearing to shove a 75-year-old man who falls and cracks his head in Buffalo drew widespread condemnation.

Video from the news station WFBO showed a Buffalo police officer appearing to push the 75-year-old man who walked up to police clearing Niagara Square around the 8 p.m. curfew Thursday. The man falls straight backward and hits his head on the pavement, with blood leaking out as officers walk past.

The mayor of the western New York city, who expressed he was "deeply disturbed” by the video, said the unidentified man was in "stable but serious" condition at a hospital.

"While it is early, thankfully he is expected to recover,” Erie County Executive Mark Poloncarz tweeted shortly after midnight.

New York Gov. Andrew Cuomo endorsed the officers' suspensions, tweeting that what was seen on video was "wholly unjustified and utterly disgraceful.”

The district attorney's office "continues to investigate the incident," officials said in a news release, but the victim could not talk to investigators Thursday night.

The office of state Attorney General Letitia James tweeted that officials there were aware of the video. U.S. Sen. Charles Schumer called for an investigation, according to a statement reported by WIVB-TV.

"The casual cruelty demonstrated by Buffalo police officers tonight is gut-wrenching and unacceptable," John Curr, the Buffalo chapter director for the New York Civil Liberties Union, said in a statement, adding that it should be a "wake-up call” for city leaders to address police violence.