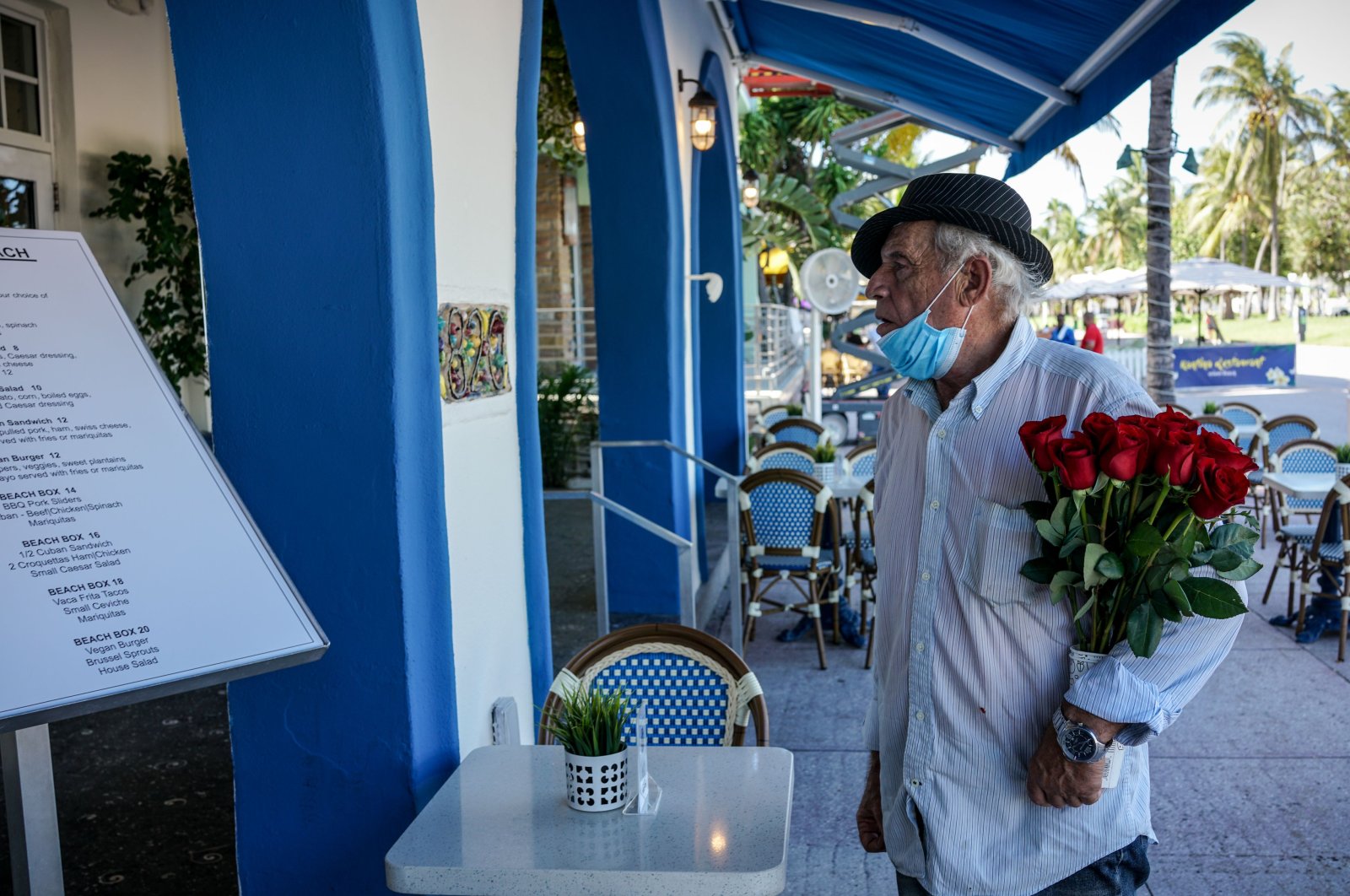 In this file photo taken on June 9, 2020, an elderly man holds a bouquet of roses as he looks at the menu outside a restaurant on Ocean Drive in South Beach, Miami. (AFP Photo)
by Compiled from Wire Services
Jun 14, 2020 5:48 pm

A 70-year-old man, who is regarded as the longest hospitalized COVID-19 patient from the U.S. city of Seattle received a $1.1 million hospital bill for the coronavirus treatment with nearly 3,000 itemized charges.

Michael Flor, who spent almost two months in hospital fighting the coronavirus has been billed with an enormous $1.12 million bill for his treatment.

On March 4, Flor tested positive for the coronavirus in Swedish Medical Center in Issaquah.

He spent 62 days in the hospital, before making a miraculous recovery and was released on May 6. Flor was deservedly called “the miracle child” as he is the longest hospitalized COVID-19 patient. As ironic as it sounds he is now being dubbed “the million-dollar baby” as medical facility hit him with the 81-page bill for his treatment.

The Seattle Times reported that “for the two days when Flor's heart, kidneys and lungs were all failing and he was nearest death.” It pointed out that doctors spent nearly $100,000 on treatment to save him from death.

The report also said that nearly a quarter of the $1.12 million bill was composed of drug costs.

Flor told local media that he feels guilty for his survival from COVID-19 disease.

“I feel guilty about surviving... Why did I deserve all this? Looking at the incredible cost of it all definitely adds to that survivor's guilt,” he said.

“It was a million bucks to save my life, and of course I'd say that's money well-spent,” Flor told The Times.

“But I also know I might be the only one saying that,” he added.

More than 2 million people have tested positive for the novel coronavirus in the U.S. According to America's Health Insurance Plans the average cost of the coronavirus treatment in U.S. hospitals is about $30,000.

New coronavirus cases and hospitalizations in record numbers swept through more U.S. states, including Florida and Texas on Sunday.

Alabama, Florida and South Carolina reported a record number of new cases for the third day in a row on Saturday, which many state health officials partly attribute to gatherings over the Memorial Day holiday weekend in late May.