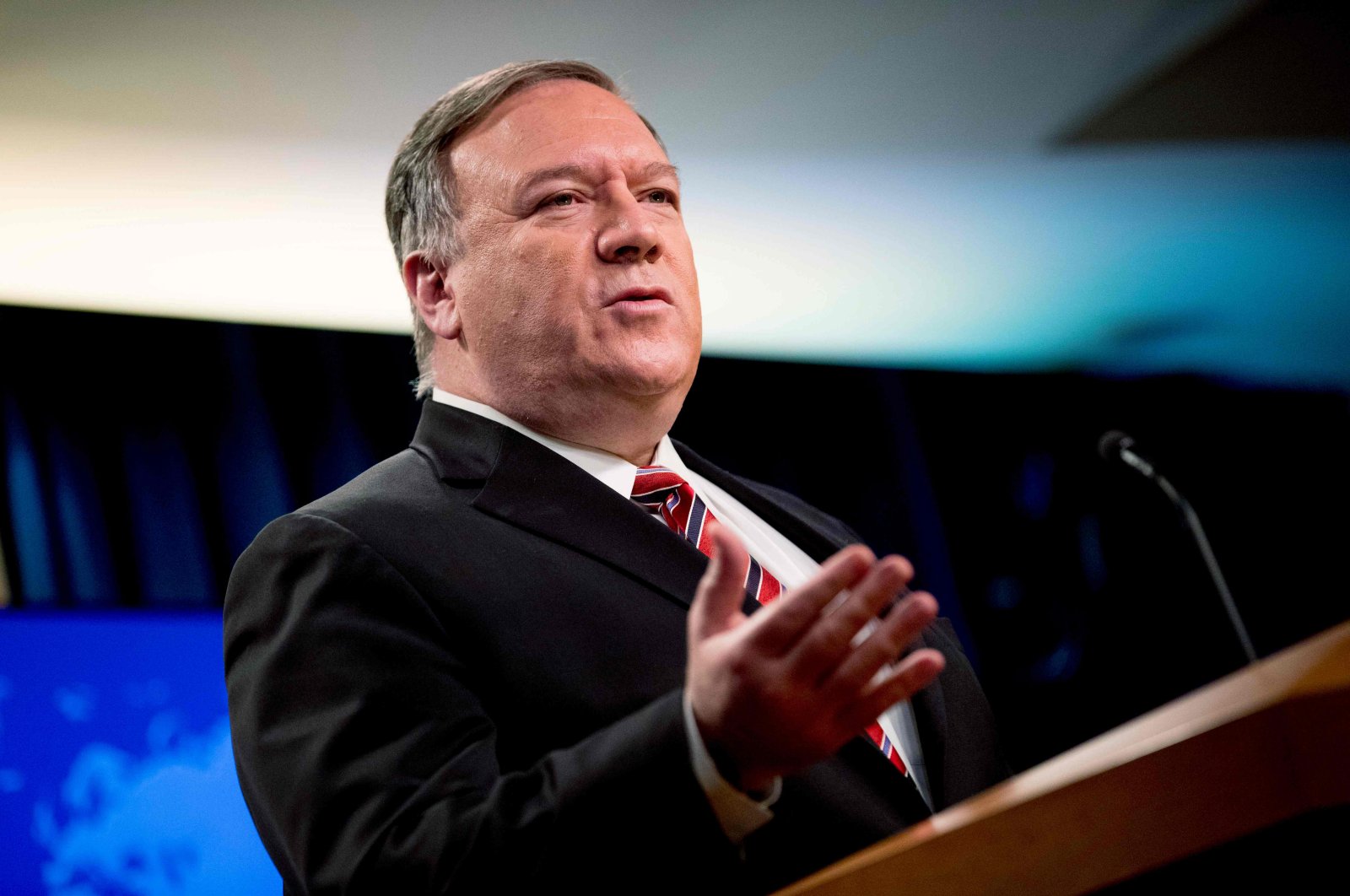 In this file photo, U.S. Secretary of State Mike Pompeo pauses while speaking at a news conference at the State Department on April 29, 2020, in Washington,D.C. (AFP Photo)
by French Press Agency - AFP May 03, 2020 5:05 pm
Edited By Nurbanu Tanrıkulu Kızıl
RECOMMENDED

Secretary of State Mike Pompeo said on Sunday there was "a significant amount of evidence" that the new coronavirus emerged from a Chinese laboratory, but did not dispute U.S. intelligence agencies' conclusion that it was not man-made.

"There is a significant amount of evidence that this came from that laboratory in Wuhan," Pompeo told ABC's "This Week," referring to the virus that emerged late last year in China and has killed about 240,000 people around the world, including more than 67,000 in the United States.

Pompeo then briefly contradicted a statement issued this week by the top U.S. spy agency that said the virus did not appear to be man-made or genetically modified. That statement undercut conspiracy theories promoted by anti-China activists and some supporters of President Donald Trump who suggest it was developed in a Chinese government biological weapons laboratory.

"The best experts so far seem to think it was man-made. I have no reason to disbelieve that at this point," Pompeo said. When the interviewer pointed out that was not the conclusion of U.S. intelligence agencies, Pompeo backtracked, saying, "I've seen what the intelligence community has said. I have no reason to believe that they've got it wrong."

The U.S. State Department did not immediately respond to a request for clarification on Pompeo's comments.

Thursday's report from the Office of the Director of National Intelligence said it concurred with "the wide scientific consensus" that the disease was not man-made.

U.S. officials familiar with intelligence reporting and analysis have said for weeks that they do not believe Chinese scientists developed the coronavirus in a government biological weapons lab from which it then escaped.

Rather, they have said they believe it was either introduced through human contact with animals at a meat market in the central city of Wuhan or could have escaped from one of two Wuhan government laboratories believed to be conducting civilian research into possible biological hazards.