Face masks mandatory in US House after lawmaker contracts coronavirus 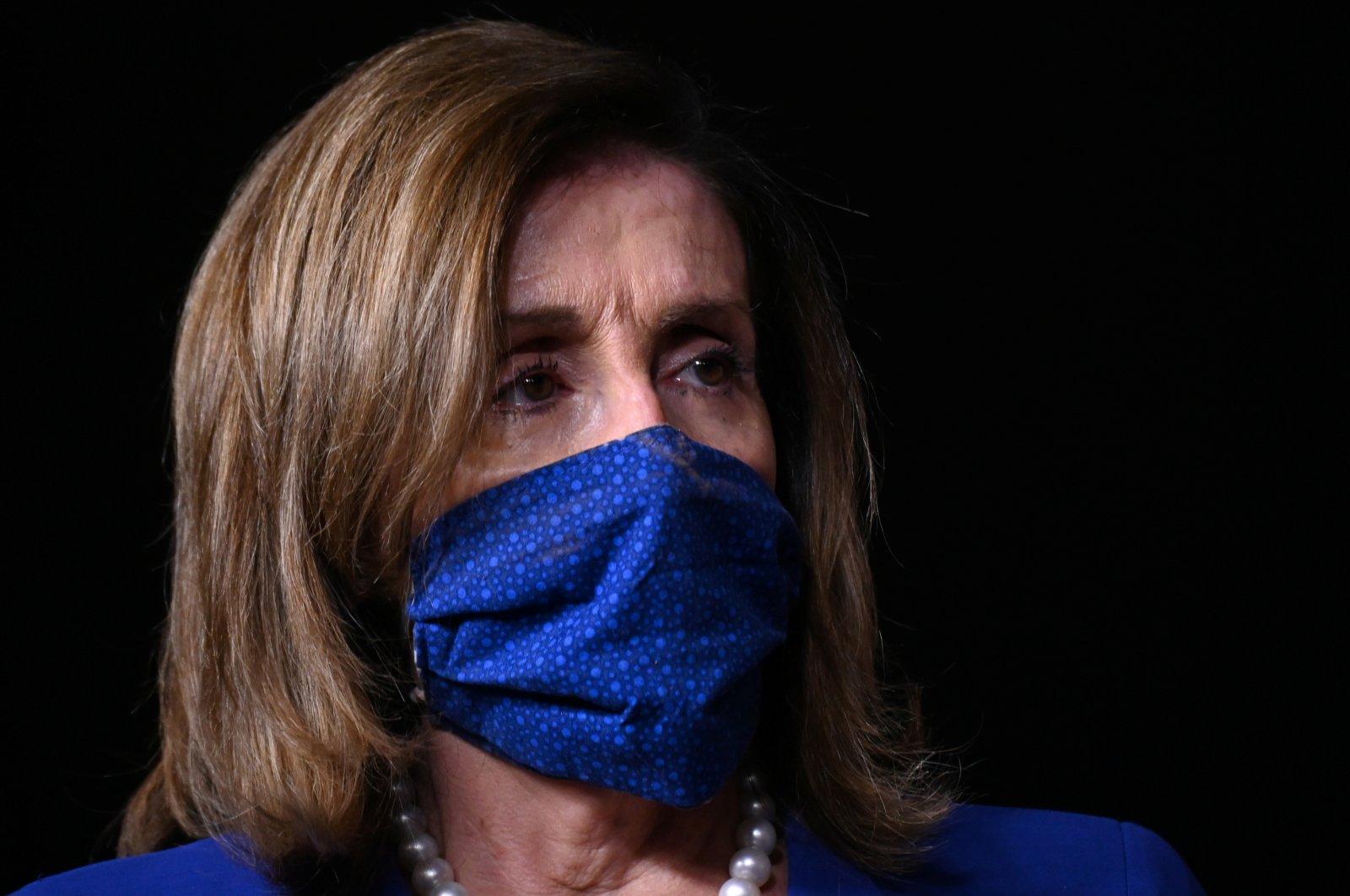 U.S. House Speaker Nancy Pelosi listens during a news conference ahead of House votes on the Child Care Is Essential Act and the Child Care for Economic Recovery Act in the U.S. Capitol, Washington, U.S. July 29, 2020. (Reuters Photo)
by German Press Agency - DPA
Jul 30, 2020 11:52 am

After a Republican lawmaker who regularly refused to wear a mask while in Congress tested positive for the coronavirus, House Speaker Nancy Pelosi announced Wednesday that wearing face masks would be mandatory in the House of Representatives.

"Members and staff will be required to wear masks at all times in the hall of the House," Pelosi said, adding that representatives were allowed to remove them when they addressed the floor.

Without wearing a mask, members and staff "will not be permitted to enter the hall," Pelosi said.

Face masks had previously been mandatory in committee sessions but were only recommended outside of that.

According to media reports, the new measure is to take effect from Thursday morning onwards.

Republican lawmaker Louie Gohmert, who had been due to travel to Texas with U.S. President Donald Trump, tested positive for the coronavirus, he confirmed in a video posted on Twitter on Wednesday.

He was screened and tested positive at the White House, Politico had reported, citing multiple sources.

Gohmert later confirmed he had a quick test on the way into the White House on Wednesday that came back positive, and another swab test later that was also positive.

He said he was asymptomatic but added "apparently I have the Wuhan virus" in the video, using a term Trump previously favored to describe the virus, which was first detected in the Chinese city of Wuhan.

At least seven other lawmakers in both the House and Senate have tested positive so far, along with at least three people who worked at the White House.

Gohmert had been in a House Judiciary Committee hearing on Tuesday with Attorney General Bill Barr. Gohmert said in the Twitter post that he had started wearing masks.

"I've worn a mask more the last week or two more than I have in the whole last four months, and I was wearing my mask at the judiciary hearing," he said.

Politico reported that footage taken before the hearing showed Gohmert and Barr in close contact with neither of them wearing masks.

The Texas lawmaker, who has been in the House of Representatives for nearly 16 years, has previously defended his habit of not covering his face by saying he is tested regularly. He has derided, to an extent, people who wear masks during the pandemic.

Gohmert said now that he has tested positive he will "be very very careful to make sure I don't give it to anyone else and we'll see how it goes."

In a radio interview with Fox News radio host Sean Hannity broadcast later, he said he would isolate back in Texas, but would not fly, take a train or expose anybody during his travel there.

Trump had already traveled to Texas earlier Wednesday for a presidential visit to an energy facility.