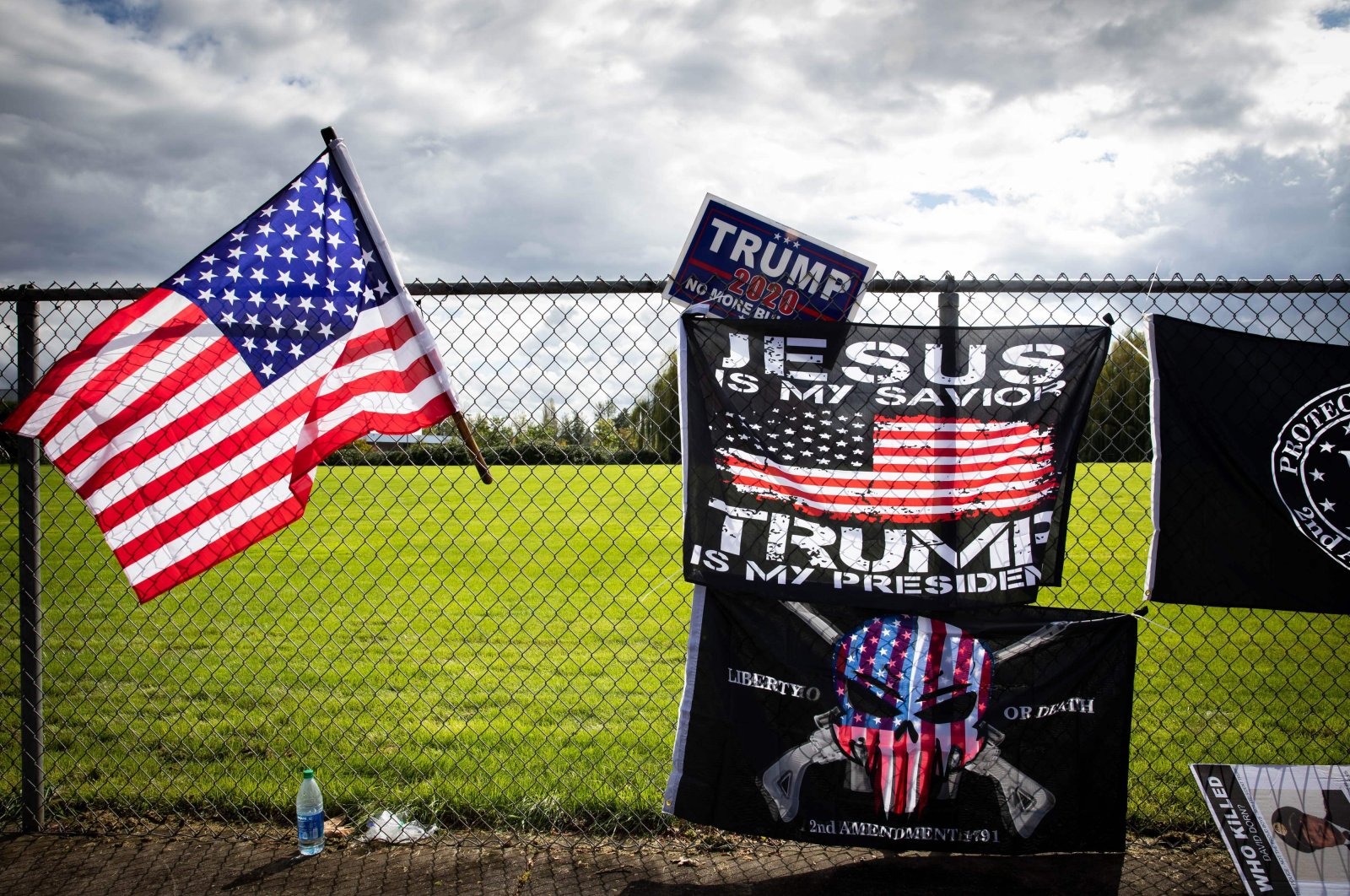 Proud Boys leaders and supporters later celebrated the president’s words on social media. A channel on Telegram, an instant messaging service, with more than 5,000 of the group’s members posted “Stand Back” and “Stand By” above and below the group’s logo as some of its members saw it as tacit approval.

Trump was responding to a question from debate moderator Chris Wallace during the first presidential debate on Tuesday, who asked the president if he would condemn white supremacist and militia groups that have shown up at some protests.

Wallace specifically mentioned Kenosha, Wisconsin, where a white teenager was charged with killing two protesters during demonstrations over the police shooting of Jacob Blake, a black man. Trump has repeatedly blamed “Antifa,” an anti-fascist movement.

“I'm willing to do anything. I want to see peace," Trump said. “What do you want to call them? Give me a name."

“Proud Boys,” Democrat Joe Biden chimed in, referencing a far-right extremist group that has shown up at protests in the Pacific Northwest. The male-only group of neo-fascists identify themselves as “Western chauvinists,” and have been known to incite street violence.

The Southern Poverty Law Center, a major civil rights organization, has classified the Proud Boys as a hate group. The group is known for anti-Muslim and misogynistic rhetoric.

FBI Director Christopher Wray told a congressional panel last week that white supremacists and anti-government extremists had been responsible for most of the recent deadly attacks by extremist groups within the U.S.

The growing presence of armed militia-style groups during protests over the police shooting of Jacob Blake and the killing of George Floyd has ignited further unrest and chaos in the U.S. In August, a 17-year-old with ties to arch-conservative groups was charged with shooting dead two people protesting against police mistreatment of black people in Kenosha. At the end of August in Portland, an activist aligned with the leftist Antifa movement shot dead a supporter of a far-right Patriot Prayer group during a protest. The Antifa shooter, Michael Reinoehl, was killed by police days later.

Wray told lawmakers that, aside from "lone wolf" attackers inspired by terrorist groups like Daesh, white supremacists remain the biggest domestic terror threat. "Within the domestic terrorism bucket as a whole, racially motivated violent extremism is, I think, the biggest bucket within that larger group," he told the committee.