Fauci warns of 'suffering and death' if US reopens too early 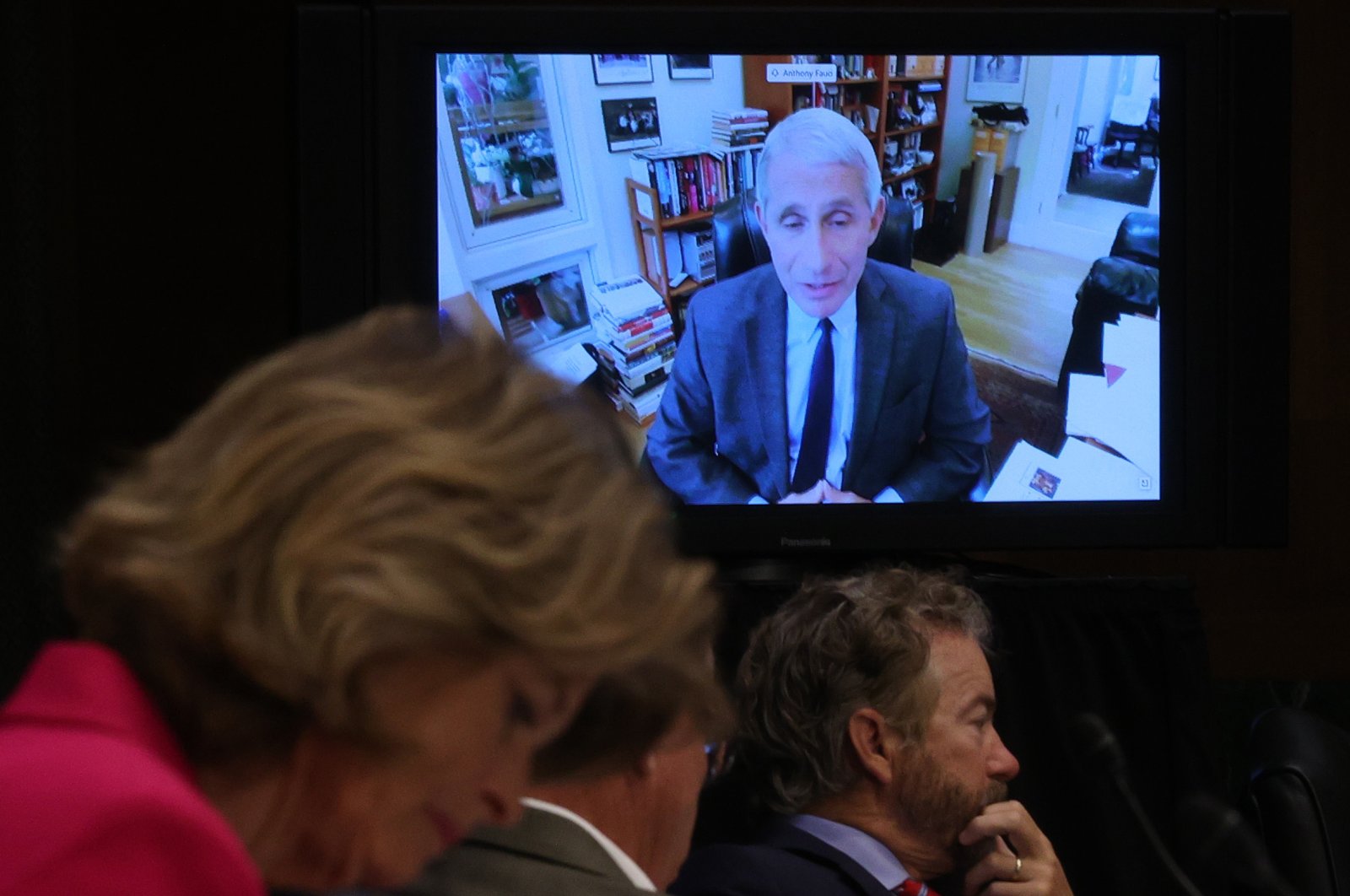 Senators listen to Dr. Anthony Fauci, director of the National Institute of Allergy and Infectious Diseases speak remotely during a Senate committee meeting, Washington, May 12, 2020. (AFP Photo)
by Associated Press May 12, 2020 9:20 pm
RECOMMENDED

Dr. Anthony Fauci, the U.S.' top infectious disease expert, warned a Senate committee bluntly on Tuesday that "really serious” consequences of suffering, death and deeper economic damage would occur if state and local officials lifted stay-at-home orders too quickly, despite President Donald Trump's calls for them to act prop up a free-falling economy.

Fauci's testimony before a Senate committee came as more than two dozen states began to lift lockdown measures as the first step toward economic recovery.

Underscoring the seriousness of the pandemic that has reached Congress and the White House, Fauci and other experts testified by video from their homes. Fauci and other health officials stressed that pandemic danger persists, even as testing increases and work toward a vaccine and treatment continues.

More COVID-19 infections are inevitable as people again start gathering, but how prepared communities are to stamp out those sparks will determine how bad the rebound is, Fauci told the senators, stating: "There is no doubt, even under the best of circumstances, when you pull back on mitigation you will see some cases appear.”

On a potential rush to reopen without following guidelines, Fauci added: "my concern is we will start to see little spikes that might turn into outbreaks,” judging the potential fall out to be "really serious.” The scientist said that a rush to reopen the economy would not only cause "suffering and death that could be avoided but could even set you back on the road to try to get economic recovery.”

His testimony comes as President Donald Trump is praising states that are reopening after the prolonged lockdown aimed at controlling the virus's spread.

With the U.S. economy in free-fall and more than 30 million people unemployed, Trump has been pressuring states to reopen. A recent Associated Press review determined that 17 states did not meet a key White House benchmark for loosening restrictions – namely a 14-day downward trajectory in new cases or positive test rates. Yet many of those have begun to reopen or are about to do so, including Alabama, Kentucky, Maine, Mississippi, Missouri, Nebraska, Ohio, Oklahoma, Tennessee and Utah.

Of the 33 states that have had a 14-day downward trajectory of either cases or positive test rates, 25 are partially opened or moving to reopen within days, the AP analysis found. Other states that have not seen a 14-day decline, remain closed despite meeting some benchmarks.

The health committee hearing offers a very different setting from the White House coronavirus task force briefings the administration witnesses have all participated in. Most significantly, Trump will not be controlling the agenda. Eyeing the November elections, Trump has been eager to restart the economy, urging on protesters who oppose their state governors’ stay-at-home orders and expressing his own confidence that the coronavirus will fade away as summer advances and Americans return to work and other pursuits.

The U.S. has seen at least 1.3 million infections and nearly 81,000 confirmed deaths from the virus, the highest toll in the world by far, according to a tally by Johns Hopkins University.