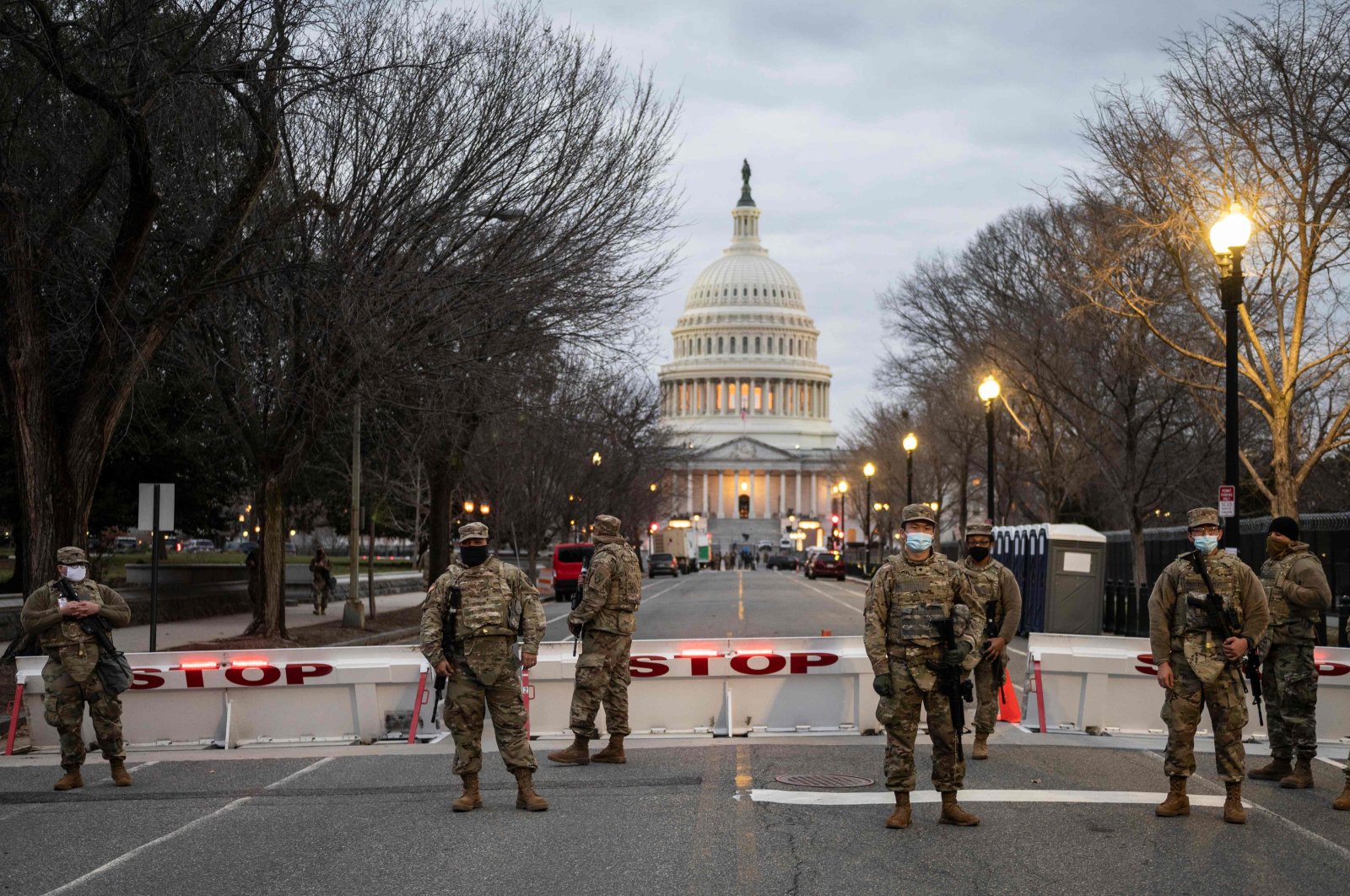 U.S. defense officials say they are worried about an insider attack or other threat from service members involved in securing President-elect Joe Biden’s inauguration, prompting the FBI to vet all of the 25,000 National Guard troops coming into Washington for the event.

The massive undertaking reflects the extraordinary security concerns that have gripped Washington following the deadly Jan. 6 insurrection at the U.S. Capitol by pro-Donald Trump rioters. And it underscores fears that some of the very people assigned to protect the city over the next several days could present a threat to the incoming president and other VIPs in attendance.

Army Secretary Ryan McCarthy told The Associated Press (AP) on Sunday that officials are conscious of the potential threat, and he warned commanders to be on the lookout for any problems within their ranks as the inauguration approaches. So far, however, he and other leaders say they have seen no evidence of any threats, and officials said the vetting hadn't flagged any issues that they were aware of.

”We’re continually going through the process, and taking second, third looks at every one of the individuals assigned to this operation,” McCarthy said in an interview after he and other military leaders went through an exhaustive, three-hour security drill in preparation for Wednesday’s inauguration. He said Guard members are also getting training on how to identify potential insider threats.

About 25,000 members of the National Guard are streaming into Washington from across the country – at least 2.5 times the number for previous inaugurals. And while the military routinely reviews service members for extremist connections, the FBI screening is in addition to any previous monitoring.

Multiple officials said the process began as the first Guard troops began deploying to D.C. more than a week ago. They said it is slated to be complete by Wednesday. Several officials discussed military planning on condition of anonymity.

“The question is, is that all of them? Are there others?” said McCarthy. “We need to be conscious of it and we need to put all of the mechanisms in place to thoroughly vet these men and women who would support any operations like this.”

In a situation like this one, FBI vetting would involve running peoples’ names through databases and watchlists maintained by the bureau to see if anything alarming comes up. That could include involvement in prior investigations or terrorism-related concerns, said David Gomez, a former FBI national security supervisor in Seattle.

Insider threats have been a persistent law enforcement priority in the years after the Sept. 11, 2001, attacks. But in most cases, the threats are from homegrown insurgents radicalized by al-Qaida, Daesh or similar terrorist groups. In contrast, the threats against Biden’s inauguration have been fueled by supporters of President Trump, far-right militants, white supremacists and other radical groups. Many believe Trump’s baseless accusations that the election was stolen from him, a claim that has been refuted by many courts, the Justice Department and Republican officials in key battleground states.

The insurrection at the Capitol began after Trump made incendiary remarks at the Jan. 6 rally. According to McCarthy, service members from across the military were at that rally, but it’s not clear how many were there or who may have participated in the breach at the Capitol. So far only a couple of current active-duty or National Guard members have been arrested in connection with the Capitol assault, which left five people dead. The dead included a Capitol Police officer and a woman shot by police as she climbed through a window in a door near the House chamber.

Gen. Daniel R. Hokanson, chief of the National Guard Bureau, has been meeting with Guard troops as they arrive in D.C. and as they gather downtown. He said he believes there are good processes in place to identify any potential threats.

“If there’s any indication that any of our soldiers or airmen are expressing things that are extremist views, it’s either handed over to law enforcement or dealt with the chain of command immediately,” he said.

The insider threat, however, was just one of the security concerns voiced by officials on Sunday, as dozens of military, National Guard, law enforcement and Washington, D.C., officials and commanders went through a security rehearsal in northern Virginia. As many as three dozen leaders lined tables that ringed a massive color-coded map of D.C. reflected onto the floor. Behind them were dozens more National Guard officers and staff, with their eyes trained on additional maps and charts displayed on the wall.

The Secret Service is in charge of event security, but there is a wide variety of military and law enforcement personnel involved, ranging from the National Guard and the FBI to Washington’s Metropolitan Police Department, U.S. Capitol Police and U.S. Park Police.

Commanders went over every aspect of the city’s complicated security lockdown, with McCarthy and others peppering them with questions about how the troops will respond in any scenario and how well they can communicate with the other enforcement agencies scattered around the city.

Hokanson said he believes his troops have been adequately equipped and prepared, and that they are rehearsing as much as they can to be prepared for any contingency.

The major security concern is an attack by armed groups of individuals, as well as planted explosives and other devices. McCarthy said intelligence reports suggest that groups are organizing armed rallies leading up to Inauguration Day, and possibly after that.

The bulk of the Guard members will be armed. And McCarthy said units are going through repeated drills to practice when and how to use force and how to work quickly with law enforcement partners. Law enforcement officers would make any arrests.

He said Guard units are going through “constant mental repetitions of looking at the map and talking through scenarios with leaders so they understand their task and purpose, they know their routes, they know where they’re friendly, adjacent units are, they have the appropriate frequencies to communicate with their law enforcement partners.”

The key goal, he said, is for America’s transfer of power to happen without incident.

“This is a national priority. We have to be successful as an institution,” said McCarthy. “We want to send the message to everyone in the United States and for the rest of the world that we can do this safely and peacefully.”