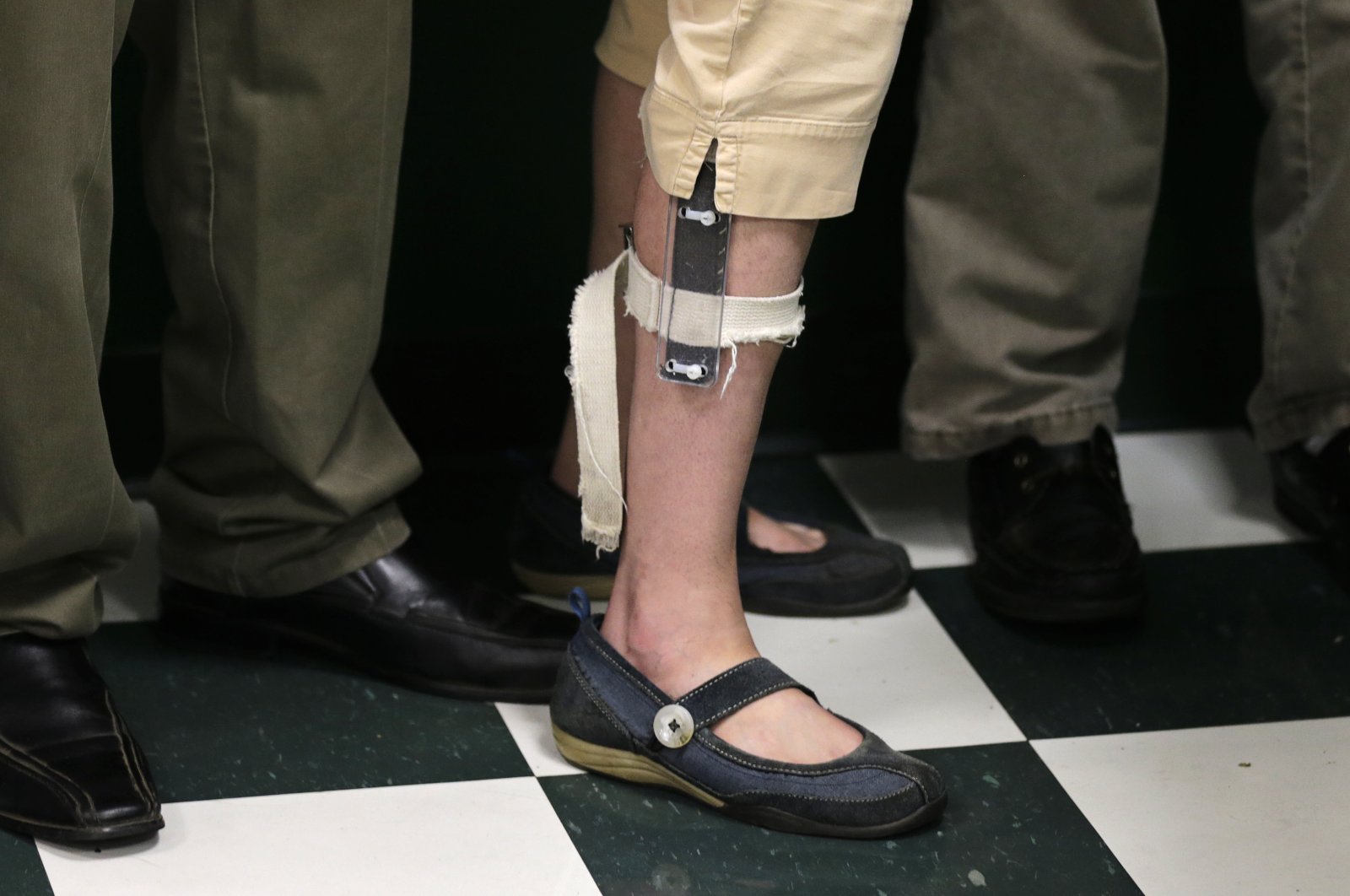 In this Aug. 13, 2014 photo, a female student wearing a shocking device on her leg lines up with classmates after lunch at the Judge Rotenberg Educational Center in Canton, Mass. (AP Photo)
by Associated Press Mar 06, 2020 8:56 pm
RECOMMENDED

The announcement from the Food and Drug Administration follows years of pressure from disability rights groups and mental health experts who have called the treatment outdated, ineffective and unethical. The agency first announced its intent to ban the devices in 2016.

For years, the shock devices have been used by only one place in the U.S., the Judge Rotenberg Educational Center of Canton, Massachusetts, a residential school for people with autism and other psychiatric, developmental or mental disabilities. The FDA said Wednesday it estimates 45 to 50 people at the school are currently being treated with the device.

School administrators have called the shocks a last resort to prevent dangerous behaviors, such as head-banging, throwing furniture or attacking teachers or classmates. The center has continued to use the shock devices under a decades-old legal settlement with the state of Massachusetts but needs court approval before beginning use on each resident.

School officials said in a statement they plan to challenge the government ban in court. A parents’ group also defended the practice and said it would fight the ban.

The “FDA made a decision based on politics, not facts, to deny this life saving, court-approved treatment,” the school said.

Electric shocks and other painful or unpleasant treatments known as “aversive conditioning” were more widely accepted decades ago. But mainstream psychiatry now relies on behavioral modification, prescription drugs and other therapies that have proven more effective.

“Through advancements in medical science, there are now more treatment options available to reduce or stop self-injurious or aggressive behavior,” said Dr. William Maisel, a director in the FDA’s device center, in a statement.

The Rotenberg school has used shock devices carried in students’ backpacks, which were attached to their arms and legs via electrodes. School staffers could trigger a two-second shock to a patient’s skin by using a remote controller.

Some patients from the Rotenberg center have compared the shocks to a bee sting or worse. The school has faced several lawsuits brought by families who said their children were traumatized by the shocks.

Other parents say that the technique is the only thing that prevents violent, sometimes life-threatening behavior in their children.

“We will continue to fight to keep our loved ones safe and alive and to retain access to this treatment of last resort which has allowed them to live a productive life,” said members of the Rotenberg’s parents association, in a statement. “There is simply no alternative.”

The FDA, echoing psychiatric experts, said that the shock therapy can exacerbate dangerous behaviors and lead to depression, anxiety and post-traumatic stress disorder. Patients have also suffered burns and tissue damage due to the device, the agency said.

Regulators said patients should instead receive treatments that focus on eliminating factors that trigger the behaviors or teaching patients coping skills to deal with them.

The FDA has only banned two other products in more than 40 years of regulating medical devices – powdered surgical gloves, which can cause allergic reactions, and fake hair implants, which caused infections and didn’t work.

Typically, the FDA addresses safety issues by adding new warning labels or modifying instructions for devices. But the agency concluded that the problems with the shock devices could only be addressed by banning them.