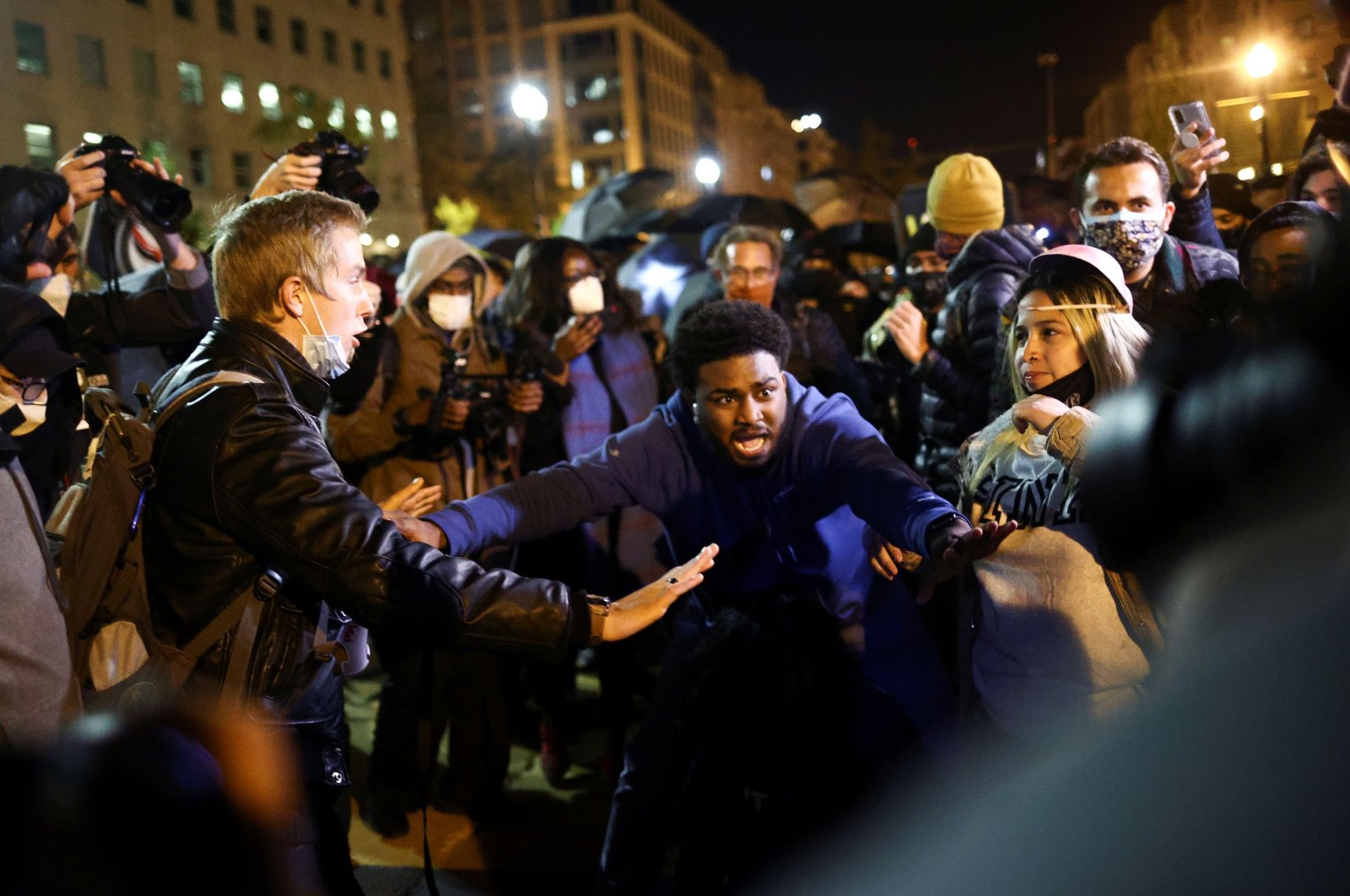 The 2020 U.S. election will go down in history with never-ending fear of trouble, violence, potential civil unrest and unusual foreign calls for a fair, violence-free election

The U.S. police struggled to keep crowds under control on election night as stores boarded up in many cities across the country, fearing potential civil unrest, while in an unusual move, foreign countries called for a violence-free election in the United States.

More than 1,000 people protesting President Donald Trump descended on Black Lives Matter Plaza on Tuesday night, just a block from the White House, while hundreds more marched through parts of downtown Washington, D.C., sometimes blocking traffic and setting off fireworks. At least three arrests were made outside the White House as violent clashes erupted between Trump supporters and Black Lives Matter protesters. Scattered protests also took place from Seattle to New York City. In Portland, the center of confrontations this summer between leftist protesters and police, some 400 people marched toward the downtown under a watchful eye of state police.

Police clash with New York protesters as #Election2020 results yet to be announcedhttps://t.co/7GUpCcbtbZ pic.twitter.com/e3AOqDpUrr

Hundreds of businesses in cities across the U.S. boarded up their doors and windows ahead of the election, fearing the vote could lead to the sort of violence that broke out earlier this year after the death of George Floyd under a Minneapolis police officer's knee. "Some people would like to cause mayhem and trouble,” Washington Mayor Muriel Bowser said earlier in the day. She said she had never seen so many businesses being boarded up: "That all saddens me.”

The U.S. election was plunged into chaos as Trump prematurely declared victory and sought Supreme Court intervention to stop vote-counting. Pundits had been warning for weeks that this year's election results would take time and voicing fear Trump would cause chaos or even violence by questioning the process. Foreign countries also sounded the alarm, with German Defense Minister Annegret Kramp-Karrenbauer warning that the U.S. is facing a "very explosive situation" and a possible systemic crisis.

Shattering norms in the world's most powerful democracy, Trump alleged "major fraud" as he held an upbeat rally inside the White House's ceremonial East Room. "We did win this election," Trump told cheering supporters, few of them wearing masks to protect from COVID-19. "This is a fraud on the American public." The Republican tycoon said he would go to the Supreme Court because "we want all voting to stop."

Trump has railed for months against mail-in ballots, charging without evidence that they could be fraudulent, as some 100 million Americans voted in a divisive election cast under the shadow of the coronavirus pandemic that has claimed more than 230,000 lives in the country.

Networks projected the Democrats to have maintained control of the House of Representatives, as widely expected, but their hopes of winning back the Senate met headwinds. The Democrats flipped one Senate seat from the Republicans in Colorado, with former Gov. John Hickenlooper projected to triumph but were also expected to lose an especially vulnerable senator in Alabama.

Republican Lindsey Graham was reelected to his U.S. Senate seat in South Carolina, as he beat his Democratic rival, Jaime Harrison, on Tuesday. The 65-year-old lawmaker secured his fourth term after garnering 55% of votes. Harrison got 43%. Harrison had raised and spent tens of millions of dollars trying to unseat Graham.

Graham is one of Trump's closest allies in the Senate. He was one of the loudest voices protesting Turkey's anti-terror operation in Syria, despite saying the U.S. had created the problem in northern Syria by arming the YPG, which is the Syrian affiliate of the PKK terror organization. Graham also called on the Trump administration to impose sanctions on Turkey over its purchase of the Russian S-400 missile defense system.

According to early polls, Republican Senate Majority Leader Mitch McConnell will also serve another term as Kentucky's senator after beating his rival, former Marine fighter pilot Amy McGrath. "I never imagined Kentuckians would make me the longest-serving senator in our state's history or that my fellow Senate Republicans would make me the longest-serving Republican leader in U.S. Senate history," McConnell said, according to NBC News.