Femicide or hate crime? Atlanta shootings are both, experts say 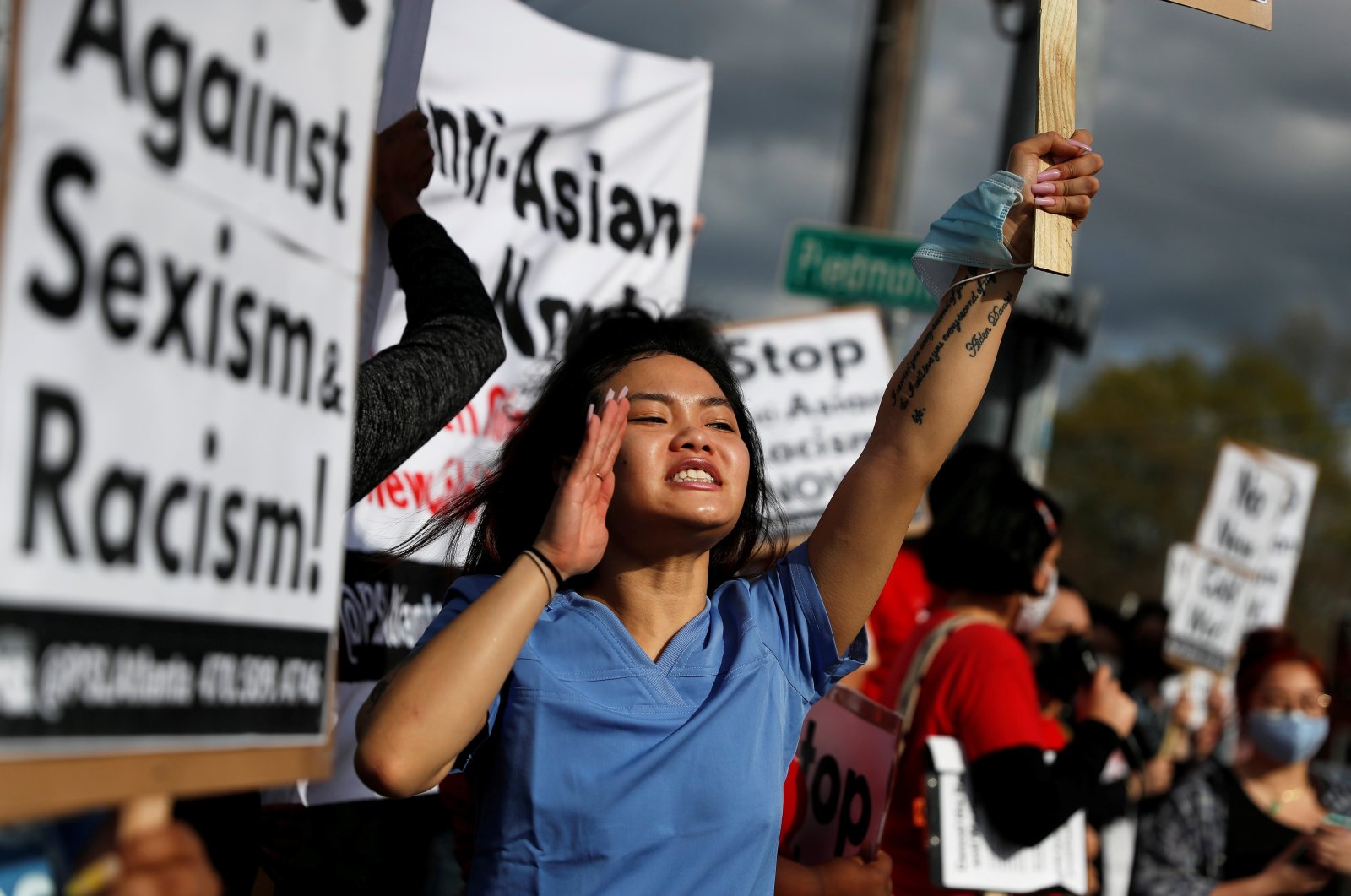 A white man kills eight people in the U.S. city of Atlanta, including six Asian women. Police say he told them he was not driven by race but was eliminating "temptation" for a "sex addiction." So what category of hate does his crime fall into?

Authorities have stressed they are still investigating the motive behind Tuesday's brutal shootings.

But for many in America, when the killer took aim at innocent women going about their daily business, it wasn't solely about racism or misogyny, or class, or America's gun laws, or any mental illness he may be suffering.

It was about all of them, all at once.

So when police stressed at a press conference on Wednesday that the suspect had denied a racial motive, it was perceived by some as a suggestion that it had to be one or the other; that if it was about "sex addiction," it couldn't be about race, igniting a furor over how and when to categorize hate.

"What those statements reflect is the sexual objectification of Asian and Asian American women ... And it hurt. That hurt," said Catherine Ceniza Choy, a professor of ethnic studies at UC Berkeley.

The word "intersectionality" was coined in 1989 by professor Kimberle Crenshaw to describe how issues of bias can be linked to race, gender, class and other characteristics, all at the same time.

Women can be discriminated against, as can minorities. When you are both a woman and a minority, it stands to reason that the discrimination you experience can overlap.

Critics of intersectionality have complained that it creates a hierarchy of victimhood.

"Asian-American women have been stereotyped in ways that are racialized, gendered and sexualized," Choy told Agence France-Presse (AFP), giving examples from "the dragon lady" to "the lotus blossom" to "Suzie Wong, the prostitute with a heart of gold."

"They are united in the way in which they present Asian and Asian-American women as sexual objects ... especially of a white American male fantasy."

Chi-Chi Zhang, an Asian-American woman living in Cambridge, Massachusetts, demonstrates how the experience Choy describes can be depressingly commonplace.

While she often faces incidents such as white men telling her they like Chinese food, her husband, who is also Asian-American, never does.

"I always feel disgusted after these things happen," she tells AFP. "But (we) just suck it up and move on."

The way the police framed the shooter's comments has ignited an outpouring from Asian women in the U.S. on social media, documenting the racialized misogyny they have faced.

Bella Wang, an Asian American photographer working outside Boston, said she was trying to reserve judgment on the shooter's motivations but found the conversations the killings had prompted cathartic, particularly the sharing of stories on social media.

"We always just bottle it up inside," she said.

"As Asians, we were just taught not to say anything and not rock the boat, make sure we don't draw attention to ourselves and always be good. So it's interesting."

"Intersectionality" began life as an arcane quasi-legal term but more recently has been lifted from academia and embraced by liberals in everyday discourse.

Commentators on the left have accordingly been unsparing in their criticism of the attempt to use "sex addiction" to explain the killings.

Kimmy Yam, a reporter for NBC News, also cautioned in an on-air segment Thursday that little is still known about the shooter's motivations.

"But given how Asian women are hyper-fetishized and sexualized in this country, and the specific type of racialized sexism that we deal with, it is very difficult to divorce race from this conversation," she said.

Legally, it can be difficult to establish a hate crime motive. So far the Atlanta shooter has been charged with eight counts of murder and one of aggravated assault, not with any hate crime.

But Georgia's hate crime legislation, passed in June, specifically allows for penalties for offenses motivated by multiple forms of hate.

That means that even if law enforcement eventually determines one motive over another, it could still lead to a hate crime charge.

For now, though, the debate around the shooter's motives has left some Asian Americans like Wang feeling "gaslit."

"Like the danger we're feeling, it's not a valid feeling ... It's obviously a problem."