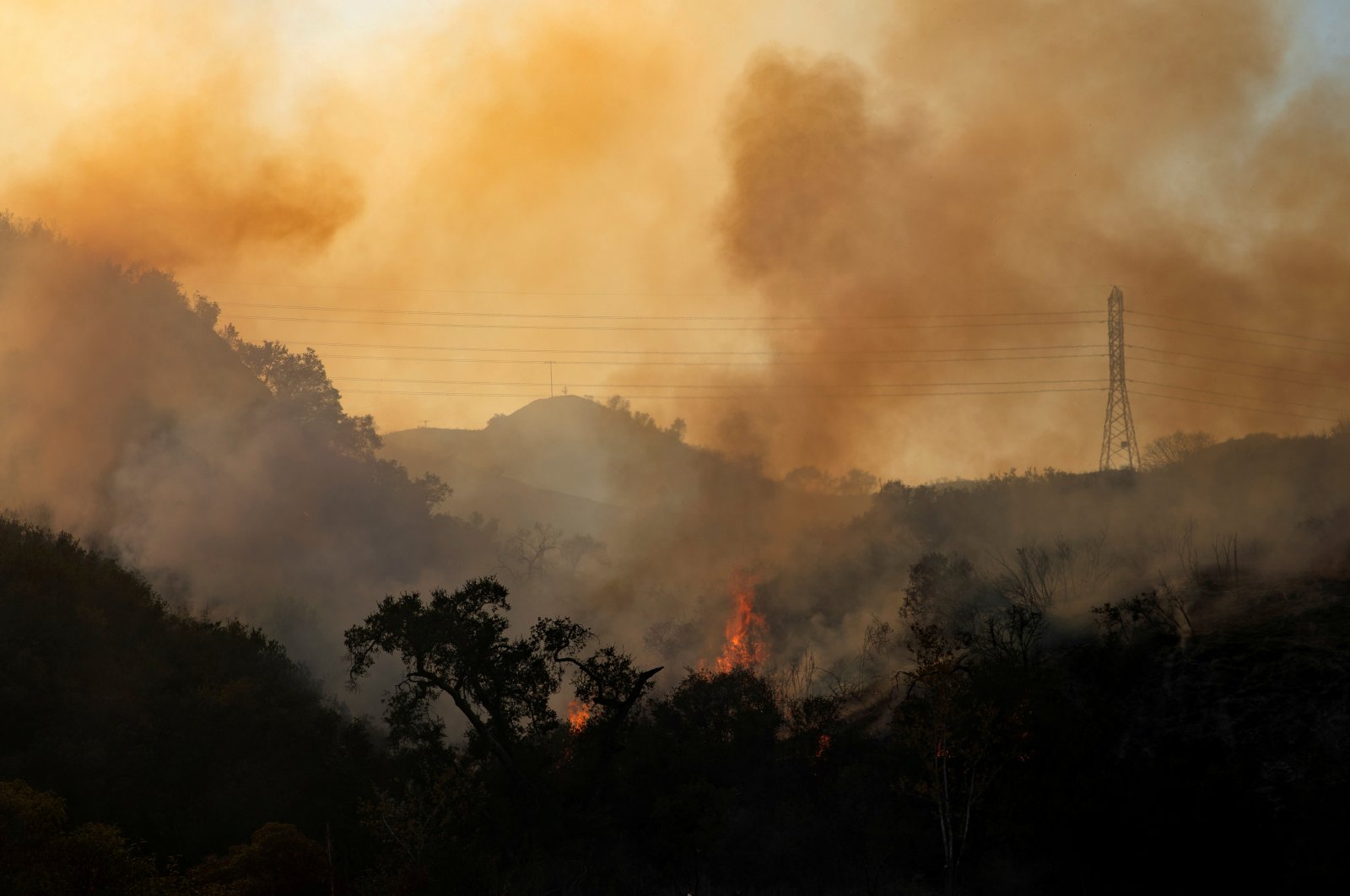 Firefighters have made some progress reining in a blaze in a Southern California canyon but faced more high winds and low humidity on Friday that threatened to stoke the flames which had forced thousands to leave their homes.

The Bond Fire was less than a third contained after it broke out on Wednesday on the road for which it is named and quickly engulfed much of Silverado Canyon, driven by strong Santa Ana winds.

"Continued mapping of the Bond fire has it at 7,375 acres with 30% containment," fire officials in Orange County said on Twitter or an area of 2,985 hectares.

"Firefighters worked through the night extinguishing hot spots, mopping up around structures and stopping the forward spread of this fire," county fire official Paul Holaday said in a video posted to Twitter.

Air and ground units were focused on protecting the canyon communities of Silverado, Santiago, Williams and Modjeska, he added.

Two firefighters taken to hospital with injuries on Thursday were released and were "doing okay," the fire officials said on Twitter.

The National Weather Service issued a red flag warning of gusty winds until 10 p.m. on Saturday for the inland part of the county.

Utility Pacific Gas and Electric Co said it stood ready to cut power in some northern and central parts of the state form early on Monday as dry conditions and expected high winds heighten damage risks.

As many as 25,000 people had been forced to flee the blaze but by Friday morning officials had lifted some evacuation orders, including those for the Lake Forest community.

On Twitter, the Orange County Fire Authority said the blaze started as a structure fire in Silverado Canyon on Bond Road that "fully engulfed a home." Strong winds then drove the flames into nearby vegetation, officials said.

Residents said the flames erupted when a home generator exploded.

Since the start of the year, wildfires have scorched more than 6,500 square miles of California land, the state's forestry department says.