Firefighters' resources stretch amid wildfires in western US, Canada 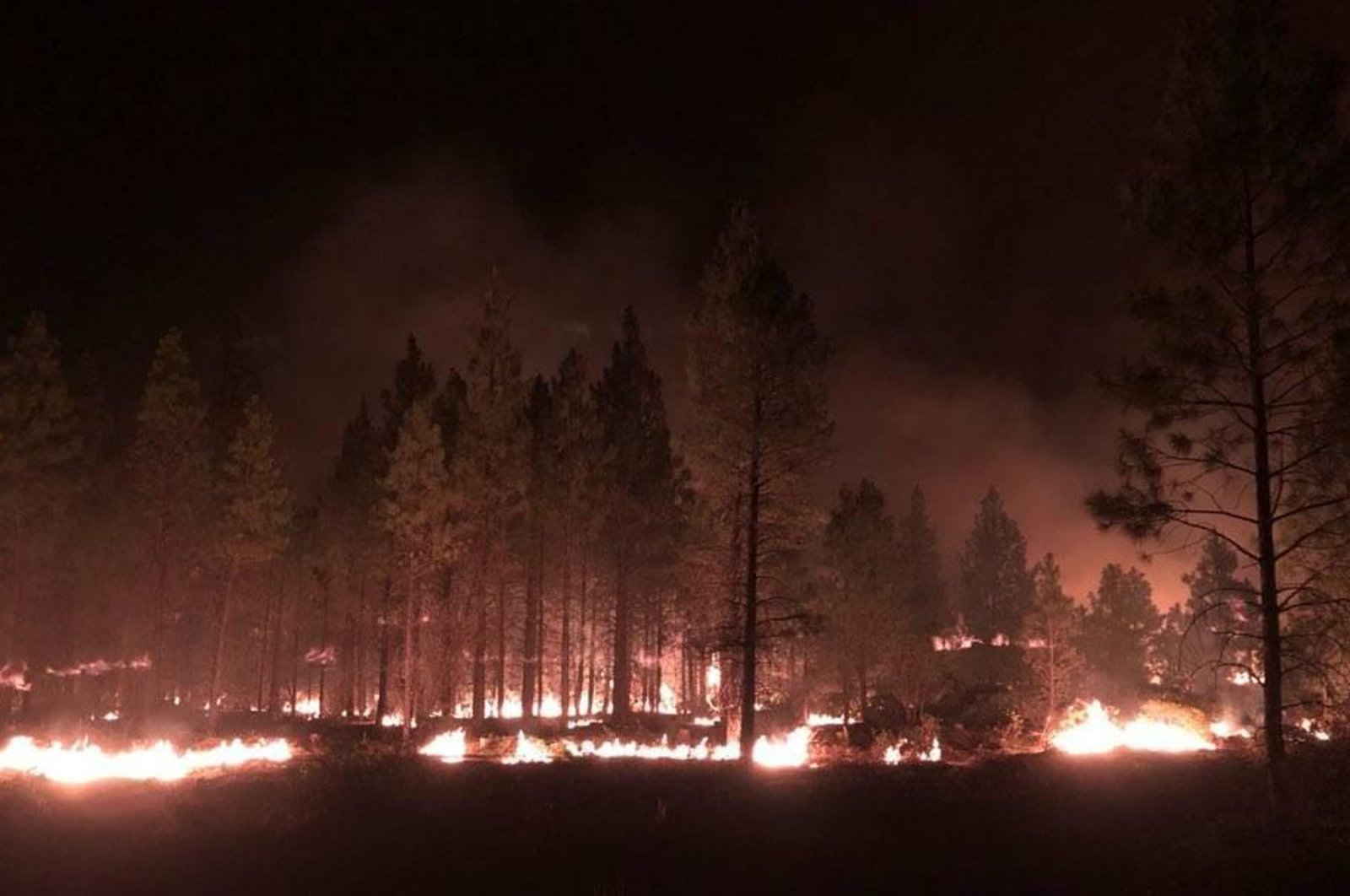 More than 2,100 firefighters were again struggling to contain the vast Bootleg Fire raging in southern Oregon, near the border with California. Some were forced to retreat as the fire spread amid the fourth intense heat wave of the summer.

California, hit by its own wildfires, vowed to send firefighters to help out in Oregon.

And Canada was bringing in some 100 firefighters from Mexico to bolster their exhausted counterparts in northwestern Ontario, provincial authorities announced.

The Bootleg Fire, by far the biggest active blaze in the U.S., is covering 274,000 acres – an area larger than New York City – and remains just 7% controlled, according to the Inciweb website.

"(The) fire remains very active with significant acreage increases due to hot, dry, and breezy conditions," the official site said.

It has destroyed at least 20 homes.

Firefighter commander Rob Allen noted that the fire's 200-mile (320-kilometer) perimeter is "an enormous amount of line to build and hold."

"We are continuing to use every resource, from dozers to air tankers," he said Friday.

"We have had record heat, and just all the worst possible conditions at one time," Suzanne Flory, a U.S. Forest Service spokesperson, told the Oregonian newspaper.

Last year's August Complex fire – the largest in modern California history – was triggered by a massive series of lightning strikes.

With several areas being evacuated, the U.S. Department of Homeland Security reassured any undocumented immigrants in the area they need not fear seeking assistance.

"Absent exigent circumstances," the department said in a statement, "immigration enforcement will not be conducted at locations where disaster and emergency response and relief is being provided."

In Canada, officials anticipate high temperatures in coming days from Alberta to Ontario – though nothing like the record 121 degrees Fahrenheit (49.6 degrees Celsius) recorded near Vancouver three weeks ago.

Scientists say the current heat waves would have been "virtually impossible" without human-caused climate change.