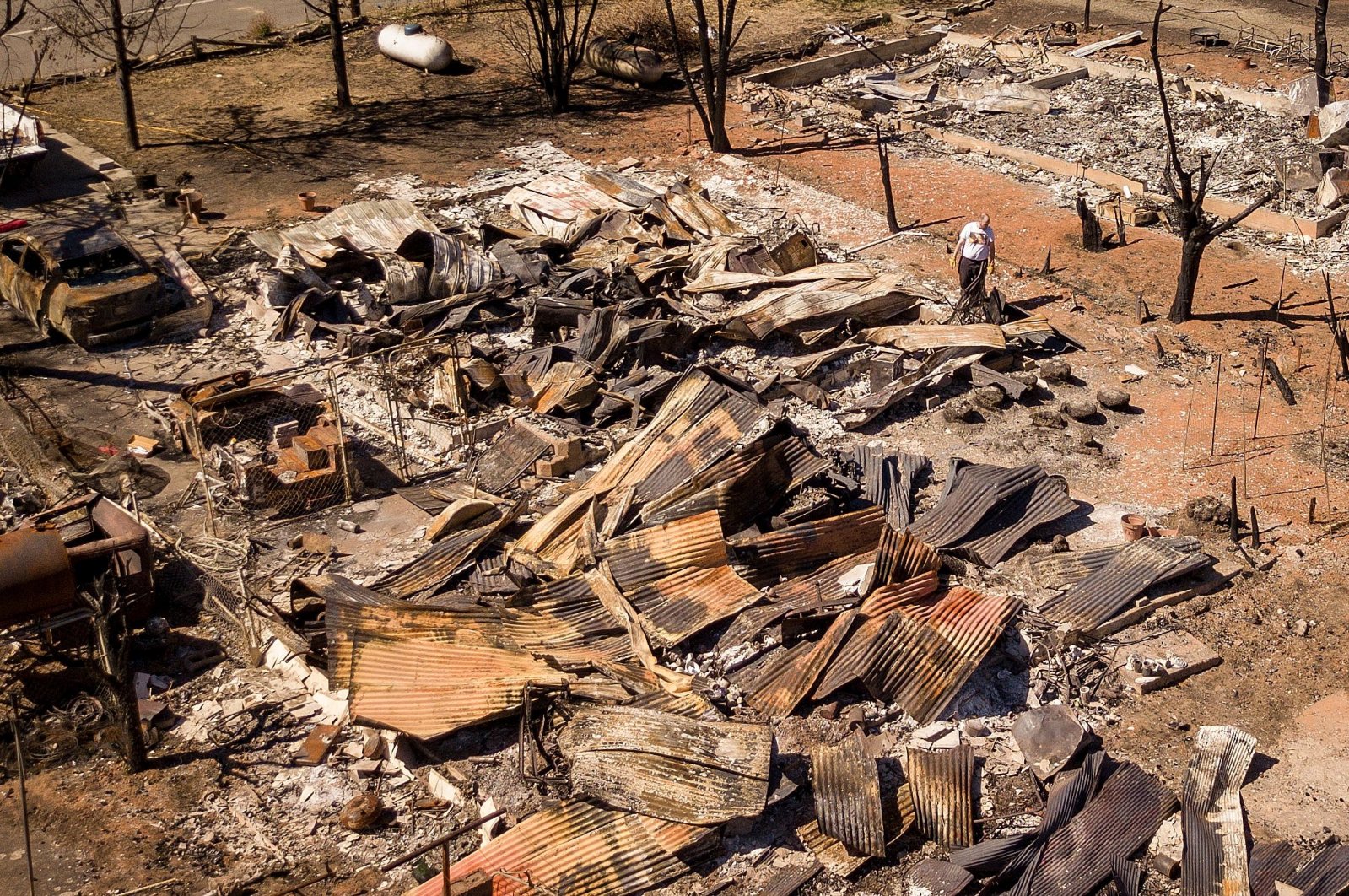 Firefighters made a visible progress Sunday on a forest fire that left thousands of people displaced and destroyed more than 100 buildings near Shasta Lake in Northern California.

Lighter winds and cooler temperatures slowed the Fawn Fire as it moves toward the shores of California's largest artificial lake and away from populated areas north of the city of Redding, allowing crews to increase containment to 35%, the California Department of Forestry and Fire Protection said in a statement.

The fire at one point threatened 9,000 buildings, but the number dropped to 2,340 on Sunday. Light rain was in the forecast for Monday. Fire officials said crews will begin taking advantage of the calmer weather to conduct back burns near the lake to expand the control lines, the Record Searchlight reported.

"We’re going to hold it. It’s going to be done this week,” Bret Gouvea, chief of CalFire's Shasta-Trinity unit, said at a community meeting Saturday night.

Initial assessments found that 131 homes and other buildings had burned, CalFire said. That number was likely to change as teams go street by street surveying the destruction.

Authorities have arrested a 30-year-old woman on suspicion of starting the blaze that erupted Wednesday and grew explosively in hot and gusty weather in the region about 200 miles (322 kilometers) northeast of San Francisco.

Alexandra Souverneva, of Palo Alto, was charged Friday with felony arson to wildland with an enhancement because of a declared state of emergency in California, Shasta County District Attorney Stephanie Bridgett said.

Souverneva pleaded not guilty. She is also suspected of starting other fires in Shasta County and throughout the state, Bridgett said.

It wasn’t immediately known if she has an attorney who could speak on her behalf. The Fawn Fire has charred more than 13 square miles (34 square kilometers) of heavy timber. It’s the latest destructive blaze to send Californians fleeing this year. Fires have burned more than 3,750 square miles (9,712 square kilometers) so far in 2021, destroying more than 3,200 homes, commercial properties and other structures.

Those fires include a pair of big forest blazes burning for more than two weeks in the heart of giant sequoia country on the western slope of the Sierra Nevada. More than 1,700 firefighters battled the KNP Complex Fires, which covered 70 square miles (181 square kilometers) by Sunday. Nearby, the Windy Fire grew significantly Saturday as it made uphill runs and winds blew embers that ignited spot fires.

The blaze ignited by lightning on Sept. 9 has scorched 122 square miles (317 square kilometers) of trees and brush on the Tule River Indian Reservation and in Sequoia National Forest. Containment shrunk from 5% to 2% Sunday.

A historic drought in the American West tied to climate change is making wildfires harder to fight. It has killed millions of trees in California alone. Scientists say climate change has made the West much warmer and drier in the past 30 years and will continue to make weather more extreme and wildfires more frequent and destructive.