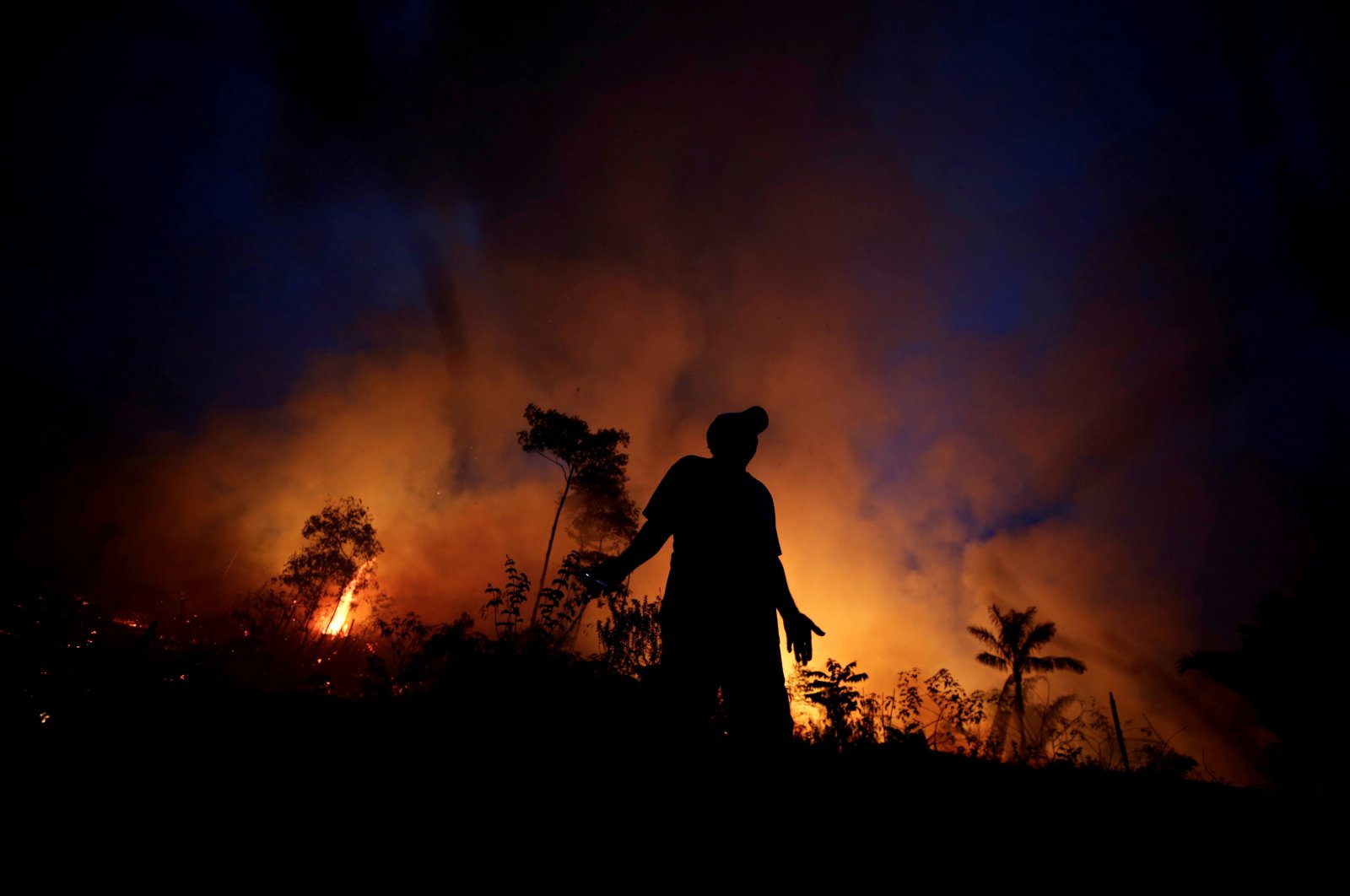 A fire burns as back burning is used to create a firebreak to stop the progress of a fire at a tract of the Amazon jungle in Apui, Amazonas State, Brazil, Aug. 11, 2020. (Reuters Photo)
by REUTERS Nov 01, 2020 7:32 pm
RECOMMENDED

Fires in Brazil's Amazon rainforest surged in October with the number of blazes up 25% in the first 10 months of 2020 compared to a year ago, data from government space research agency, Inpe, showed Sunday.

In October 17,326 hot spots were recorded in the world's largest rainforest, more than double the number of fires detected in the same month last year. Destruction of the forest has soared since right-wing President Jair Bolsonaro took office in 2019.

The president says he wishes to develop the region to lift it out of poverty, while environmental advocates say his policies embolden illegal loggers, miners and ranchers.

The number of fires this year remains at a decade-high. In just the first 10 months of 2020, the number of fires has surpassed the total number of fires for the whole year of 2019, when the destruction spurred international criticism that Brazil was not doing enough to protect the forest.

Advocacy group WWF-Brasil blamed the government for failing to stop those who cut down the forest.

"With the rate of deforestation increasing in recent years, the government has ignored the warnings of researchers: deforestation and forest fires go together," WWF-Brasil science manager Mariana Napolitano said in a statement.

"After cutting down the forest, the criminals set fires to clean up the accumulated organic material."

Fires in Brazil's Pantanal, the world's largest wetlands, also increased in October compared to the previous year, according to Inpe. The Pantanal, home to many rare species including the world's densest population of jaguars, has recorded the most fires this year since records began in 1998.

According to the Federal University of Rio de Janeiro, as of Oct. 25, 28% of the wetland has burned - an area nearly the size of Denmark.

Napolitano added that with the arrival of the rainy season in the Amazon and Pantanal there are signs that the pace of the destruction is slowing.