Florida shatters US record with over 15,000 new coronavirus cases 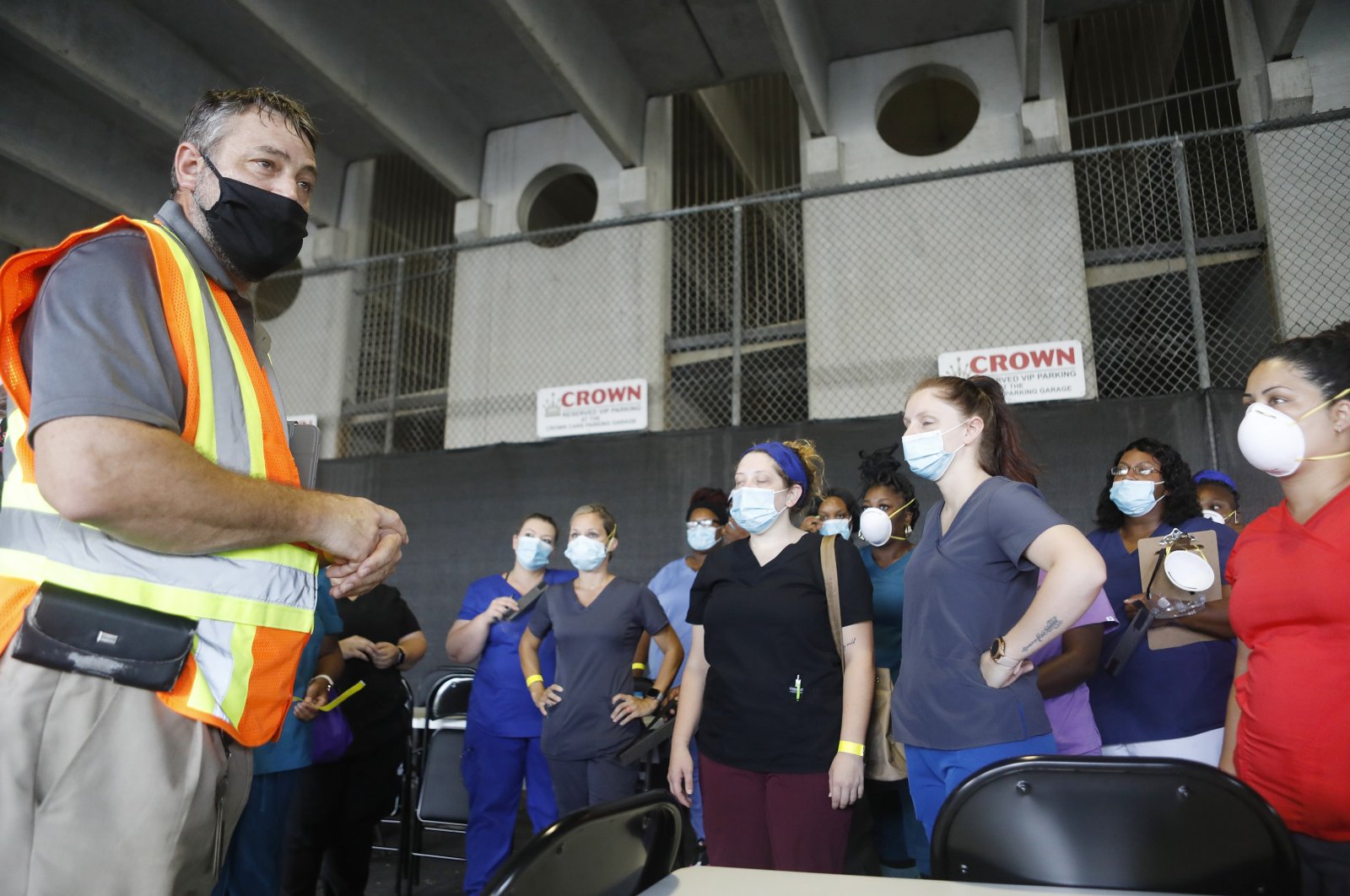 Florida on Sunday reported the largest single-day increase in positive coronavirus cases in any one state in the U.S. since the beginning of the pandemic.

According to U.S. Department of Health statistics, 15,299 people tested positive, bringing the state's case total to 269,811.

If Florida were a country, it would rank fourth in the world for the most new cases in a day behind the U.S., Brazil and India, according to a Reuters analysis.

Florida's daily increases in cases have already surpassed the highest daily tally reported by any European country during the height of the pandemic there. Florida has also broken New York state's record of 12,847 new cases on April 10 when it was the epicenter of the U.S. outbreak.

Throughout May and into June, the state reopened much of its economy with some restrictions.

Testing has increased, but the percentage of people testing positive has risen even more dramatically. A month ago, fewer than 5% of tests came up positive on a daily average. Over the past week, the daily average exceeded 19%.

Because of the increase in cases and the positivity rate, doctors have predicted a rise in deaths, saying the mortality rate usually increases two to four weeks later as some of those infected get sicker and eventually die. Health experts are concerned that people are gathering in crowds, and have expressed concern that the Republican National Convention's nomination party for President Donald Trump will be held in Jacksonville in August.

On Saturday, the Magic Kingdom and Animal Kingdom reopened at Walt Disney World in Orlando, concerning health experts who urge people not to gather in groups. Guests at the park said that people were wearing masks and social distancing, and videos showed near-empty parks.

Florida Gov. Ron DeSantis said that even with the rising rates, he still wants the schools to reopen as scheduled next month, saying children have not proven to be vectors for the disease in states and countries where campuses are open. He said while each county will have to come up with procedures, depending on their local infection rate, not opening the schools would exacerbate the achievement gap between high- and low-performing students.

"We know there are huge, huge costs for not providing the availability of in-person schooling,” he said. "The risk of corona, fortunately, for students is incredibly low.”

Health officials have pleaded with the public to wear masks to limit the spread of the virus, but the issue has become politically divisive in the U.S., unlike many other countries that have seen far lower rates of infection and death.

Seven months into the pandemic, Trump wore a mask for the first time in public when he visited a Washington D.C.-area military medical center on Saturday. Trump had previously refused to wear a mask in public or ask Americans to wear face coverings, saying it was a personal choice.

Many Americans still refuse to wear a mask, which health experts say help stop transmission of the virus that has killed more than 134,000 Americans.

Anti-mask activists organized a protest on Saturday at a grilled cheese restaurant and bar in Windermere, Florida, which is in Orange County about 12 miles (19 km) from Walt Disney World.

The restaurant, 33 & Melt, has become a focal point of tension after owner Carrie Hudson said she was not requiring customers to wear masks. County officials have mandated the use of masks in public since June 20.

During Saturday's protest, no customers wore face coverings inside the restaurant. Agents from the state's Division of Alcoholic Beverages and Tobacco arrived during the rally and served Hudson with a warning, according to a video.

"This is a virus that is very well contained," said one of the demonstrators, anti-mask activist Tara Hill. "Everyone is responsible for their own health care decisions ... We want our choices respected as well."

Florida has posted record levels of coronavirus infections, with over 10,000 new cases five times in the last 10 days. In addition, more than four dozen hospitals in Florida reported that their intensive care units are full due to a surge in COVID-19 patients.