Fly steals the spotlight at US vice presidential debate 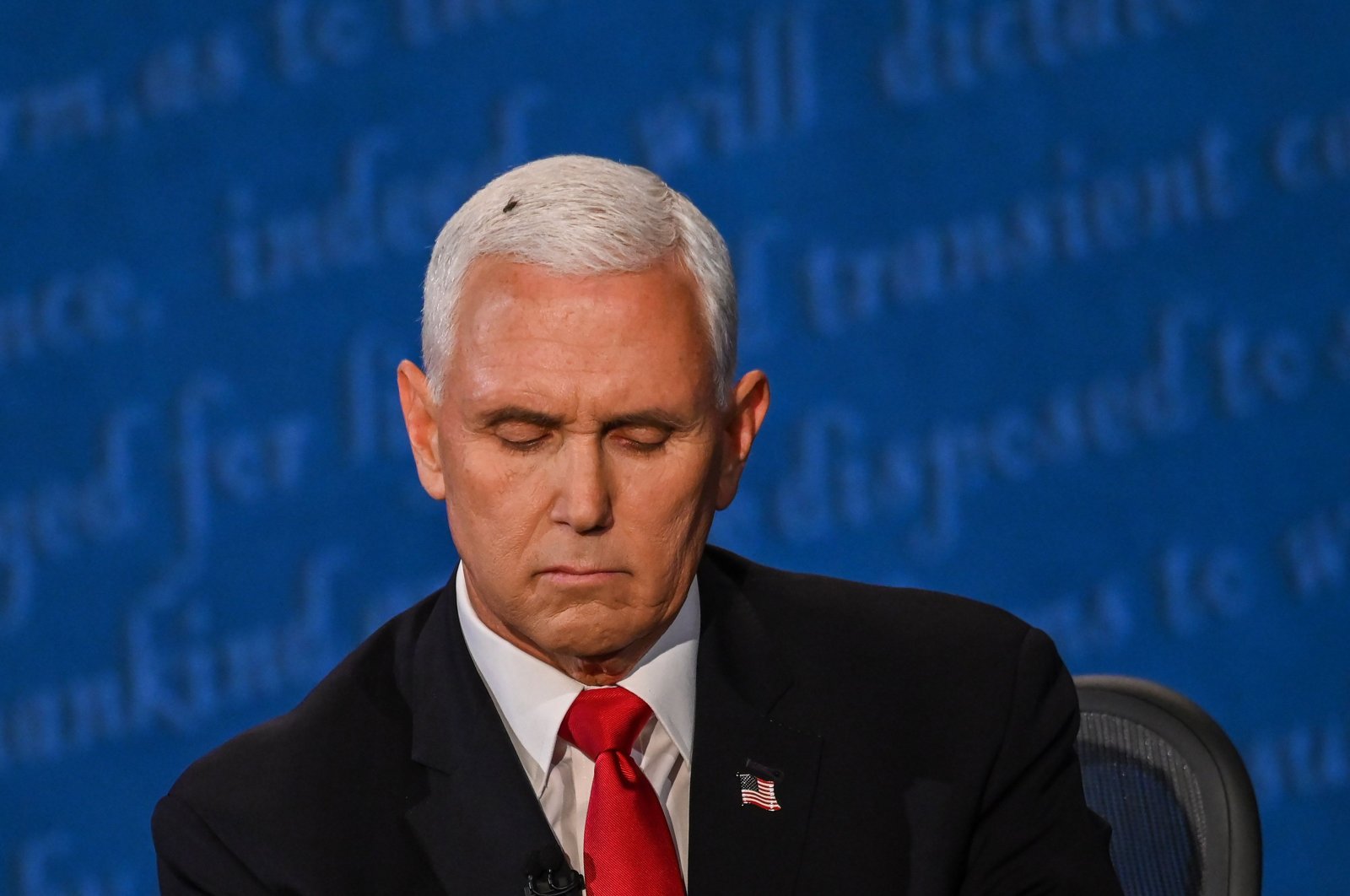 A fly rests on the head of U.S. Vice President Mike Pence as he takes notes during the vice presidential debate against Democratic vice presidential nominee and Senator from California Kamala Harris in Kingsbury Hall at the University of Utah, in Salt Lake City, Utah, Oct. 7, 2020. (AFP Photo)
by French Press Agency - AFP Oct 08, 2020 9:31 am
RECOMMENDED

Oh to be a fly on the wall – or in the hair – at Wednesday's U.S. vice presidential debate.

Mike Pence received an unwelcome visitor during his showdown with Democrat Kamala Harris when a large fly perched on the vice president's white hair for two minutes, triggering an avalanche of online commentary.

Pence was discussing the somber issue of racial injustice and police reform when the winged interloper outmaneuvered the plexiglass barriers installed to prevent the spread of coronavirus and landed on the man who is just a heartbeat away from the U.S. presidency.

And there it stayed. For. Two. Agonizing. Minutes.

A split television screen showed Harris looking at Pence while the fly basked in the spotlight, but it was not immediately clear if she saw it.

Everyone else apparently did.

Social media, perhaps in a collective lull given that the evening was far more civil than the chaotic opening clash between U.S. President Donald Trump and challenger Joe Biden last week, immediately pronounced the fly the winner of the debate.

"Ok, this is seriously important debate, but no one is gonna remember anything but that fly," tweeted a user named Sykersomatic.

"That fly was in Pence's hair a long time. It should quarantine," former Missouri secretary of state Jason Kander added, seemingly alluding to the rampant spread of the coronavirus through the White House's ranks.

Even Biden himself got in on the action, fundraising off the insect drama.

"Pitch in $5 to help this campaign fly," the Democratic nominee tweeted.

And on cue, the Joe Biden campaign store kicked into gear to offer a "Truth Over Flies Fly Swatter," for $10.