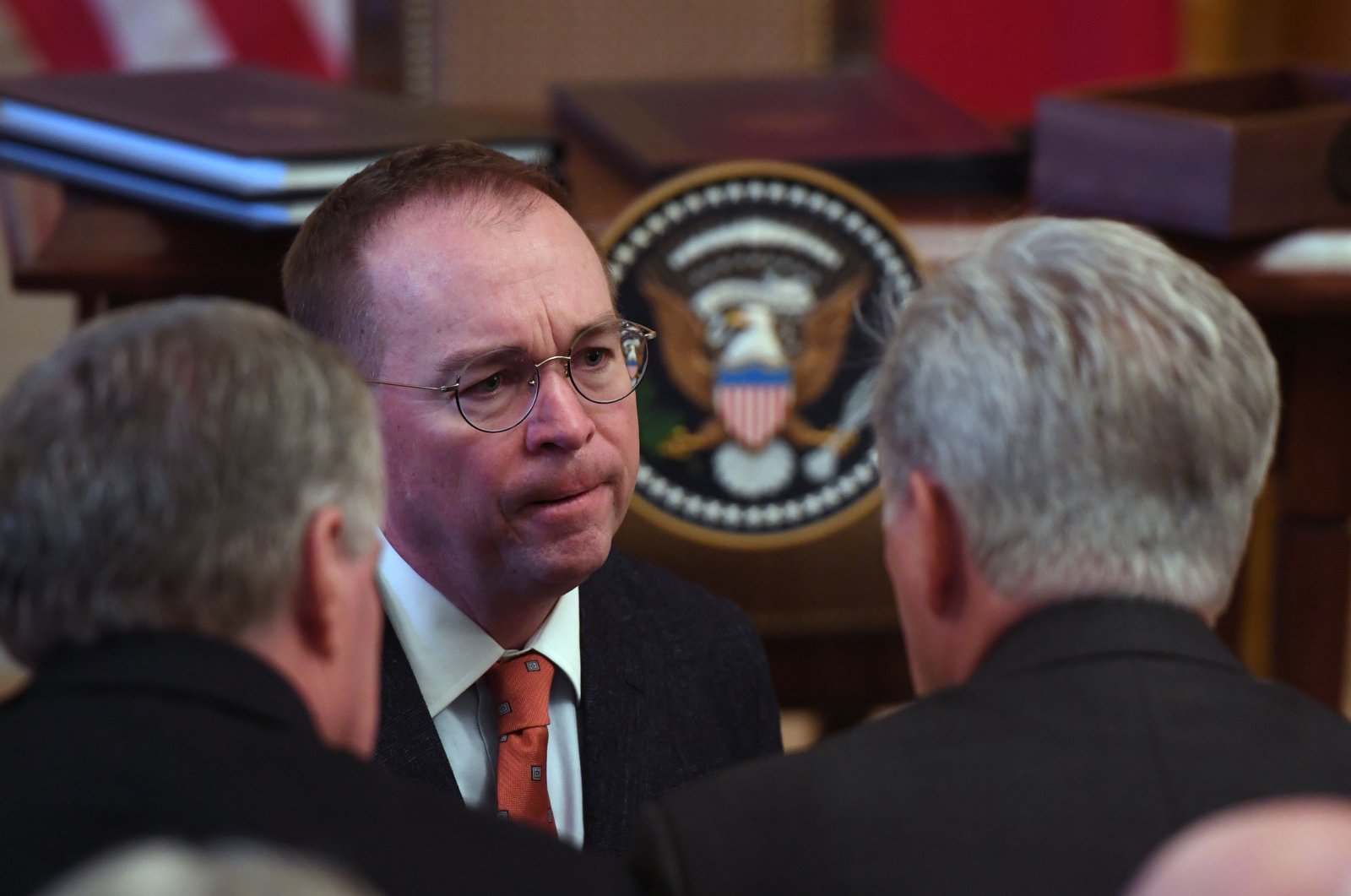 White House Director of the Office of Management and Budget Mick Mulvaney arrives for the signing of a trade agreement with the U.S. and China in the East Room of the White House in Washington, D.C., U.S., Jan. 15, 2020. (AFP Photo)
by French Press Agency - AFP Jan 07, 2021 4:59 pm
RECOMMENDED

U.S. President Donald Trump’s former acting White House chief of staff resigned his post as special envoy to Northern Ireland on Thursday, saying "I can’t do it. I can’t stay.”

"I can't stay here, not after yesterday. You can't look at that yesterday and think I want to be a part of that in any way, shape or form," Mick Mulvaney told CNBC television.

Mulvaney, who had been moved from chief of staff to special envoy for Northern Ireland, said he told Secretary of State Mike Pompeo he was resigning.

"I can't do it. I can't stay," he told CNBC, indicating that other White House staff were eying the exits.

"Those who choose to stay, and I have talked with some of them, are choosing to stay because they're worried the president might put someone worse in," Mulvaney said.

He joined a growing list of Trump administration officials who are leaving following the violent riot at the Capitol on Wednesday.

On Wednesday, thousands of Trump supporters left a rally with the president, then stormed into Congress, temporarily halting proceedings to certify Democrat Joe Biden as the winner of the November presidential election.

Another departure was Stephanie Grisham, a former White House press secretary who had been working as spokesperson for first lady Melania Trump.

U.S. media reported that Marc Short, chief of staff to Vice President Mike Pence, had been blocked from entering the White House – apparently in retaliation for Pence's decision to ignore Trump's demand that he block the certification of Biden.

The outrage across Washington at the day's events fed growing speculation that more senior Trump administration figures may be leaving.

Biden will take over the presidency when he is sworn in on Jan. 20.