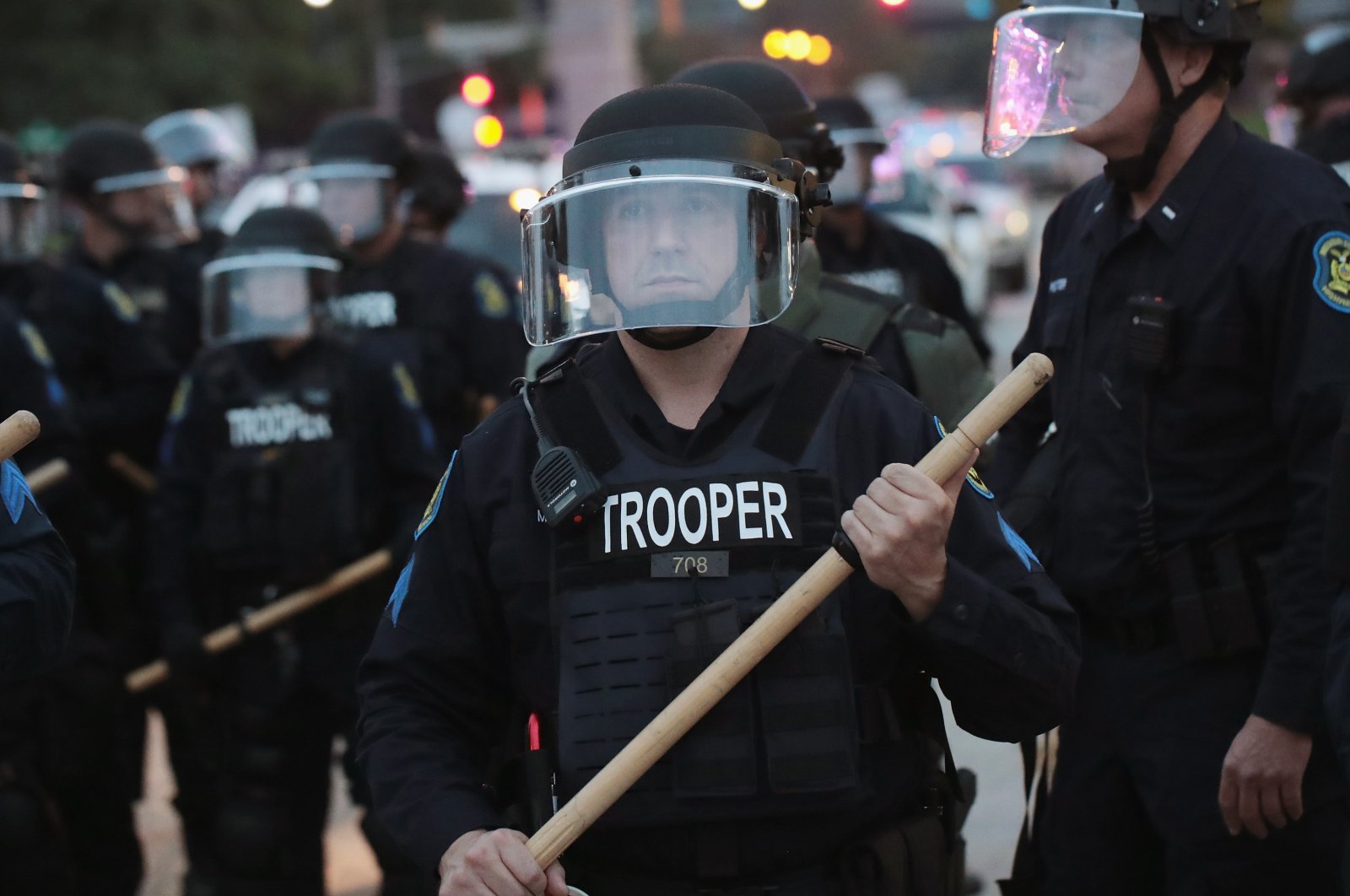 A former U.S. police officer was handed a four-year sentence for beating a black undercover colleague during a protest in 2017.

A federal judge on Tuesday sentenced Randy Hays, 34, to more than four years in jail after the former cop pleaded guilty in 2019 to using excessive and unreasonable force, according to court documents.

Hays, along with former officers Dustin Boone and Christopher Myers, were accused of knocking to the ground an undercover officer who was monitoring protesters, and then kicking and striking the officer with a police baton.

On Thursday, another former officer, Bailey Colletta, was given a three-year suspended sentence for lying to a federal grand jury during its investigation of the incident.

Boone was found guilty by a jury in June and is due to be sentenced on Sept. 15, exactly four years after the incident.

Protests broke out in mid-September 2017 in the U.S. city of St. Louis, Missouri against the acquittal of former officer Jason Stockley in the fatal 2011 shooting of Anthony Lamar Smith.

That case, involving a white officer and a black victim, was one of many around the country that inspired public demonstrations, policing reforms, and led to the Black Lives Matter movement.

The police response to the protests was widely criticized.

According to the indictment against the four defendants, several officers deployed "expressed disdain" for the protesters and "excitement about using unjustified force against them."

"It's gonna be a lot of fun beating the hell out of these s--theads once the sun goes down and nobody can tell us apart!" Boone said in an exchange transcribed in the court document.

Undercover cop Luther Hall was gathering information at the rally and was posing as a protester when the three other officers "threw (Hall) to the ground and then kicked and struck (him) while he was compliant and not posing a physical threat to anyone," the indictment read.

After discovering he was a cop, the three male officers made false statements about the incident "to justify their use of force," the indictment said.

They also tried to contact Hall, a veteran of the St. Louis police force, in an attempt to dissuade him from taking legal action.

In February, the city of St. Louis agreed to pay Hall $5 million to settle a civil suit.