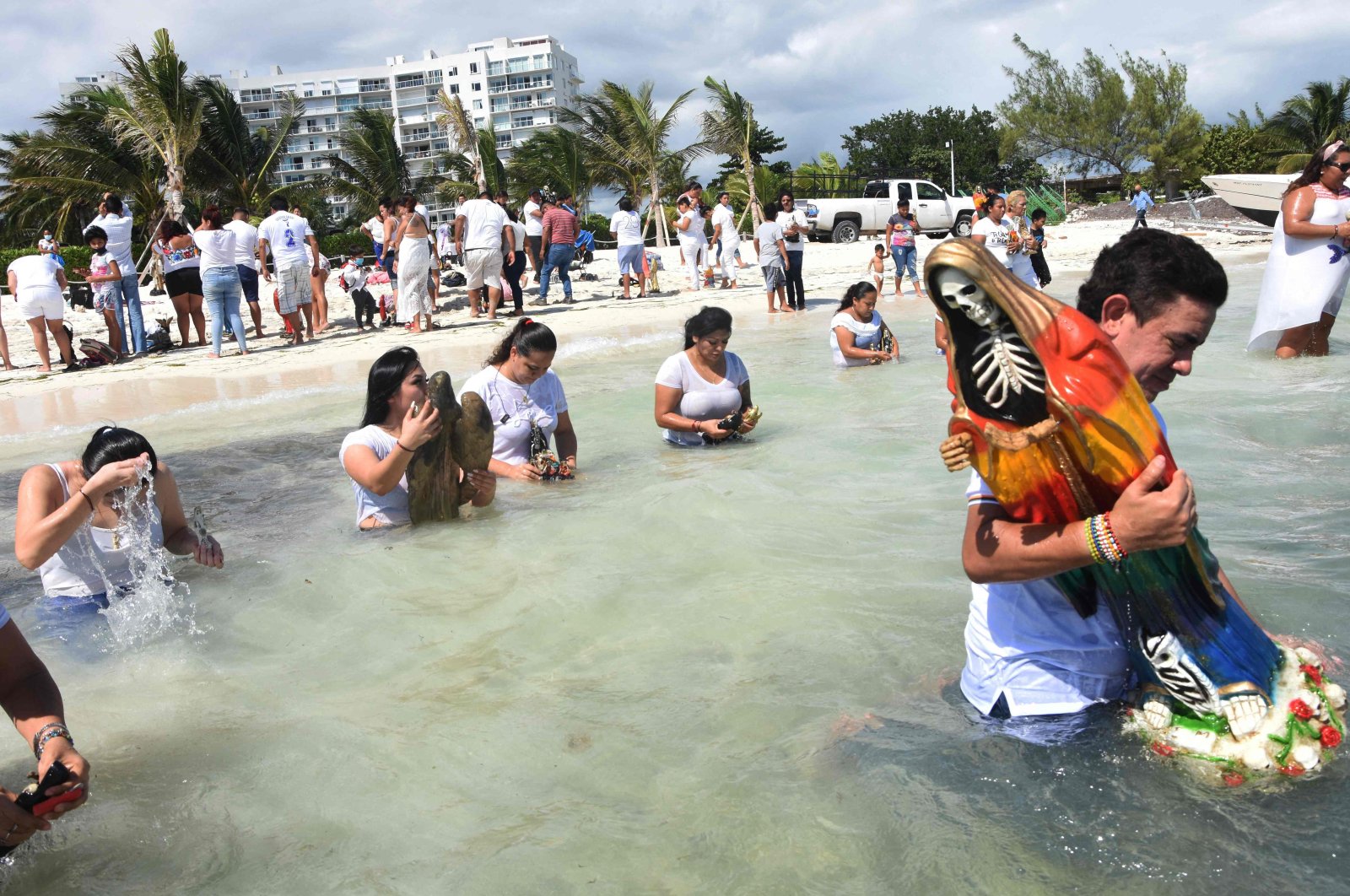 Devotees enter the sea with images of Santa Muerte during a gratitude ceremony for favors received at the beach of Puerto Juarez in Cancun, Quintana Roo state, Mexico, on Nov. 1, 2021. (AFP File Photo)
by Daily Sabah with Reuters Nov 05, 2021 12:47 am

Two suspected gang members were killed after a fight broke out between rival groups at a beach near Cancun, Mexico’s Quintana Roo state government said in a statement late Thursday.

Meanwhile, guests staying at the Hyatt Ziva Riviera Cancun resort shared on Twitter that there was an active situation at the hotel.

“All guests and employees told to duck, and we’re all taken to hiding places at Hyatt Ziva Riviera Cancun Resort. Active shooter? Terrorist or kidnapping threat? They’re not telling us anything,” Mike Sington, a guest staying at the hotel said in a tweet.

“Active shooter on property at Hyatt Ziva Riviera Cancun Resort. All guests and employees are hiding. Paramedics have arrived,” he added.

Sington later concluded that hotel staff had reported the shooter had been apprehended.

Earlier on, the U.S. Embassy in Mexico said that consulate officials were looking into the incident.