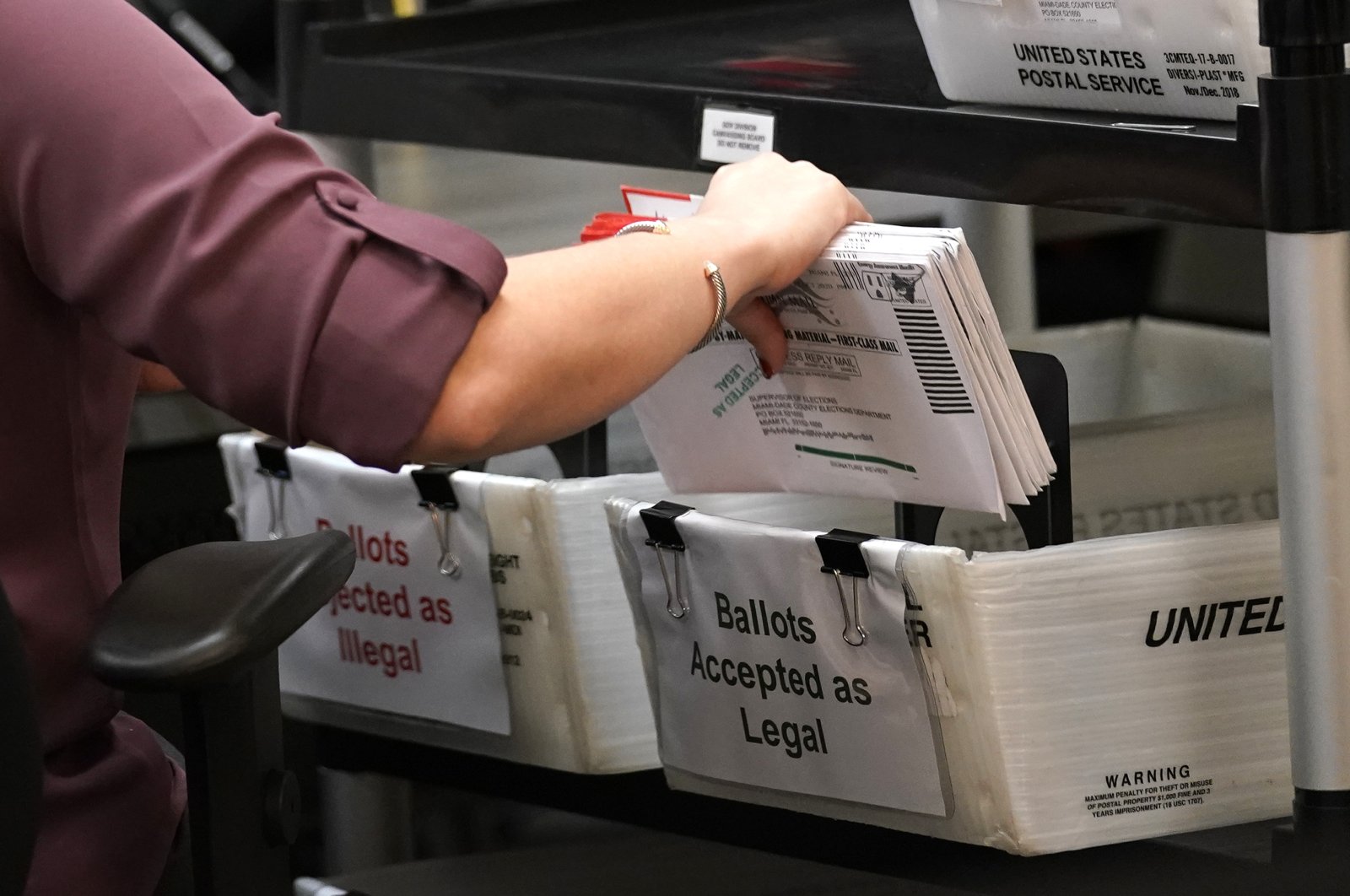 President Donald Trump's campaign on Wednesday took another step in its legal strategy to upend his U.S. election loss by filing a lawsuit in Michigan, while Georgia announced a recount and President-elect Joe Biden focused on laying the foundation of his incoming administration.

The Republican president's team went to federal court to try to block Michigan, a Midwestern battleground state that he won in 2016, from certifying the Nov. 3 election results. Trump trailed by roughly 148,000 votes, or 2.6 percentage points, in unofficial Michigan vote totals.

Biden has a slimmer lead of just over 14,000 votes, or 0.3 points, in Georgia, a southern state that has not been carried by Democrats since 1992.

Georgia Secretary of State Brad Raffensperger announced a hand recount of all ballots cast in the state, which he said was expected to begin this week and would be completed in time to certify the results by the Nov. 20 deadline.

"It'll take every bit of the time that we have left, for sure. It's a big lift," Raffensperger told a news conference.

Trump has declined to concede the election to Biden, instead lodging a flurry of lawsuits in pivotal states to try to back up his unsupported claims of widespread voting fraud. The Michigan lawsuit also made allegations of misconduct in the voting, with the focus on the Democratic stronghold of Wayne County, which includes Detroit.

Jake Rollow, a spokesperson for the Michigan Department of State, said the Trump campaign was promoting false claims to erode public confidence in Michigan's elections.

"It does not change the truth: Michigan's elections were conducted fairly, securely, transparently and the results are an accurate reflection of the will of the people," Rollow said in a statement.

Prominent Republican lawmakers and other Trump allies have backed the president's strategy, saying he has the right to contest the election results. The suit was filed one day after Biden called Trump's failure to concede an "embarrassment."

Judges have tossed out several of the Trump lawsuits and legal experts say the litigation has little chance of changing the election outcome.

While acknowledging there was "no silver bullet" that would overturn the election, Trump campaign spokesperson Tim Murtaugh said Wednesday's developments were part of a process that could pave the way for a second Trump four-year term.

Earlier, the Trump campaign said it had evidence that a handful of dead people in Georgia had voted in last week's election.

Biden last Saturday clinched victory in the election as he won a series of battleground states to exceed the 270 electoral votes needed in the state-by-state Electoral College. Biden was winning the national popular vote by more than 5 million votes, with some states still counting ballots.

Biden planned to meet with advisers on Wednesday who are helping him prepare to take office on Inauguration Day, Jan. 20.

Trump placed a memorial wreath at the Tomb of the Unknown Soldier at Arlington National Cemetery, his first public appearance other than two golf outings since Biden was projected the winner on Saturday.

While Trump made no remarks while at the cemetery, in a series of Twitter posts on Wednesday he kept up his narrative of voter fraud, referring to "a mountain of corruption & dishonesty" while assailing pollsters.

Nearly 80% of Americans, including half of Republicans, say Biden won the election, according to a Reuters/Ipsos poll released on Tuesday.

Trump's refusal to accept defeat, even as world leaders congratulate Biden and look to their future relations with the United States, caps a volatile nearly four years in office with the country deeply polarized and facing a sharp resurgence in coronavirus cases. During the campaign, Trump had refused to commit to a peaceful transfer of power.

The Trump administration is not cooperating with Biden's transition team, which has been unable to move into federal government office space or tap funds to hire staff.

The election outcome in a small number of states remained undecided with Trump holding a lead in North Carolina and Biden ahead in Arizona in addition to Georgia. Recounts are unlikely to change the outcomes.

To remain in office, Trump would need to win all three undecided states plus overturn the results in one or more state in Biden's column.