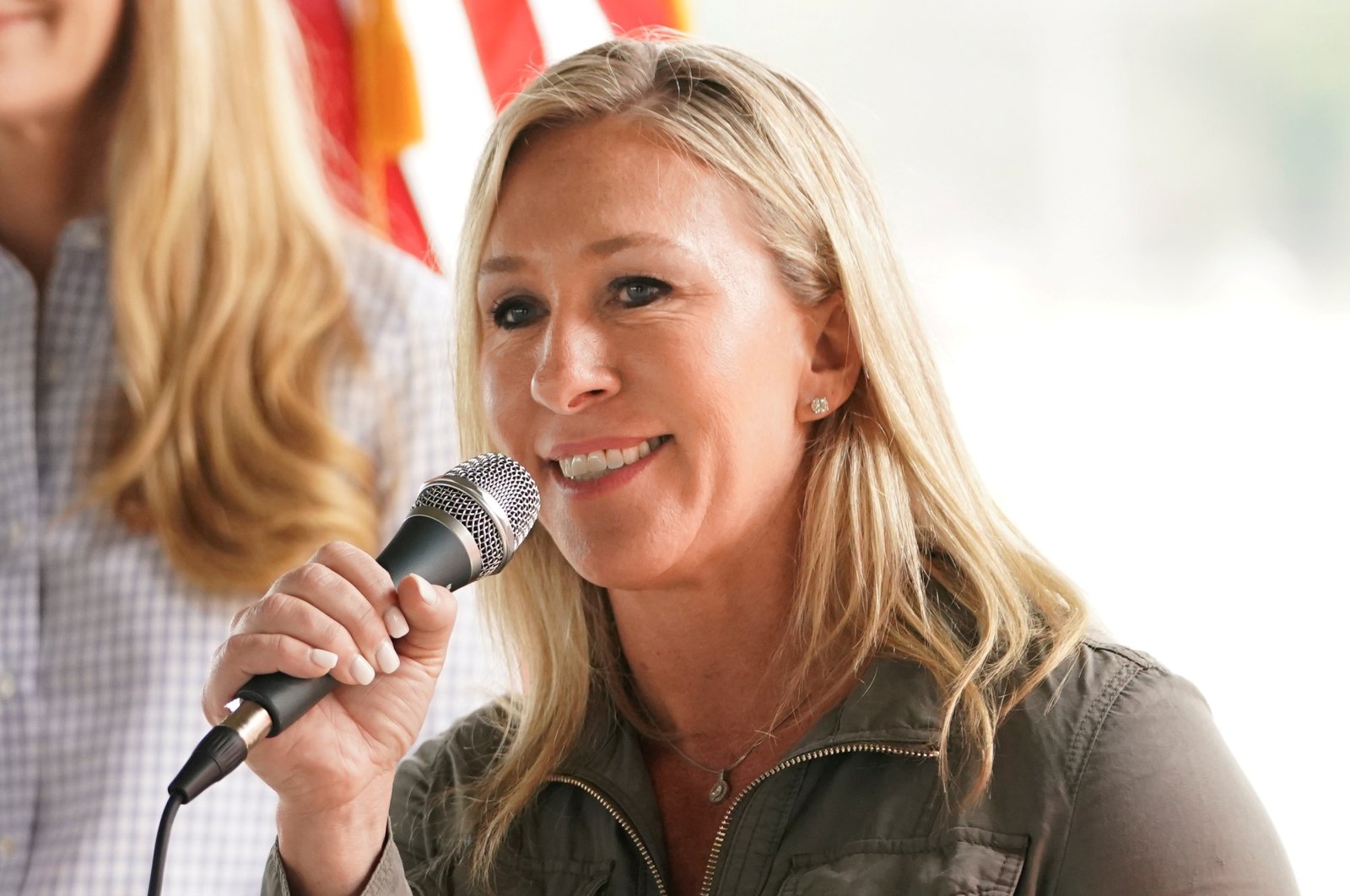 Her candidacy was bolstered by President Donald Trump, who has called her a “future Republican Star.”

Greene was heavily favored in the conservative district even before Democratic challenger Kevin Van Ausdal suddenly dropped out in September, saying he was moving out of state.

Greene thanked her staff and asked supporters to pray for President Donald Trump to win reelection at a watch party Tuesday night, video of which was livestreamed on Facebook.

In her remarks, Greene pledged to “fight hard to make sure that Nancy Pelosi and the squad and the radical Democrats in the House do not steal anything away from America, because this country was never ever meant to be a socialist nation.”

Greene is a businesswoman and political newcomer who’s gained large followings on social media in part by posting incendiary videos and comments.

Greene has claimed in online videos that Black and Hispanic men are being held back by “gangs and dealing drugs,” alleged a so-called “Islamic invasion” of government offices and accused Jewish billionaire George Soros of collaborating with Nazis.

She has also embraced QAnon, a far-right U.S. conspiracy theory centered around the debunked belief that Trump is fighting a secret campaign against “deep-state” enemies and a child sex trafficking ring of satanic pedophiles and cannibals.

In more recent videos and posts, she has attacked everything from the Black Lives Matter movement to the use of face masks to protect against the coronavirus.

After some of her comments came to light, Greene was condemned by some future House colleagues within her own party, but many other Republicans including Trump and Republican U.S. Sen. Kelly Loeffler have embraced her.

She had a blunt message for her detractors in a speech after winning a GOP primary runoff in August: “I will not apologize.”

“Congratulations to future Republican Star Marjorie Taylor Greene on a big Congressional primary win in Georgia against a very tough and smart opponent,” Trump tweeted after her primary win. “Marjorie is strong on everything and never gives up - a real WINNER!”

Democrats weren’t able to replace Van Ausdal on the ballot because he dropped out too close to the election, leaving Greene essentially unopposed in the race.

The seat has been open since Graves stepped down in October.