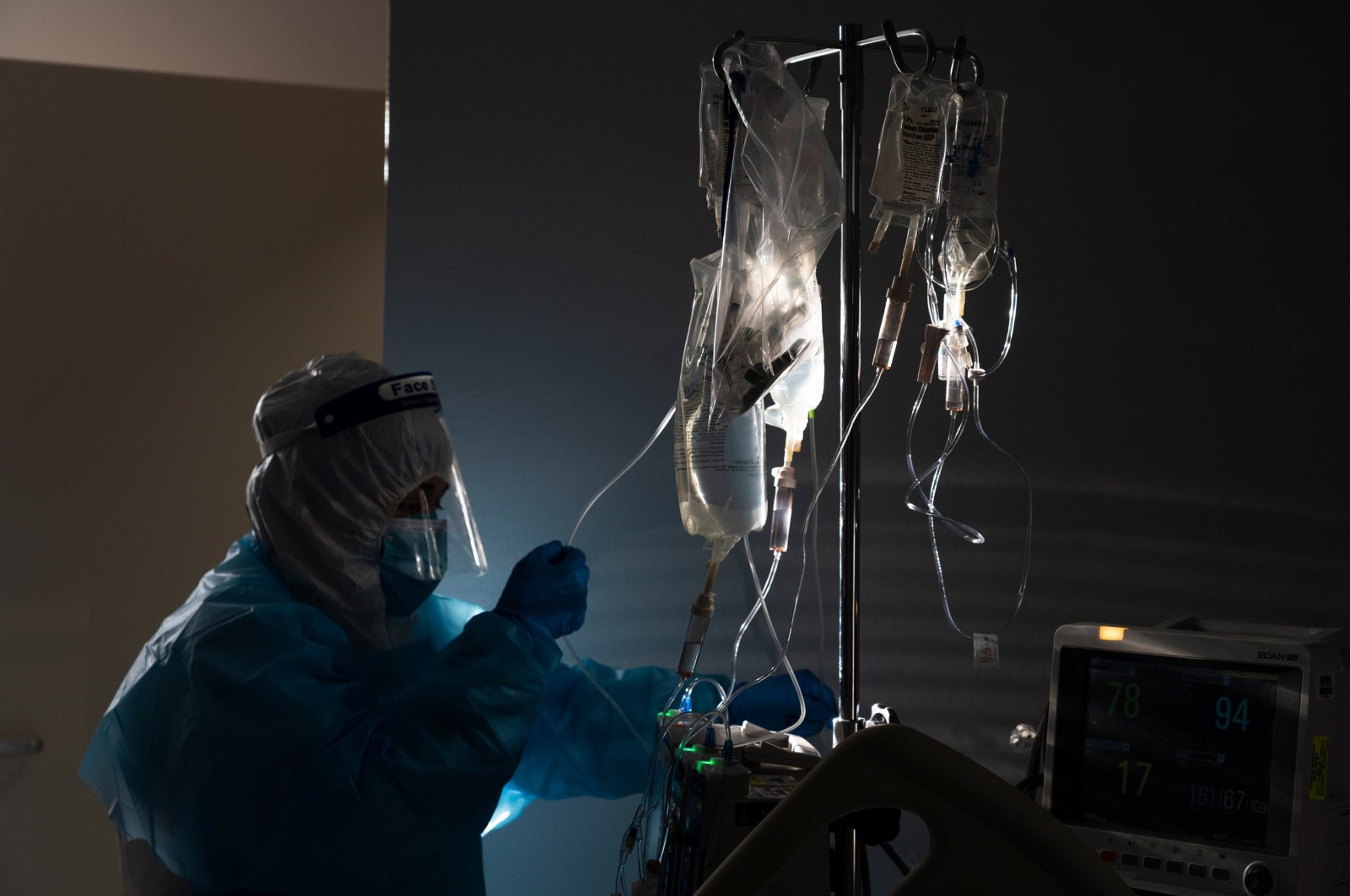 Less than a week after crossing the 10-million-case mark on Nov. 9, the U.S. has added another 1 million COVID-19 cases to its tally. It took 300 days for the U.S. to hit the 11-million mark since the first case was diagnosed in Washington state on Jan. 20. Over 246,000 deaths have been reported so far in the county, while more than 60,000 Americans are currently hospitalized with the virus.

The U.S. recorded 156,416 new cases on Saturday alone, which marked the 11th day in a row that the country recorded more than 100,000 daily cases. Michigan and Washington on Sunday joined several other states in announcing renewed efforts to combat the coronavirus. The actions followed grim milestones passed by Texas and California last week as the states each marked more than 1 million confirmed COVID-19 cases since the beginning of the pandemic.

In Texas, sporting events were canceled and at least one city added mobile morgues in anticipation of that virus deaths would soon overwhelm hospitals. Meanwhile, in California, the nation’s most populous state and the first one to issue a statewide stay-at-home order, officials urged those planning holiday gatherings to take strict precautions, including keeping visits small, outdoors and under two hours long.

Global infections have soared past 54 million with more than 1.3 million deaths, and the worrying spikes have forced governments to reimpose deeply unpopular and economically devastating restrictions on movement and gatherings.

Europe has been hit particularly hard by a second wave of the pandemic, with curbs reimposed, often in the face of protests, from Greece to Britain, where Prime Minister and COVID-19 survivor Boris Johnson went into self-isolation after coming into contact with an MP who later tested positive for the virus.

Elsewhere on the continent, Germany warned that its anti-virus measures were likely to stay in place for several months. In hard-hit France, health minister Olivier Veran warned that while strict containment measures had helped slow the virus, "we have not won against the virus yet," Agence France-Presse (AFP) quoted him as saying.

Concerns of a resurgence linger in parts of the world that have largely brought their caseloads under control. Countries across the Asia-Pacific region reported record new coronavirus numbers and fresh outbreaks on Monday, with Japan facing mounting pressure to reimpose a state of emergency and South Korea warning it was at a "critical crossroads." The resurgence of the virus in Asia comes as travel restrictions are gradually being eased in the region, and it will dampen prospects for a broader reopening that would boost the recovery underway in economies such as Japan. In South Korea, officials reported more than 200 new coronavirus cases for the third consecutive day on Monday, as the government considers tightening social distancing rules.