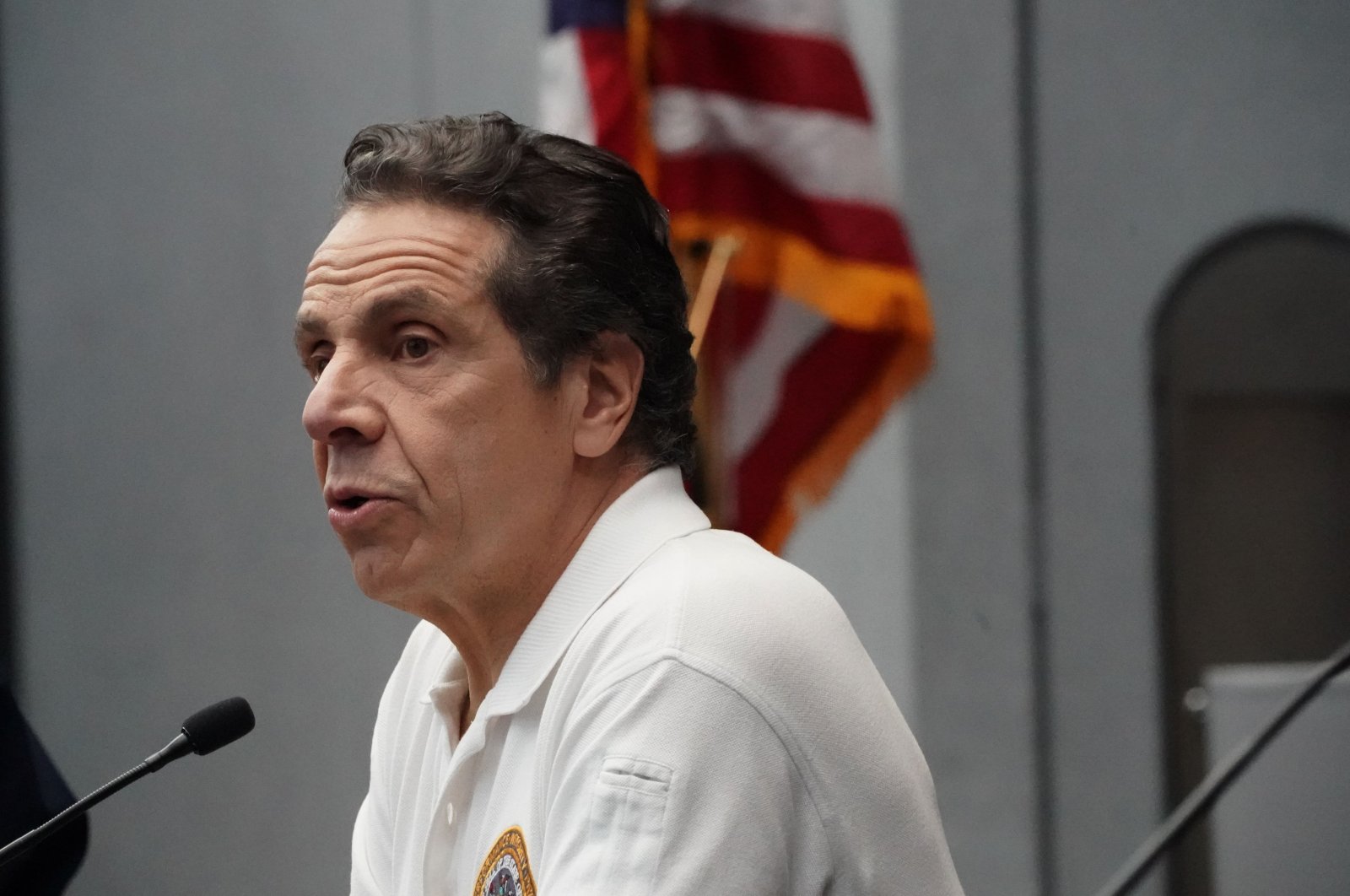 New York Gov. Andrew Cuomo said Tuesday that he would refuse any order by President Donald Trump that would begin the process of reopening the economy before it was safe to do so without reigniting the coronavirus outbreak in his state.

Cuomo and the governors of six other northeastern states said Monday they would formulate a regional plan to gradually lift social-distancing restrictions that have shut down nonessential businesses and schools. Health officials credit the shutdown with slowing the spread of the virus in New York.

On the Pacific Coast, the governors of California, Oregon and Washington state said they also would take a regional approach, but cautioned that any large-scale reopening would depend on a decline in the rate of spread in their area.

Soon after the announcements, Trump asserted he had the ultimate authority to reopen the largely shuttered economy even though he earlier had deferred to state governors in putting social-distancing orders in place.

At a Monday briefing, Trump pushed back against the actions of governors in determining when and how to reopen the economy, saying, "The president of the U.S. calls the shots." He said they could not do anything without his approval.

"If he ordered me to reopen in a way that would endanger the public health of the people of my state, I wouldn't do it," Cuomo said in an interview with CNN, referring to the president.

Cuomo said any reopening would have to come in phases and take months to complete. Widespread testing was the key to a successful restart, he said.

The New York governor, who has made a point of saying policy should be guided by science and not politics, cautioned that a premature order by Trump would set off a federal clash with the states that would end up in court.

The wrangling coincides with signs the outbreak has been slowing in New York and other states where it struck early.

Cuomo on Tuesday said the statewide single-day death toll rose by 778 and the number of infections slowed.

U.S. deaths from the novel coronavirus topped 24,000 on Tuesday, according to a Reuters tally, as officials debated how to reopen the economy without reigniting the outbreak.
The U.S., with the world's third-largest population, has recorded more fatalities from COVID-19 than any other country. There were a total of nearly 583,000 U.S. cases with nearly 2 million reported cases globally.
On Monday, the U.S. reported about 1,500 new fatalities, far below last week's running tally of roughly 2,000 deaths every 24 hours, according to a Reuters tally. U.S. deaths exceeded 24,400 on Tuesday with many states yet to report.

Some of Trump's fellow Republicans also said it was the states, not the president, who would decide when to reopen their economies.

"It's the governors that are going to make decisions about when certain activities are allowed," U.S. Senator Marco Rubio, a Republican, told CNBC in an interview Tuesday. "Obviously, the guidance from the federal government coming from the White House is going to be very influential in that."

In South Dakota, one of a handful of U.S. states that have not put in place statewide shelter-at-home orders, officials were working to contain an outbreak of the virus at a meatpacking plant.

Smithfield Foods, the world’s biggest pork processor, said Sunday it would shut its plant in Sioux Falls indefinitely due to a rash of coronavirus cases among hundreds of employees.

"It certainly is a tense situation there but we've got a lot of people focused on helping those individuals get better," South Dakota Governor Kristi Noem said in an interview with Fox News on Monday. "Overall the state is doing very, very well. This hot spot is one area that we are addressing."