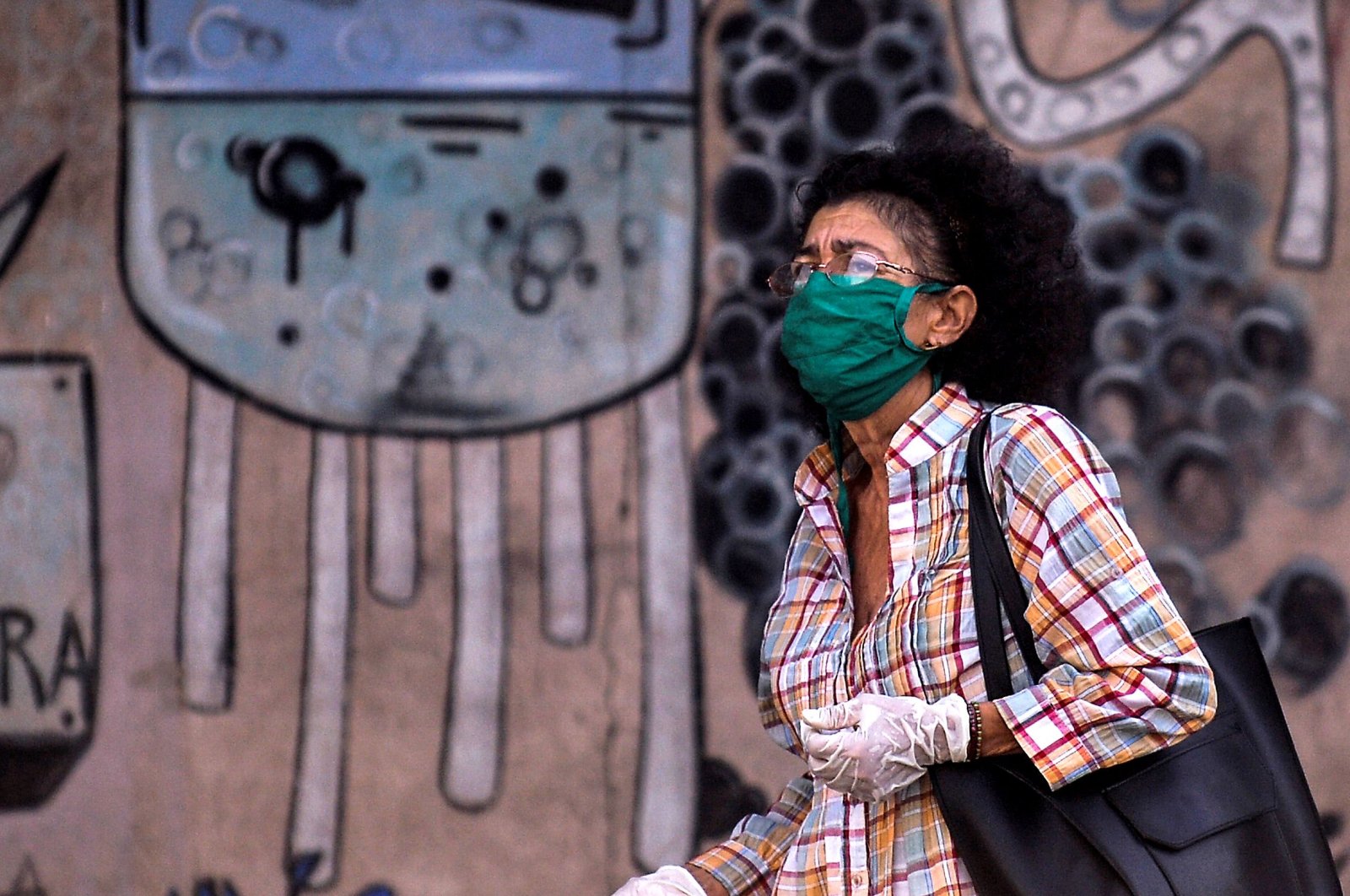 A skeleton reaches up from the ground to clutch at a fantastical winged creature. A hunched figure wearing a face mask drags behind it an entangled mass of stricken faces and lanky limbs. A butterfly flutters out of the mouth of a body laid to rest.
Welcome to "Ciudad Corona" (Corona Town), a collection of murals by Cuban artist Yulier Rodriguez in the backyard of a friend's home in southern Havana.
Rodriguez is one of several urban artists who have taken to Cuba's walls to express anguish but also hope regarding the coronavirus pandemic – some in public spaces, others, like his, in private for fear of running into trouble with communist authorities.
Cuba has reported 1,947 coronavirus cases and 82 deaths so far. Official data shows the Caribbean island registered fewer than 20 new cases per day over the last week compared with the 50 to 60 that were occurring daily in mid-April.
"I felt compelled to express the energy of the moment, the way this illness drags along everyone in its path, be they rich or poor, military or civil," Rodriguez told Reuters.
Graffiti started gaining traction in Cuba in the mid-2010s due partly to the increasing influence of international culture as the country slowly opened, allowing greater internet access and the opportunity to travel.
For some artists, Cuba's many abandoned or dilapidated buildings made for the perfect canvas. The flip side is that public spaces are tightly controlled, so artists have to be careful with either their message or their identity.
In a more upbeat mural in central Havana, "Courage" is emblazoned in capital letters above a multi-story black-and-white mural of a child wearing a face mask on a dilapidated building.
"In Cuba, you need to live with courage all the time," the author "Mr Myl" said, declining to disclose his real name and covering his face with a floppy hat and face mask.
In Cojimar, a fishing village east of Havana that inspired Ernest Hemingway's novel, "The Old Man and the Sea," a group of youngsters have painted colorful murals on ruins by the sea. One depicting a child holding a rainbow-colored pinwheel against a flowery background is dedicated to health care workers fighting the virus.
Hip hop musician Sekou Sarrias, who led the project, said the aim was not only to express gratitude but also to provide joy to those living among these ruins.