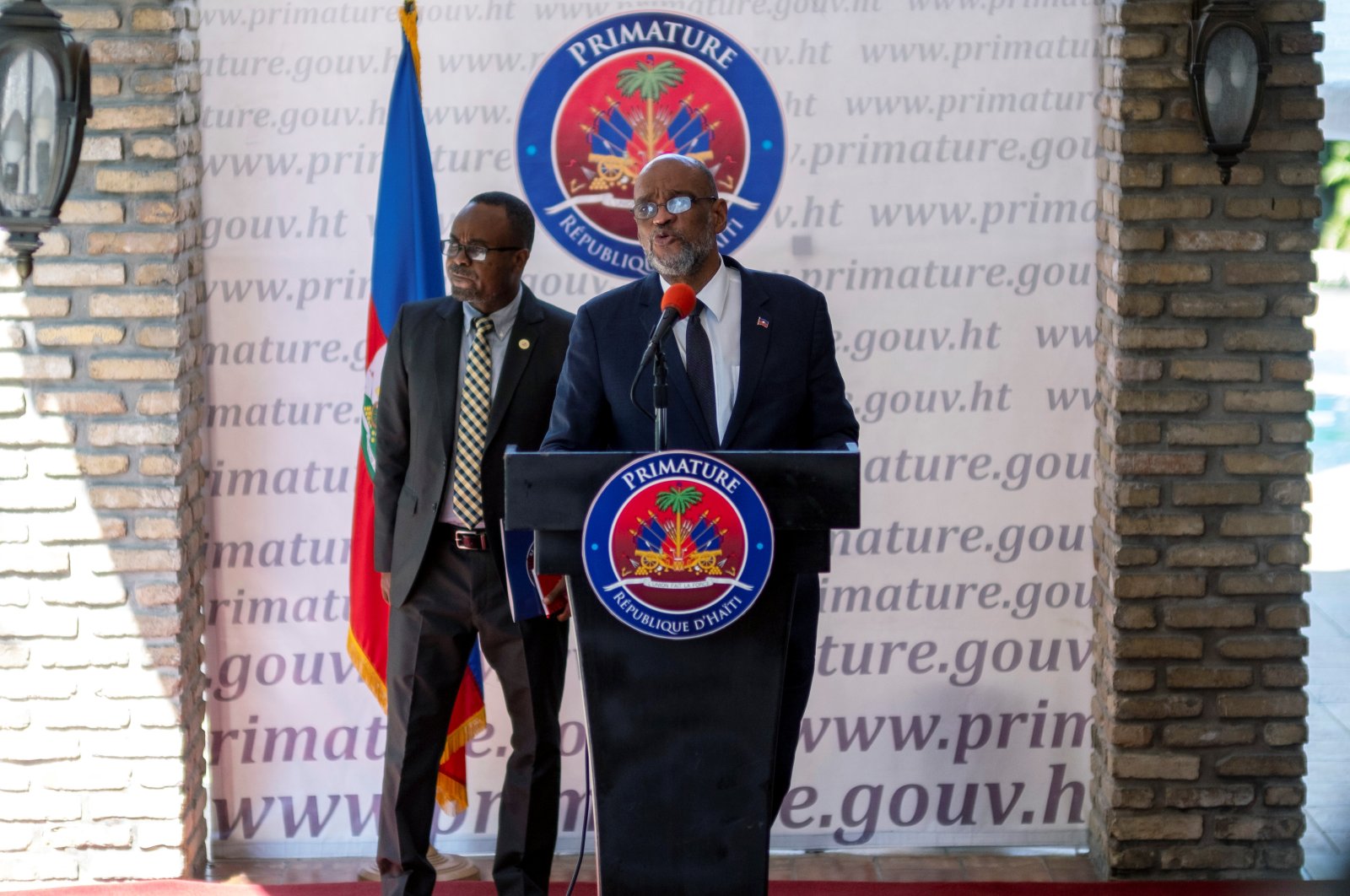 Henry said the government's mission is to hold free, honest and transparent elections with a large voter turnout as he stressed the need for security. He also said he wants to fight unemployment and re-establish confidence in the country's judicial system, adding that he has been meeting with civil society leaders and others since being sworn in on July 20.

"The discussions up until now are difficult but constructive,” he said, without offering any details or taking any questions. Henry stressed the importance of reconciliation and unity, adding that he wants a new model of government: one that is transparent "and above all, free of corruption.”

The press conference, which lasted less than 10 minutes, was held just hours after Henry met with a new Cabinet behind closed doors. He only briefly mentioned the investigation into the July 7 attack at Moise's private home in which the first lady was seriously injured, saying that those responsible need to be brought to justice.

At least 26 people have been arrested in the killing, including 18 former Colombian soldiers and a top police official who served as general coordinator for Moise's security detail.

Authorities are still searching for other suspects including a former rebel leader, an ex-Haitian senator and a Haitian Supreme Court judge.