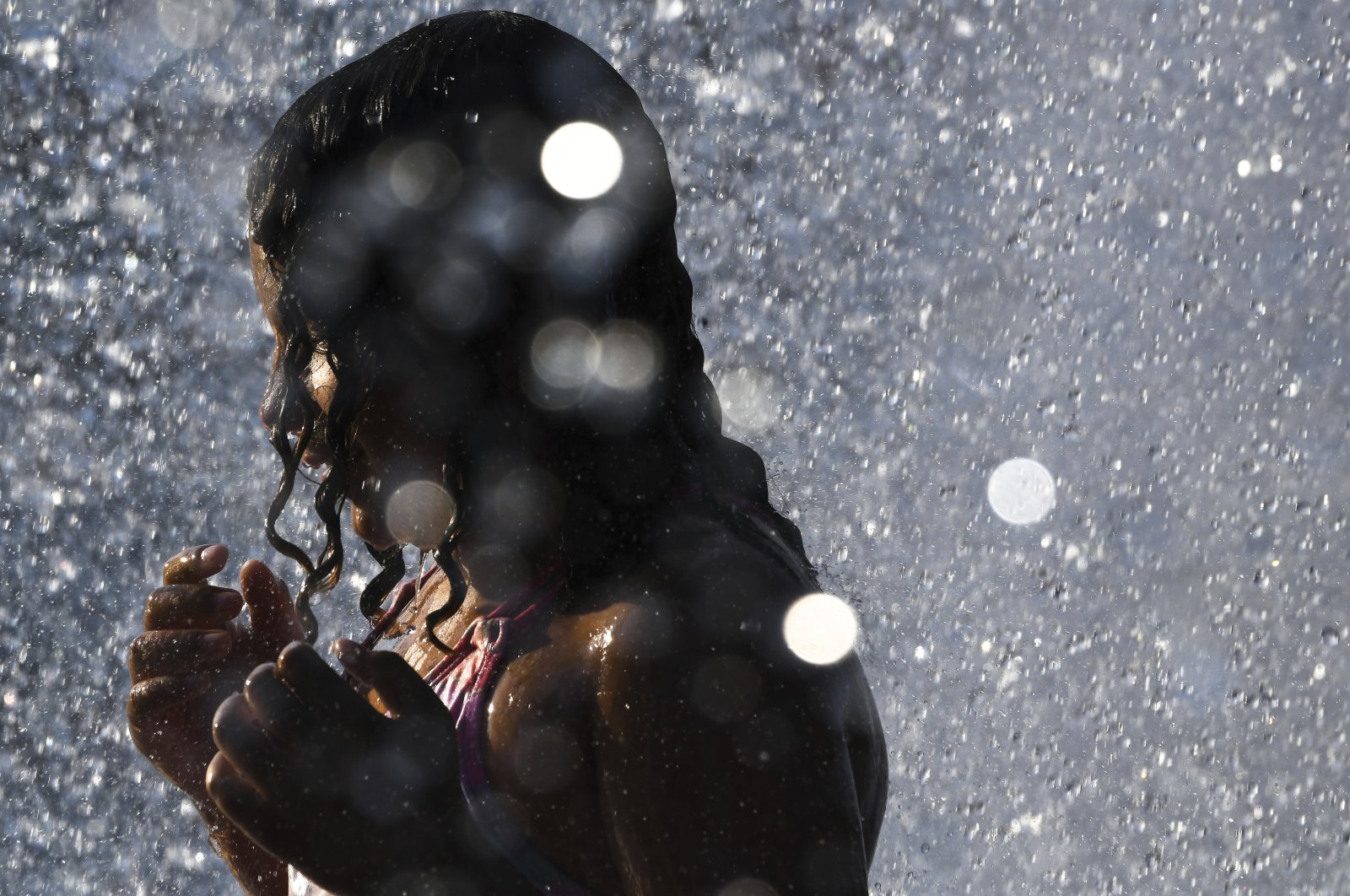 Scorching heat extending from the U.S. state of Oregon northward towards the Arctic Circle has claimed the lives of 233 people alone in Vancouver, Canada, as extremely high temperatures wreaked havoc on families and communities

Record high temperatures swept through Canada and United States, leaving scores dead in their wake, with authorities warning that the number of fatalities may rise as more reports were filed.

Canadian officials said Tuesday that mass deaths are likely linked to a grueling heat wave as the country recorded its highest ever temperature amid scorching conditions that extended to the U.S. Pacific Northwest. At least 134 people died suddenly since last Friday in Canada's Vancouver area, according to figures released by the city police department and the Royal Canadian Mounted police.

The Vancouver Police Department alone said it had responded to more than 65 sudden deaths since Friday, with the vast majority "related to the heat." Canada set a new all-time high-temperature record for the third day in a row Tuesday, reaching 121 degrees Fahrenheit (49.5 degrees Celsius) in Lytton, British Columbia, about 155 miles (250 kilometers) east of Vancouver, the country's weather service, Environment Canada, reported.

Other local municipalities have said they too have responded to many sudden death calls, but have yet to release tolls. Some Vancouver locals said they had never experienced such temperatures before.

"It's never this bad. I've never seen anything like this," said a Vancouver resident who only gave her name as Rosa. "I hope it never becomes like this ever again. This is too much."

Vancouver on the Pacific coast has for several days recorded temperatures above 86 degrees Fahrenheit (or almost 20 degrees above seasonal norms). The chief coroner for the province of British Columbia, which includes Vancouver, said that it had "experienced a significant increase in deaths reported where it is suspected that extreme heat has been contributory." The service said in a statement it recorded 233 deaths between Friday and Monday, compared to 130 on average.

"We are in the midst of the hottest week British Columbians have ever experienced, and there are consequences to that, disastrous consequences for families and for communities," British Columbia Premier John Horgan told a news conference. He urged "checking up on those people we know might be at risk, making sure we have cold compresses in the fridge or we're staying in the coolest part of our homes, and making sure that we're taking steps to get through this heat wave."

Environment Canada has issued alerts for British Columbia, Alberta, and parts of Saskatchewan, Manitoba, Yukon and the Northwest Territories, saying the "prolonged, dangerous and historic heat wave will persist through this week."

The heat wave has forced schools and COVID-19 vaccination centers to close in the Vancouver area, while officials set up temporary water fountains and misting stations on street corners. Stores quickly sold out of portable air conditioners and fans, so several people without cooling at home told Agence France-Presse (AFP) that they hunkered down in their air-conditioned cars or underground parking garages at night.

Cities across the western United States and Canada opened emergency cooling centers and outreach workers handed out hats and bottles of water.

The extreme heat, combined with intense drought, also created the perfect conditions for several fires to break out over the weekend. One blaze on the California-Oregon border had already burned about 1,500 acres (600 hectares) by Monday morning.

"Dubai would be cooler than what we're seeing now," David Phillips, a senior climatologist for Environment Canada, told Agence France-Presse (AFP) on Monday.

The scorching heat stretching from the U.S. state of Oregon to Canada's Arctic territories has been blamed on a high-pressure ridge trapping warm air in the region. The intense heat wave caused one power utility to impose rolling blackouts amid heavy demand.

About 9,300 Avista Utilities customers in Spokane lost power Monday and the company said more planned blackouts began Tuesday afternoon in the city of about 220,000 people.

"We try to limit outages to one hour per customer,” said Heather Rosentrater, an Avista vice president for energy delivery. She said about 2,400 customers were without power as of shortly after 2 p.m. Tuesday, mostly on the north side of the city, and those customers had been alerted about the planned outage. According to The Associated Press (AP), about 21,000 customers were warned Tuesday morning that they might experience an outage. Rosentrater said the outages were a distribution problem and did not stem from a lack of electricity in the system.

The Seattle Times reported they were a 65-year-old Seattle woman and a 68-year-old Enumclaw, Washington, woman. And the Snohomish County Medical Examiner’s Office on Tuesday told the Daily Herald in Everett, Washington, that three men – ages 51, 75 and 77 – died after experiencing heatstroke in their homes. They were from Everett, Granite Falls and Marysville in Washington.

The heat may have claimed the life of a worker on a nursery in Oregon, the state’s worker safety agency, known as Oregon OSHA, said Tuesday. The man who died was from Guatemala and had apparently arrived in the United States only a few months ago, said Andres Pablo Lucas, owner of Brother Farm Labor Contractor that provided workers for the nursery, including the man who died.

Officials in Bremerton, Washington, said heat may have contributed to four deaths in that Puget Sound city. But Vince Hlavaty, Bremerton’s medical officer, told the Kitsap Sun that firefighters cannot say definitively whether the heat was the cause of death. In Bend, Oregon, authorities said the deaths of two homeless people in extreme heat may have been weather-related.

The United Farm Workers urged Washington Gov. Jay Inslee to immediately issue emergency heat standards protecting all farm and other outdoor workers in the state with a strong agricultural sector. Several cities in Idaho also topped 100 degrees Fahrenheit on Tuesday with the hottest spot in Lewiston where the temperature reached 115 degrees Fahrenheit.

U.S. President Joe Biden, during an infrastructure speech in Wisconsin, took note of the Northwest as he spoke about the need to be prepared for extreme weather.

"Anybody ever believe you’d turn on the news and see it’s 116 degrees in Portland, Oregon? 116 degrees," the president said, working in a dig at those who cast doubt on the reality of climate change. "But don’t worry – there is no global warming because it’s just a figment of our imaginations.” The heat wave was caused by what meteorologists described as a dome of high pressure over the Northwest and worsened by human-caused climate change, which is making such extreme weather events more likely and more intense.