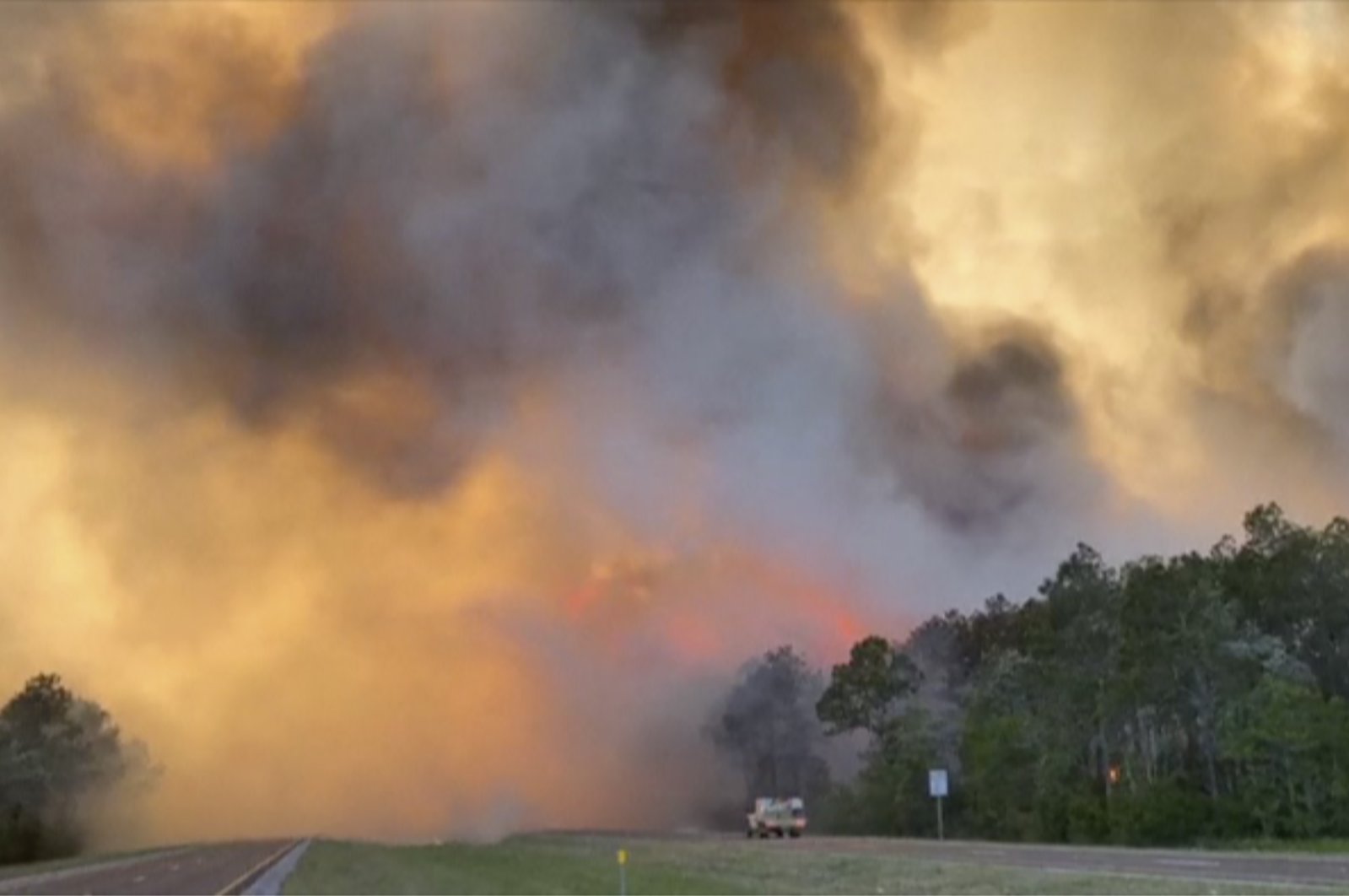 In this image made from video taken May 6, 2020 by the Florida Department of Agriculture and Consumer Services, fire and smoke rise from trees alongside a road in Santa Rosa County, Florida. (AP Photo)
by ASSOCIATED PRESS
May 07, 2020 1:30 pm

Wildfires raging in the Florida Panhandle have forced nearly 500 people to evacuate from their homes, authorities said.

One wildfire that broke out Monday afternoon in Santa Rosa County has been named the Five Mile Swamp fire as high winds and low humidity caused the blaze to expand 10 times in size, the Florida Forest Service said in a statement. The fire started as a prescribed burn but quickly grew out of control, according to The Tampa Bay Times.

The evacuation order will remain in effect until noon Thursday and then will be reevaluated at that time, the Florida Department of Agriculture and Consumer Services said in a statement.

“This is an extremely dangerous and fast-moving wildfire situation that is evolving rapidly, so everyone in the affected area should follow directions from state and local officials,” said Florida Agriculture Commissioner Nikki Fried.

Almost all of Florida has had less-than-usual rainfall this year. National Weather Service meteorologist Jack Cullen told The Times that the dryness helped fuel the fires on Wednesday. Cullen, who is based in Mobile, Alabama, said the wind is the real culprit.

“What made this (fire) today was the wind, to go along with the dry conditions and low humidity,” Cullen said.

Firefighters are also battling another 575-acre fire in Walton County. Authorities said approximately 500 people were evacuated from the area and multiple structures were lost in that fire.

There have been no reports of injuries or deaths.