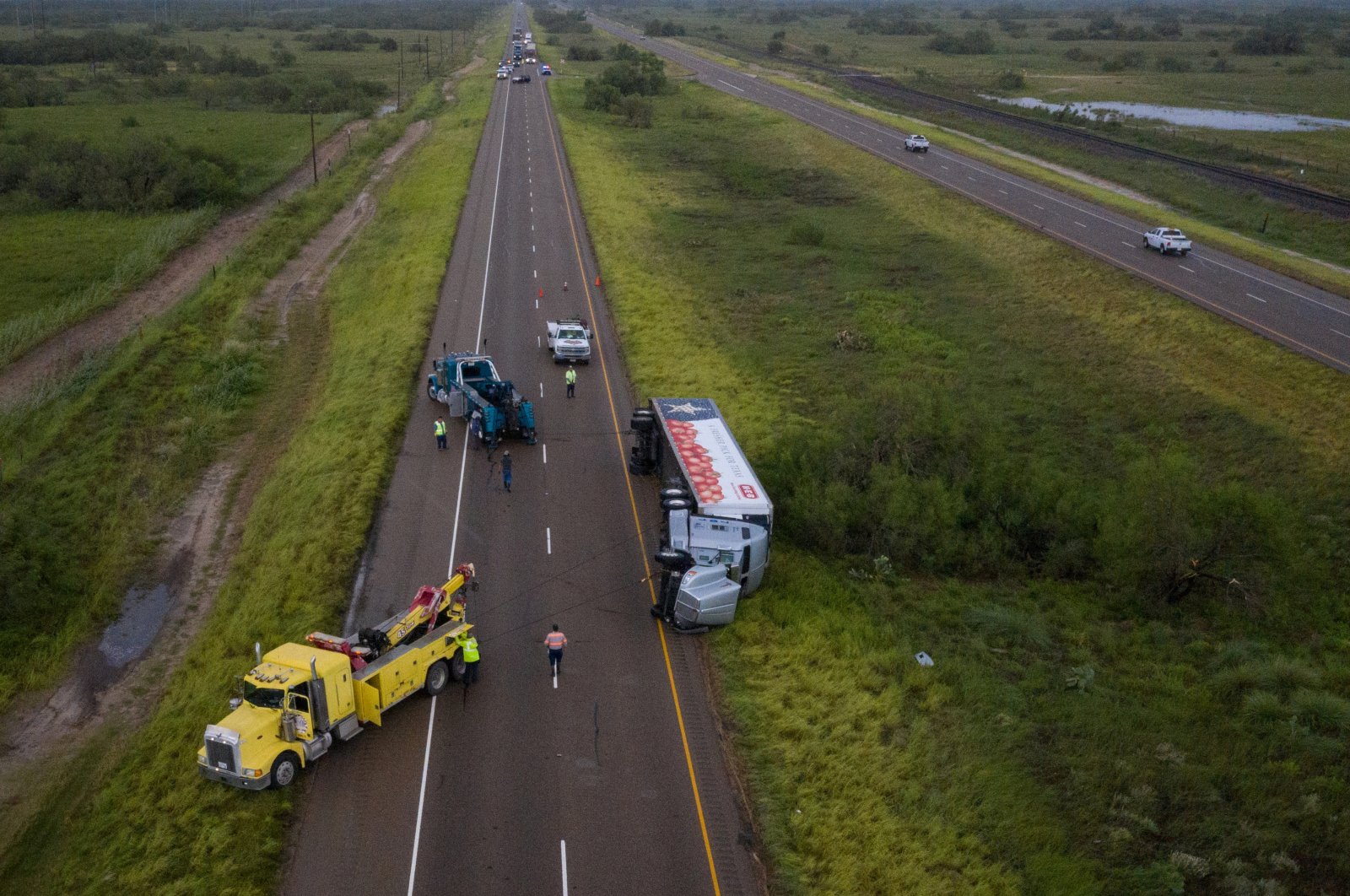 Hurricane Douglas threatened to become only the third storm of its size on record to hit Hawaii as it barrelled through the Pacific late on Sunday after the year's first major Atlantic weather system lashed Texas.

The Category 1 storm was around 75 miles (120 kilometers) north of the capital Honolulu at 9 p.m. (7 a.m. GMT Monday) and was moving away from the city, according to the National Hurricane Center (NHC).

But Douglas was still packing winds of up to 85 miles per hour (140 kph) and approaching the western island of Kauai, the center's forecast said.

It is rare for severe storms to make landfall in Hawaii, and if Douglas does so it will be only the third in modern history after Dot in 1959 and Iniki in 1992.

Maui county lifted its hurricane warning after skies began clearing over the island by mid-afternoon, and Mayor Mike Victorino said there were no reports of serious damage.

But hurricane warnings were still in effect further west for Kauai county, as well as Oahu, the island home to Honolulu, a city of just under 350,000.

"Gradual weakening is forecast during the next 48 hours, but Douglas is expected to remain a hurricane as it moves through the islands," the NHC said earlier Sunday.

It said the storm was expected to bring life-threatening and potentially destructive surf and rainfall of up to 15 inches on higher terrain.

Honolulu Mayor Kirk Caldwell opened evacuation centers with space for 1,600 people, but warned they should be used as a "last option" and that those needing shelter would have to cover their faces and have their temperature taken, local media reported.

"If you are sheltering away from home today, please remember that #COVID19 is not taking a break for the storm," Caldwell tweeted Sunday evening.

Late on Sunday, Hurricane Hanna left a trail of destruction on the Texas coast, overturning tractor-trailers, downing power lines and toppling part of the U.S.-Mexico border wall as the storm threatened the area with torrential rains.

Eventually weakening to a tropical depression, Hanna came ashore on Padre Island on Saturday afternoon as a Category 1 hurricane on the five-step Saffir-Simpson scale of intensity and later made a second landfall in Kenedy County, Texas. It swept through a part of the state hard hit by the coronavirus pandemic. Hanna was the first hurricane of the 2020 Atlantic hurricane season.

Powerful winds from Hanna knocked over at least three 18-wheeler trucks and a recreational vehicle, with tow trucks trying to right the toppled vehicles on Sunday, shutting down a 2-mile (3.2-km) stretch of U.S. Route 77 in Sarita, Texas, near the Mexican border.

In Port Mansfield, winds flattened sugarcane fields and leveled trees. Deer roamed streets, stopping to nibble downed branches in the yards of homes, some that lost their roofs.

A video circulating on Twitter showed winds toppling a newly constructed portion of the border wall built between the U.S. and Mexico.

At one point, more than 283,000 homes and businesses were without electricity. But that figure fell to 203,000 by Sunday afternoon, according to poweroutage.us.

The storm was not expected to affect offshore oil and gas production. Energy companies have not evacuated workers or shut down production from their Gulf of Mexico platforms because of Hanna.

Some residents took advantage of the wild weather, with Alejandro Carcano, 16, and Jesse Garewal, 18, both of Galveston, surfing the high swells whipped up by Hanna.

Gov. Greg Abbott said in a statement on Sunday that the Federal Emergency Management Agency (FEMA) declared the storm a federal emergency and would help fund evacuation and shelter efforts.

"I continue to urge Texans to heed the guidance from their local leaders and follow best practices to keep themselves and their loved ones safe as severe weather continues to move through our communities," he said.

The Texas area struck by Hanna has struggled to contain outbreaks of COVID-19 in recent weeks. Cases along the state's coast have soared into the tens of thousands.

More than 440 people in the Corpus Christi area were hospitalized with the illness, according to the state health department.

Weakening as it headed west overland, Hanna's center on Sunday was about 35 miles (55 km) from Monterrey, Mexico, as it moved 9 miles per hour (15 kph), the U.S. National Hurricane Center said in a bulletin posted at 4 p.m. (9 p.m. GMT).

The storm's top sustained winds were around 35 mph (56 kph), the center said.

The storm was forecast to lose more steam as it moved across Texas and northeastern Mexico. On Sunday, weather watch officials canceled the storm surge warning they had issued for the Texas coast.

Hanna still posed a threat, forecasters said, noting it could dump upward of 18 inches (45 cm) of rain in isolated areas of southern Texas through Monday.