Hurricane Elsa races toward Haiti, falls back to tropical storm 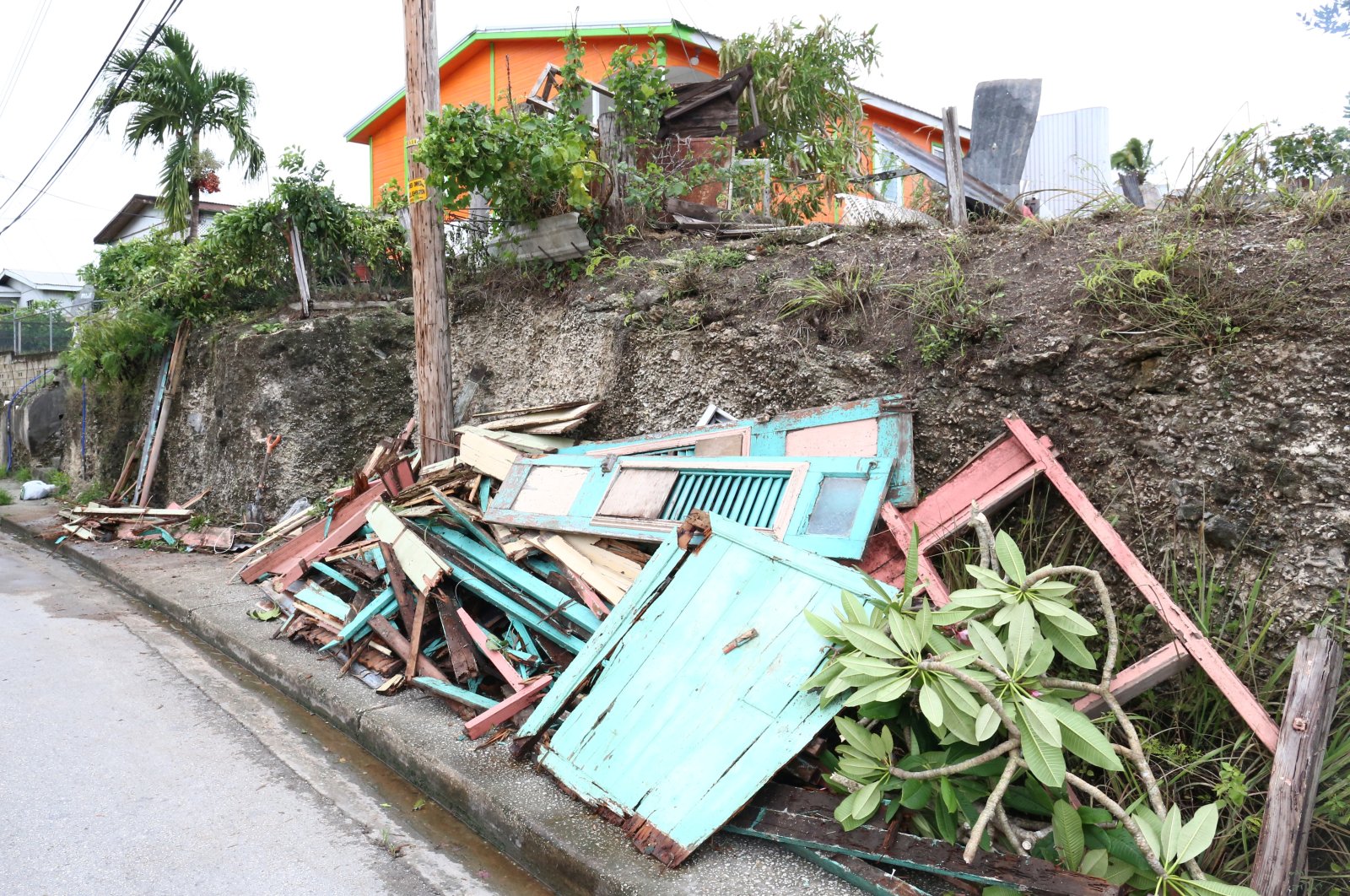 Hurricane Elsa raced toward Haiti and the Dominican Republic Saturday, as it fell back to tropical storm force, still threatening to unleash flooding and landslides before taking aim at Cuba and Florida.

The storm was located about 40 miles (70 kilometers) south of Isla Beata, Dominican Republic and was moving west-northwest at 29 miles per hour (mph). It had maximum sustained winds of 70 mph (110 kilometers per hour) as the tropical storm, which had been a Category 1 hurricane earlier on Saturday, weakened during its approach to Hispaniola and Cuba according to the National Hurricane Center in Miami.

The long-term forecast track showed it heading toward Florida as a tropical storm by Tuesday morning, but some models would carry it into the Gulf or up the Atlantic Coast.

In Haiti, authorities used social media to alert people about the storm and urged them to evacuate if they lived near water or mountain flanks.

"The whole country is threatened,” the Civil Protection Agency said in a statement. "Make every effort to escape before it’s too late.”

Haiti is especially vulnerable to floods and landslides because of widespread erosion and deforestation. In addition, a recent spike in gang violence has forced thousands of people to flee from their homes, so the civil protection agency is running low on basic items including food and water, director Jerry Chandler told The Associated Press (AP).

"It's been three weeks that we've been supporting families who are running away from gang violence,” he said. "We are working at renewing our stocks, but the biggest problem is logistics.”

He said officials are still trying to figure out how to deliver supplies to Haiti's southern region, which is bracing for Elsa's impact.

Meanwhile, people were buying water and food as the storm approached.

"I'm protecting myself the best that I can. Civil protection is not going to do that for me,” said Darlene Jean-Pierre, 35, as she bought six jugs of water along with vegetables and fruit. "I have other worries about the street ... I have to worry about gangs fighting. In addition to this, we have a hurricane. I don't know what kind of catastrophe this is going to cause."

A hurricane warning remains in effect from the Haitian capital of Port-au-Prince to Punta Palenque in the Dominican Republic. A hurricane watch was issued for the Cuban provinces of Camaguey, Granma, Guantanamo, Holguin, Las Tunas, and Santiago de Cuba. Some of those provinces have reported a high number of COVID-19 infections, raising concerns that the storm could force large groups of people to seek shelter together.

In the neighboring Dominican Republic, which shares the island of Hispaniola with Haiti, authorities opened more than 2,400 shelters as forecasters warned of heavy rains. Officials also ordered evacuations ahead of the storm as people kept stocking up on supplies.

Some people worried about the state of their homes, with many living under corrugated roofing.

"I have a lot of leaks in my zinc,” said María Ramos. "What are we going to do? Only God knows.”

Elsa was forecast to brush past the southernmost point of Hispaniola by Saturday afternoon and then take aim at communities in southern Haiti.

The storm already had ripped off roofs, destroyed crops and downed trees and power lines in the eastern Caribbean on Friday, with damage reported in Barbados, St. Lucia and in St. Vincent and the Grenadines, which also suffered massive volcanic eruptions that began in April.

"We expect that this number will increase as reports keep coming in,” he said. "We have some damage, but it could have been far worse.”

In St. Lucia, the wind damaged a secondary school, pummeling desks, overturning chairs and sending papers flying after blowing off the roof and siding.

Meanwhile, authorities in Puerto Rico rescued eight people, including two children, in stormy conditions after their boat sank amid 8- to 10-foot (2- to 3-meter) waves.

Elsa was the first hurricane of the Atlantic season and the earliest fifth-named storm on record. It is forecast to drop 4 to 8 inches (10 to 20 centimeters) of rain with maximum totals of 15 inches (38 centimeters) across portions of southern Hispaniola and Jamaica.