Hurricane Sally gains strength as it approaches southern US 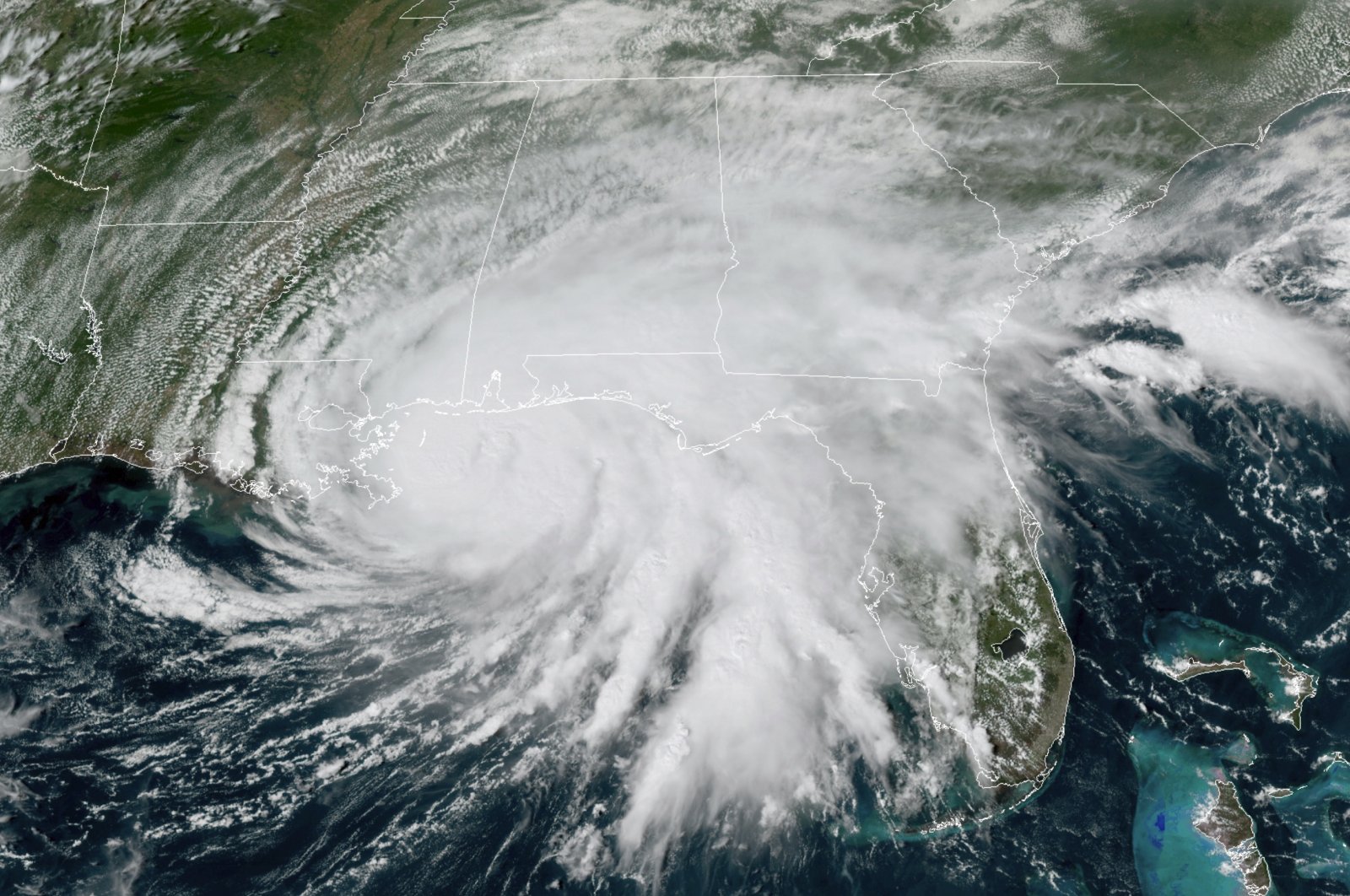 Hurricane Sally picked up strength as it edged toward the U.S. Gulf Coast early Wednesday, with forecasts of drenching rains that could provoke "historic" and potentially deadly flash floods.

The National Hurricane Center (NHC) said coastal areas in Alabama, Mississippi and Florida were in the sights of the storm, which was packing maximum sustained winds of around 105 mph (165 kpm) by midnight local time (5 a.m. GMT).

The storm – previously downgraded to Category 1 – had strengthened again to Category 2, it said.

"Historic life-threatening flooding likely along portions of the northern Gulf coast," the Miami-based center had warned late Tuesday, adding the hurricane could dump up to 20 inches (50 centimeters) of rain in some areas.

About 75,000 homes in Alabama and Florida were already without power Tuesday evening, according to the Weather Channel, and video posted to social media appeared to show some areas had started to flood.

At 5 a.m. GMT, Sally was about 65 miles south of Mobile, Alabama and heading north at a crawling pace of 2 mph in the Gulf of Mexico, though the storm was expected to pick up speed through Wednesday.

Sally is one of five tropical cyclones in the Atlantic Ocean – a phenomenon only recorded once before, in September 1971, according to meteorologists.

Alabama Gov. Kay Ivey told a press conference: "We are looking at record flooding, perhaps breaking historic levels. And with rising water comes a greater risk for loss of property and life.

"I urge you in the strongest way possible to evacuate if conditions permit and seek shelter elsewhere as possible today."

Ivey had declared a state of emergency Monday ahead of Sally's arrival.

President Donald Trump, speaking on "Fox & Friends," compared Sally to Hurricane Laura, which battered Texas and Louisiana, as well as the Caribbean, just a few weeks ago.

Earlier, he tweeted: "We are fully engaged with State & Local Leaders to assist the great people of Alabama, Louisiana, and Mississippi."

He urged people in the storm's path to "listen to State and Local Leaders."

Mississippi Gov. Tate Reeves had also declared a state of emergency ahead of the approaching storm.

He said the storm surge projections were "worrisome with anywhere from 5 to 8 feet of coastal surge."

Gov. John Bel Edwards of Louisiana, which is still recovering after Hurricane Laura made landfall in the state as a Category 4 storm, told residents Monday to be prepared.

"Be smart and be safe," he tweeted.

At a hurricane refuge in Pascagoula, a coastal town in eastern Mississippi, 50-year-old evacuee Cliton Shepherd was hoping the area could avoid the worst.

"I don't think the wind is going to hurt anything, hopefully. I pray that it doesn't. But that's the main thing, you know, hoping and praying for the best, that's all we can do."

There have been so many tropical storms in the Atlantic this year that the U.N.'s World Meteorological Organization (WMO), which names the tempests, is about to run out of names for only the second time in history.

The last time was in 2005, the year Hurricane Katrina devastated New Orleans.

The latest Atlantic storm, Hurricane Paulette, pounded the island of Bermuda on Monday with Category 2 winds and heavy rains, according to the NHC.

The center also said Tropical Storm Teddy, currently positioned in the mid-Atlantic, was expected to become a hurricane.