In unusual move, US embassies in Africa speak up on police brutality 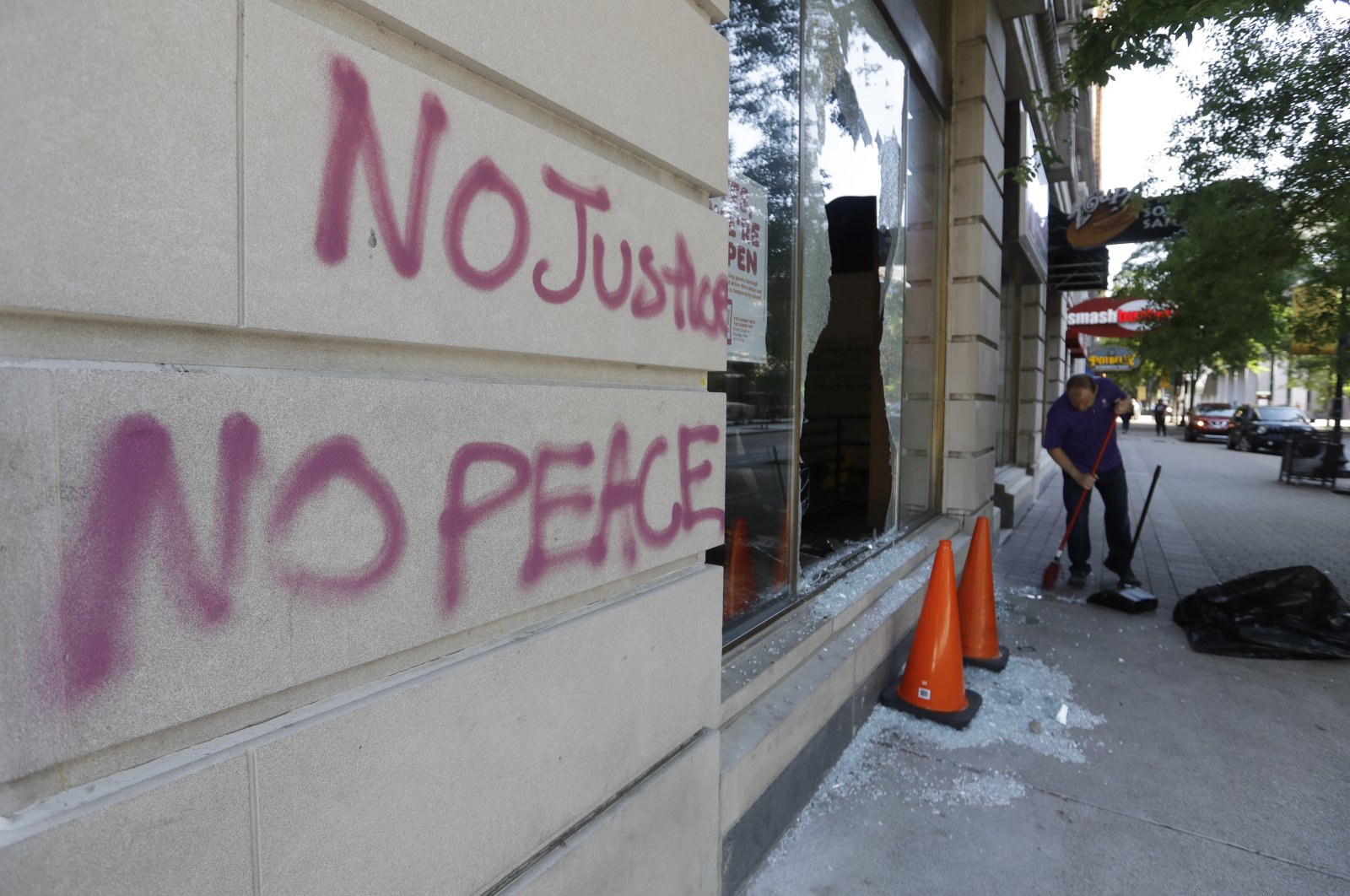 A worker sweeps broken glass from in front of a Dunkin Donuts store in downtown Louisville, Ky. , Saturday, May 30, 2020. The store was damaged Friday evening during a protest over the deaths of George Floyd and Breonna Taylor. (AP Photo)
by Associated Press
May 30, 2020 6:48 pm

As Minneapolis burns over the police killing of George Floyd and shock and disappointment in Africa grow, some U.S. embassies on the continent have taken the unusual step of issuing critical statements, saying no one is above the law.

The statements came as the head of the African Union Commission, Moussa Faki Mahamat, condemned the “murder” of Floyd and said Friday the continental body rejects the “continuing discriminatory practices against black citizens of the USA.”

Floyd, a handcuffed black man, died after a police officer pressed his knee into his neck for several minutes even after he stopped moving and pleading for air.

Africa has not seen the kind of protests over Floyd’s killing that have erupted across the United States, but many Africans have expressed disgust and dismay, openly wondering when the U.S. will ever get it right.

“WTF? ‘When the looting starts the shooting starts’?” tweeted political cartoonist Patrick Gathara of Kenya, which has its own troubles with police brutality. He, like many, was aghast at the tweet by President Donald Trump, flagged by Twitter as violating rules against “glorifying violence,” that the president later said had been misconstrued.

Mindful of America’s image on a continent where China’s influence has grown and where many have felt a distinct lack of interest from the Trump administration, some U.S. diplomats have tried to control the damage.

The ambassador to Congo, Mike Hammer, highlighted a tweet from a local media entrepreneur who addressed him saying, “Dear ambassador, your country is shameful. Proud America, which went through everything from segregation to the election of Barack Obama, still hasn’t conquered the demons of racism. How many black people must be killed by white police officers before authorities react seriously?”

The ambassador’s response, in French, followed as: “I am profoundly troubled by the tragic death of George Floyd in Minneapolis. The Justice Department is conducting a full criminal investigation as a top priority. Security forces around the world should be held accountable. No one is above the law.”

Similar statements were tweeted by U.S. embassies in Kenya and Uganda, while embassies in Tanzania and Kenya tweeted a joint statement from the Department of Justice office in Minnesota on the investigation.

African officials also were publicly outspoken last month over racism in China, when Africans complained of being evicted and mistreated in the city of Guangzhou amid the COVID-19 pandemic.

At the time, the U.S. was quick to join in, with the embassy in Beijing issuing a critical security alert, titled “Discrimination against African-Americans in Guangzhou" and noting actions against people thought to be African or having contact with Africans.

Now the African version of the state-run China Daily newspaper is tweeting footage from Minneapolis with a number of viral hashtags relating to the upheaval.