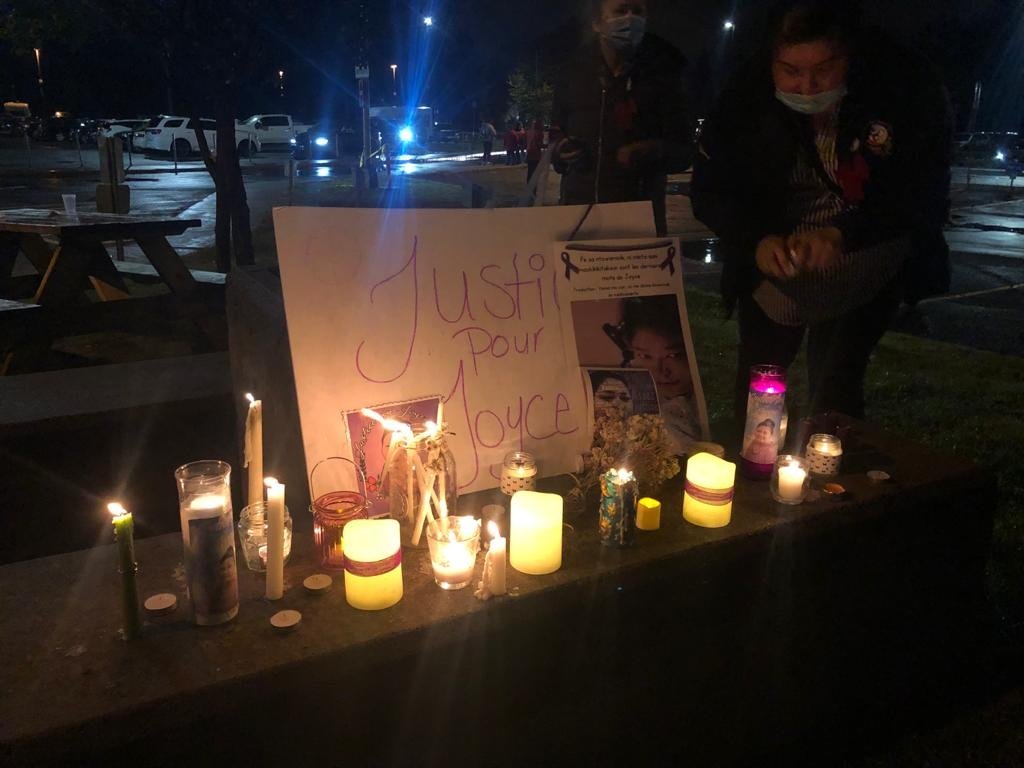 After years of fighting for fair treatment, indigenous Canadian Uliipika Kiguktak is finally ready to open up about her experiences in a health care system facing a growing outcry over accusations of racism.

Raised in the country's vast Nunavut territory, the University of Montreal student says she has spent much of her adult life battling hostility and resistance from medical professionals when she has sought help and advice.

"We should feel safe when we go to a hospital, feel that we are all equal. Our blood is the same color," Kiguktak told Agence France-Presse (AFP).

The 26-year-old – whose bitter recollections include having to threaten to harm herself before a doctor would treat her – is part of a growing backlash from the country's First Nation communities over a harrowing case of mistreatment in a Quebec hospital.

Joyce Echaquan, a 37-year-old indigenous patient, was subjected to vicious racist abuse by a nurse shortly before her death, sparking an outcry that has emboldened indigenous people across the nation to speak out.

On Twitter, reactions multiplied under the hashtag #JusticePourJoyce ("Justice for Joyce") and antiracism protests brought thousands of people to the streets of Montreal.

Echaquan, an Atikamekw who was admitted to the Joliette hospital near Montreal with stomach pain, posted a video on Facebook shortly before her death showing the abuse she had suffered at the hands of her caregivers.

She was subjected to "the worst form of racism," said Canadian Prime Minister Justin Trudeau, who has made "reconciliation" with indigenous peoples a priority of his government.

Echaquan's case was far from a one-off, according to indigenous rights activists.

Kiguktak recalls having to fight, at age 19, with a doctor at a Montreal hospital who wouldn't remove her birth control device, an IUD. She says she had to go as far as threatening to remove it herself before he finally agreed to the procedure.

"With a history of aboriginal women forcibly sterilized in Canada, I really saw it as abuse: they don't want me to have children and refuse to remove my IUD," she explained.

In another bitter experience, Kiguktak says she waited hours last April before being treated for vaginal bleeding – but not before she was interrogated by a doctor about whether she was abusing drugs.

"For me ... what I lived, if I had been white, if I had not been native, it would not have happened like that," she said, adding that the experience caused her to "lose confidence in the health care system."

Racism exists "everywhere," she says, including in searches for an apartment or a job.

Echaquan's death came a year after the publication of a public inquiry report that concluded that "members of First Nations and Inuit of Quebec are indeed subjected to systemic discrimination when accessing public services."

"When aboriginals describe their experiences, the majority of people do not believe them," said Carole Levesque, an anthropologist specializing in aboriginal issues at the National Institute of Scientific Research (INRS).

Echaquan's suffering, witnessed by millions online and through media coverage, could mark a turning point in Canadian race relations, she added, noting that "there will be a before, there will be an after."

Indigenous people encountering discrimination have been using the government-funded universal health care system less and less, and as a result find themselves more often in emergency situations, according to experts.

"We think that this person will be automatically violent, aggressive, we will put forward a diagnosis which presumes an intoxication with psychoactive substances," says Doctors of the World Canada president David-Martin Milot, who points to the "double burden" of aboriginal people in precarious and homeless situations.

The group is pleased to have created "better bonds of trust and to meet their needs," Milot said.

"There is systemic racism or systematic discrimination against indigenous populations which comes into play each time an indigenous person accesses health services," the public health specialist told AFP.

For Odile Joannette, director of Wapikoni Mobile, a Montreal nonprofit that raises awareness of indigenous rights through workshops and film screenings, it's not always about out-in-the-open racist abuse.

"I don't need there to be an explicitly racist statement to know that there are unconscious biases that exist everywhere," she says, adding that "you have to experience racism to really understand."

The 45-year-old Innu says she shunned Canada's health care system in favor of natural care after receiving a misdiagnosis in her youth linked to suspected alcoholism.

"It has been going on in silence for generations and generations," says Joannette, while welcoming increased "pressure" put on authorities since the death of Echaquan to set things right.

"We must denounce the racism we see," she told AFP. "We must not stop speaking up."