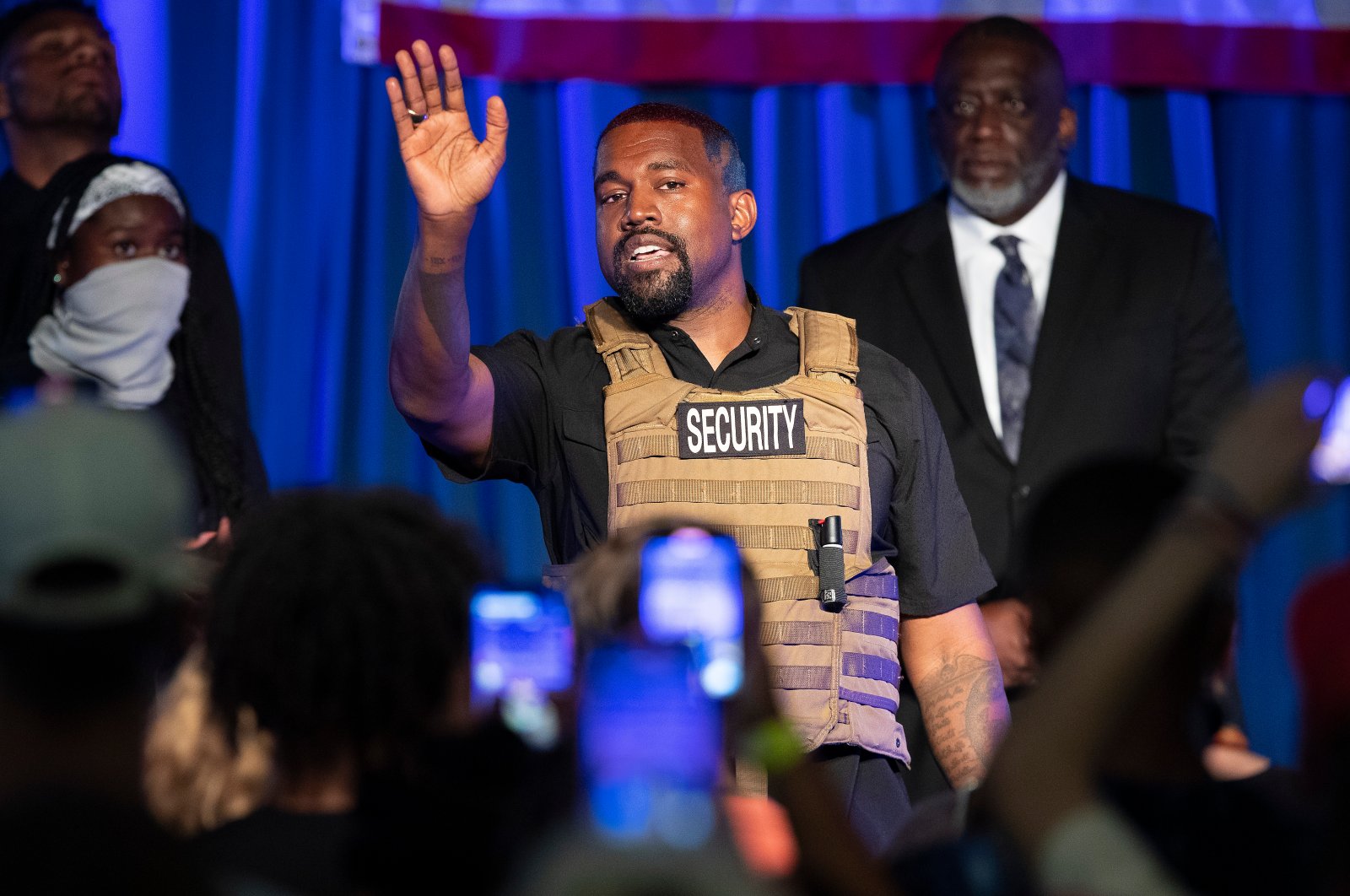 U.S. rapper Kanye West broke down in tears on Sunday at the chaotic launch of his unlikely campaign to oust Donald Trump as president in November elections.

Wearing a bullet-proof jacket marked "security," West gave a rambling speech in which he claimed he had wanted his wife, Kim Kardashian, to get an abortion and that renowned American abolitionist Harriet Tubman "never actually freed the slaves."

West told the event in Charleston, South Carolina, how he had wanted his wife to get an abortion when she was pregnant with North, their oldest daughter. He then revealed his father also had wanted to abort him.

"My dad wanted to abort me. My mom saved my life. There would've been no Kanye West because my dad was too busy," West said, bursting into tears.

At another point during his speech, he said, "Harriet Tubman never actually freed the slaves, she just had the slaves go work for other white people."

West's speech, clips of which went viral on social media, provoked confusion, anger and concern for the musician's mental health.

The event was for registered guests only, and all attendees were required to sign a COVID-19 liability release form as well as wear masks and practice social distancing, U.S. media reported.

Less than four months ahead of November's election, West, 43, raised eyebrows on July 4 when he announced on Twitter he would challenge Trump.

He has offered virtually no details about his campaign, but the hip-hop star, who famously wore a "Make America Great Again" cap to a 2018 Oval Office meeting with Trump, said he no longer supports the president.

Reports began circulating in U.S. media last week that West had dropped out of the race. He missed the deadline in several states to be listed on the presidential ballot, but he is listed on the ballot in Oklahoma.