KKK leader charged for driving into peaceful US protest 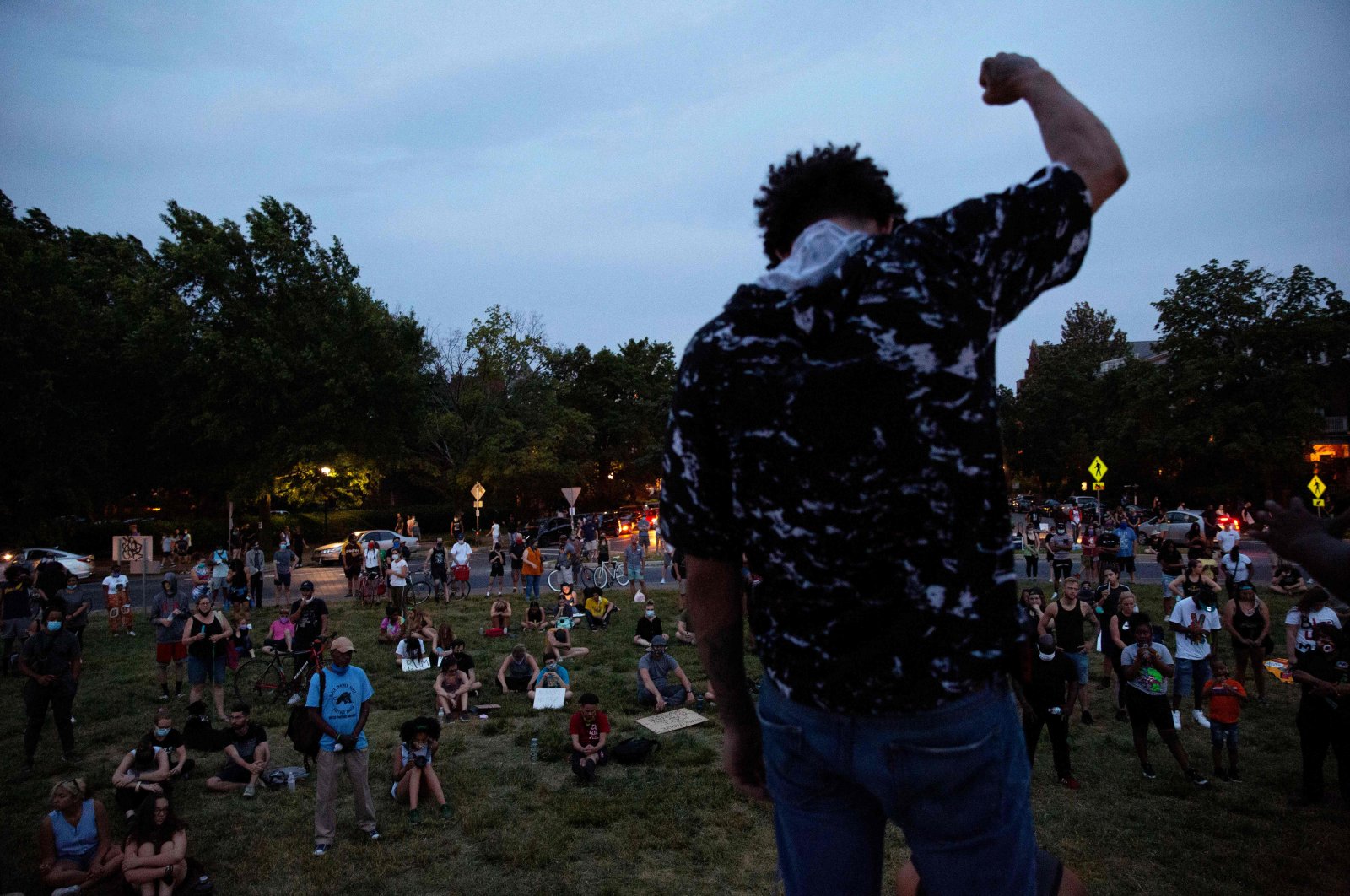 A person holds up a fist as people gather around the Robert E. Lee statue on Monument Avenue in Richmond, Virginia, amid continued protests over the death of George Floyd in police custody, June 4, 2020. (AFP Photo)
by French Press Agency - AFP Jun 09, 2020 9:10 am
RECOMMENDED

An "admitted" Ku Klux Klan leader who drove a vehicle into a crowd of peaceful George Floyd protestors in the U.S. state of Virginia is being investigated for possible hate crimes, a county attorney said Monday.

The man has been charged with several offenses after he "recklessly" drove into a crowd on Sunday, Henrico County's Commonwealth Attorney Shannon Taylor said in a statement posted on Twitter.

U.S. media reported one protester was injured in the incident near Richmond. The person was checked at the scene by emergency responders and refused further treatment.

"Harry H. Rogers, 36, is charged with assault and battery, attempted malicious wounding and felony vandalism. Additional charges are being investigated," Taylor said in a separate tweet.

In the statement, Taylor said Rogers "revved the engine" and then drove into the crowd.

"The accused, by his own admission and by a cursory glance at social media, is an admitted leader of the Ku Klux Klan and a propagandist for Confederate ideology," Taylor added.

"We are investigating whether hate crimes charges are appropriate," she said.

Rogers appeared in Henrico court Monday where he accepted a court-appointed attorney, CBS-affiliate WTVR reported. The protests were part of the wave of demonstrations against police brutality and racism that has spread throughout the United States and around the world.

They were sparked by the May 25 killing of Floyd by Minneapolis police officer Derek Chauvin, who knelt on the unarmed black man's neck for nearly nine minutes.

Chauvin has been charged with Floyd's murder and faces up to 40 years in prison if convicted of second-degree murder and manslaughter.

He made his first court appearance Monday.