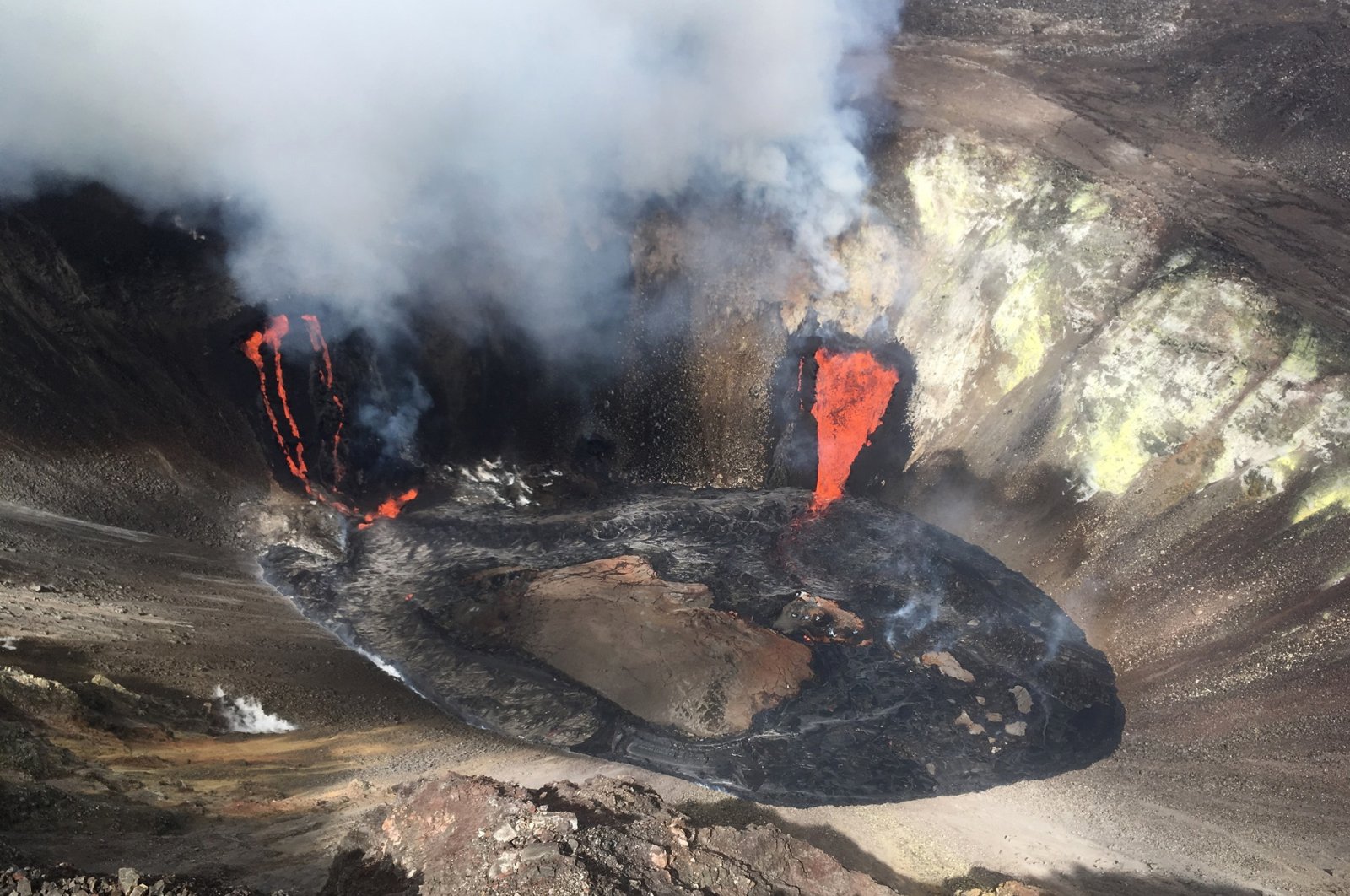 Lava was rising more than 3 feet (1 meter) per hour in the deep crater of a Hawaii volcano that began erupting over the weekend after a two-year break, scientists said Tuesday.

Kilauea volcano within Hawaii Volcanoes National Park on the Big Island was gushing molten rock from at least two vents inside its summit crater, the U.S. Geological Survey said. A lava lake has formed, rising about 440 feet from the bottom of the crater.

The lava has been contained inside the deep crater. It isn't threatening to get close to people or cover property, like when Kilauea erupted from vents in the middle of a residential neighborhood in 2018 and destroyed more than 700 homes.

Still, the Hawaiian Volcano Observatory has warned residents to beware of potentially high levels of volcanic gas, rockfalls and explosions. When erupting, Kilauea tends to spew large volumes of sulfur dioxide, which forms volcanic smog, or vog, when it mixes with oxygen, sunlight and other gases in the air.

The state Department of Health warned residents to reduce their outdoor activities if they encounter volcanic smog conditions.

Kilauea is one of the world’s most active volcanoes, having erupted some 50 times in the last century. Between 1983 and 2018, it erupted almost continuously. It had a lava lake in its crater for the last decade of that eruption.