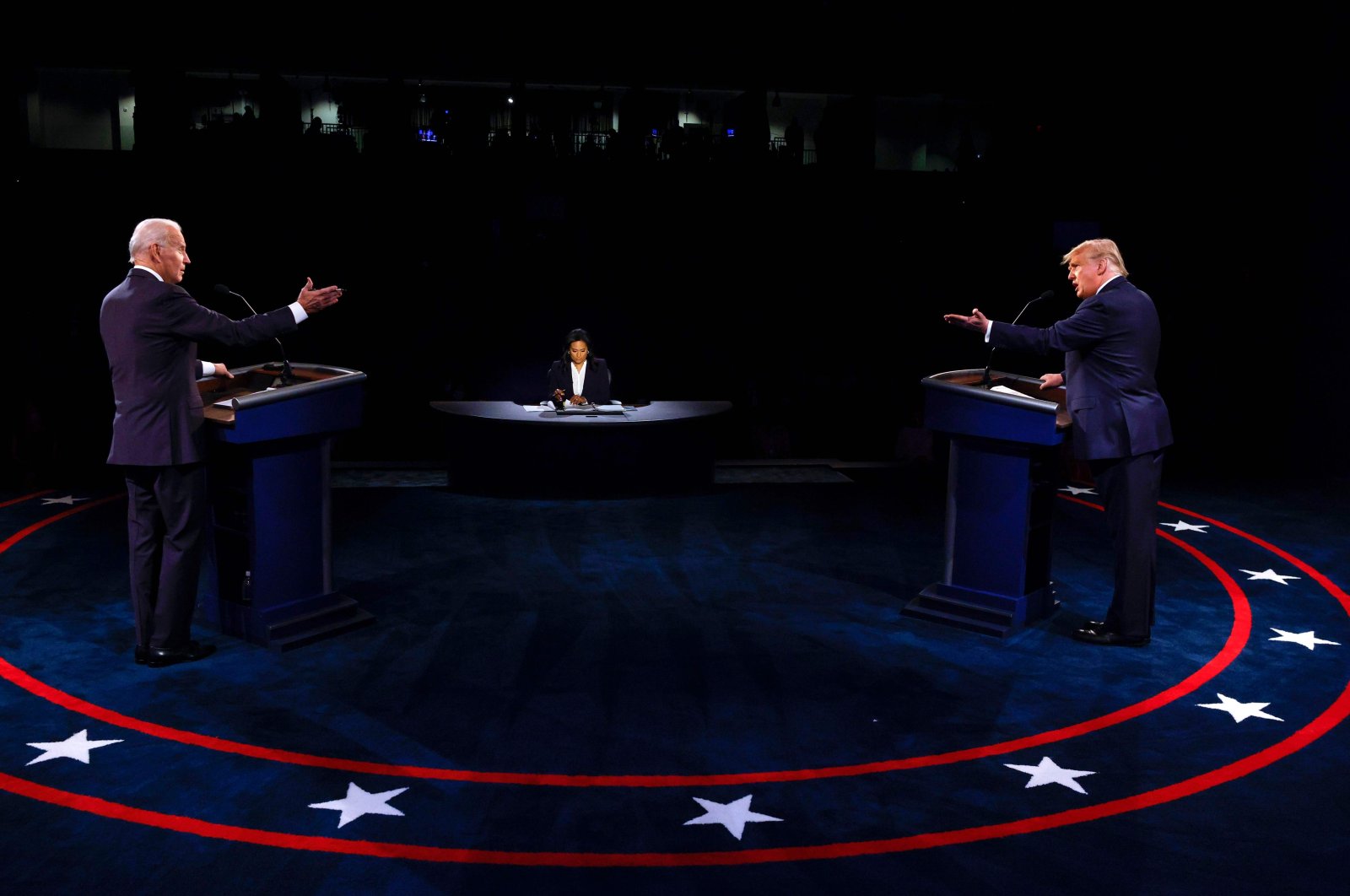 Republican President Donald Trump and Democratic challenger Joe Biden clashed over the country's response to climate change in their final presidential debate on Thursday, which included a stark disagreement over the future of the oil industry.

The candidates were asked at their matchup in Nashville, Tennessee, what they would do to combat climate change - the first time in a presidential debate they were not questioned on whether they believed in it or not.

"I do love the environment," said Trump, citing a federal program to plant trees and a drop in carbon emissions.

But he said he was not willing to harm businesses in order to help the environment.

Biden said his plan for a transition to a more climate-friendly economy would create high-paying jobs and boost U.S. businesses.

"Global warming is an existential threat to humanity," Biden said. "We have a moral obligation to deal with it and we’re told by all the leading scientists in the world we don’t have much time."

Trump, who trails Biden in national opinion polls ahead of the Nov. 3 election, accused his rival of planning to destroy the oil industry, leading Biden to respond that he did believe the country should eventually replace oil with solar, wind and other forms of non-polluting power.

"I would transition from the oil industry, yes," Biden said, prompting Trump to call for voters in states where oil is an important industry to note the former vice president's stance.

Kendra Horn, a Democratic U.S. representative from Oklahoma seeking re-election, distanced herself from Biden, saying on Twitter that oil and gas policy is "one of the places Biden and I disagree."

After the debate, Biden told reporters he was referring to a plan to stop subsidizing fossil fuels.

Trump also accused Biden of planning to ban hydraulic fracturing, a process of extracting natural gas from shale that is opposed by many environmentalists. Biden said he would ban fracking on federal land only. Fracking is an issue in western Pennsylvania, a crucial battleground state in the election.

The president mocked a part of Biden's climate plan that called for more efficient buildings, saying Biden would "knock down buildings and build new buildings with little tiny small windows."

Environmentalists have complained for years that the candidates' views on climate change have not been emphasized in presidential debates.

But heat waves and wildfires in the Western United States and uncommonly powerful storms battering other parts of the country have put climate issues in the spotlight.

For many voters, however, climate has been surpassed by the COVID-19 pandemic, jobs and the economy, and racial justice as issues of top importance in choosing a presidential candidate, Reuters/Ipsos polling shows.

"Climate is a long-term concern, as opposed to joblessness, which is today, or a pandemic, which is today," said political scientist Larry Sabato, who heads the University of Virginia's Center for Politics.

Biden defended his family and said unequivocally that he had never made "a single penny" from a foreign country, before pivoting to accuse Trump of trying to distract Americans.

"There's a reason why he's bringing up all this malarkey," Biden said, looking directly into the camera. "It's not about his family and my family. It's about your family, and your family's hurting badly."

Trump, who has broken with decades of presidential precedents in refusing to release his tax returns, said he had paid "millions." He again said he would release his returns only once a longstanding audit was completed.

The candidates argued over foreign policy, immigration and - after months of anti-racism protests - race relations, with Biden saying Trump was "one of the most racist presidents" in history.

"He pours fuel on every single racist fire," Biden said. "This guy has a dog whistle as big as a foghorn."

Trump responded by criticizing Biden's authorship of a 1994 crime bill that increased incarceration of minority defendants while asserting that he had done more for Black Americans than any president with the "possible" exception of Abraham Lincoln during the U.S. Civil War in the 1860s.