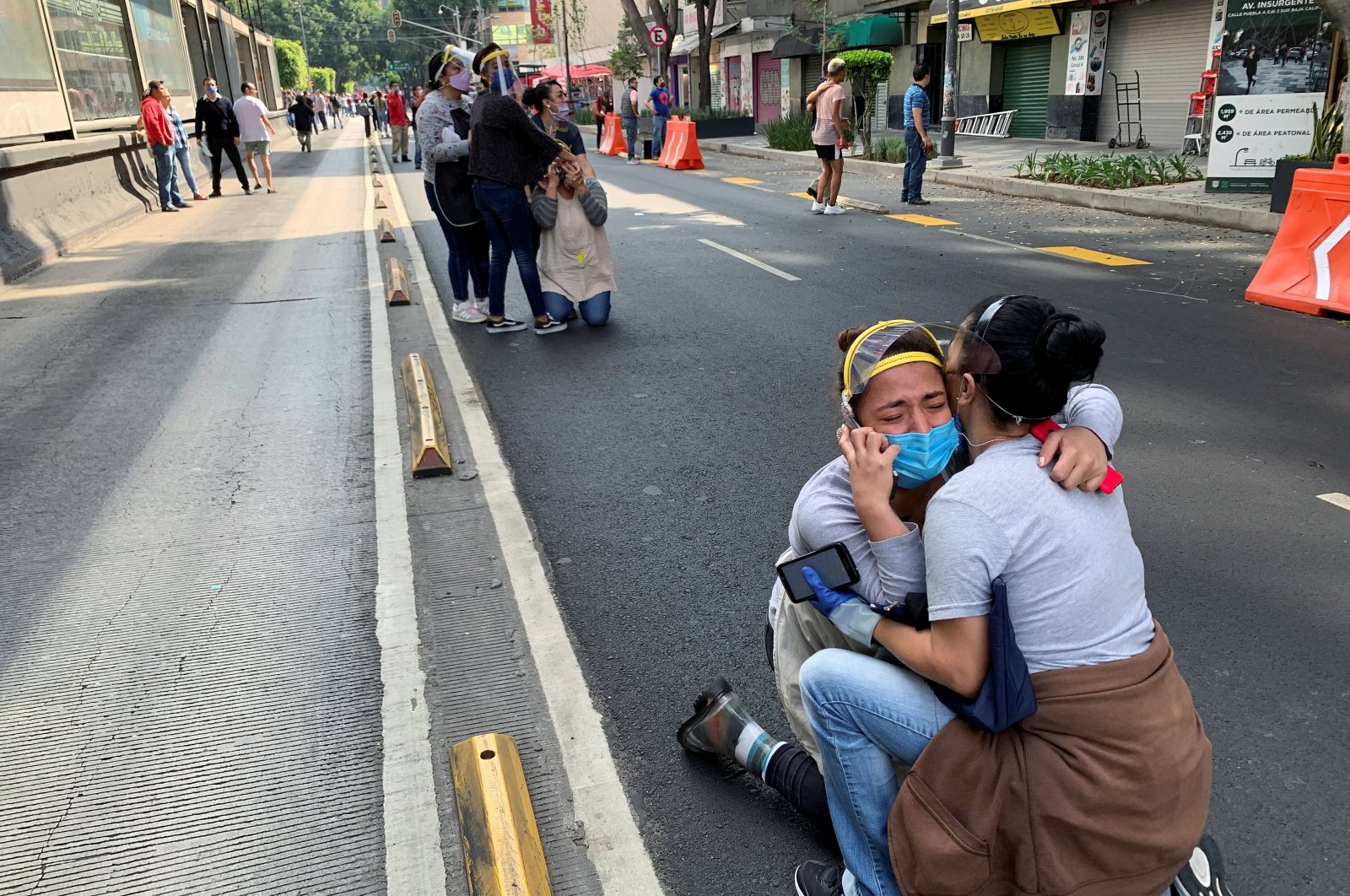 A very strong earthquake hit southern Mexico on Tuesday, shaking buildings in the center of the capital Mexico City hundreds of miles away and sending hundreds of people fleeing their homes into the streets.

The U.S. Geological Survey said the quake's magnitude was 7.7, while Mexico's seismological institute put its strength at 7.1. Quakes of such size can be devastating.

The earthquake was centered in the southern state of Oaxaca, the Mexican institute said.

Reuters witnesses in Mexico City saw no initial signs of injuries or damage.

Meanwhile, the U.S. government issued a tsunami warning for the Pacific coast of Mexico and Central and South America Tuesday following the earthquake.

The U.S. Pacific Tsunami warning center said hazardous waves as high as 3 meters could strike anywhere within 1,000 kilometers (600 miles) of the quake's epicenter, from 1616 GMT.