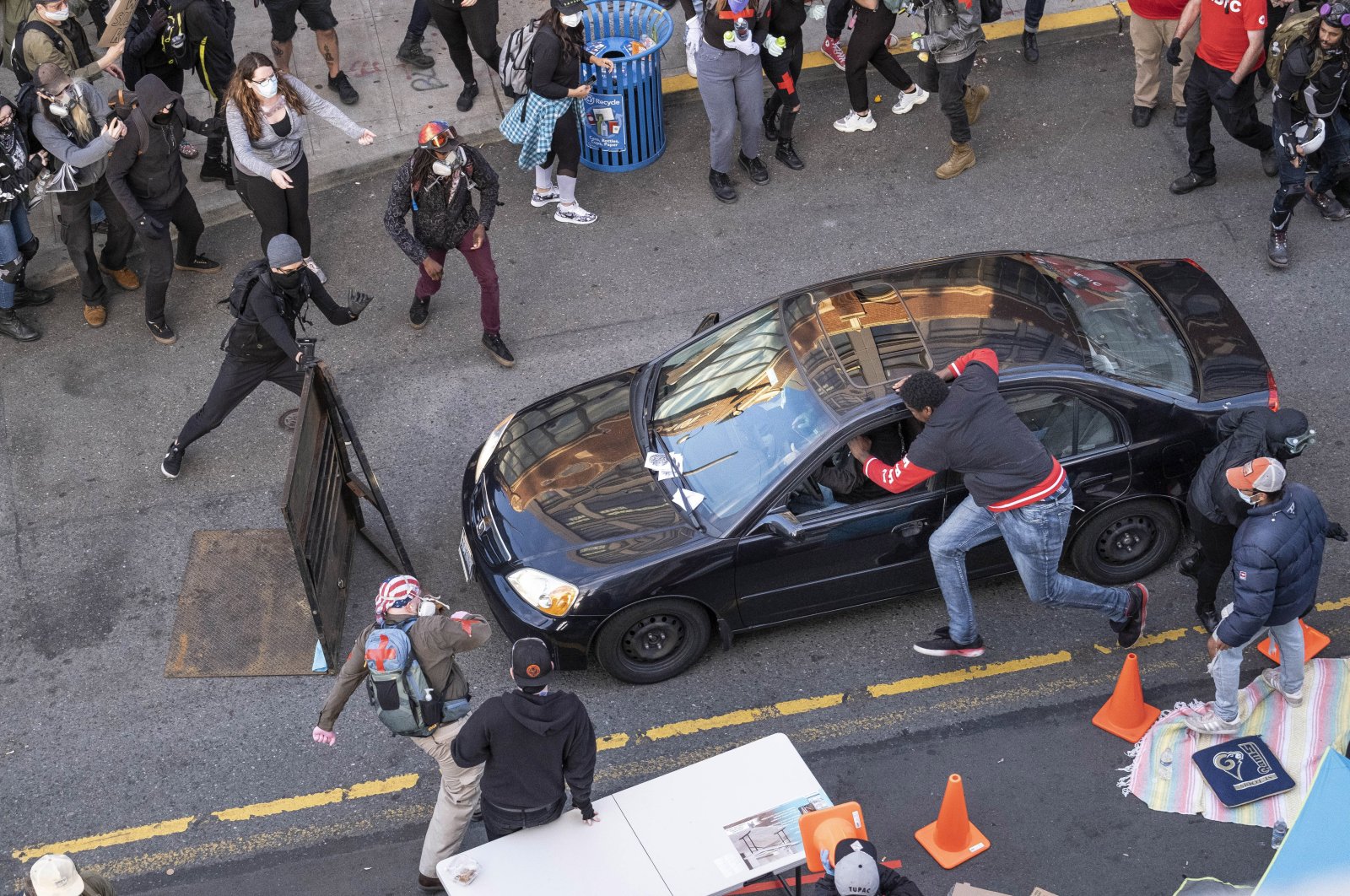 The protests for racial justice in the U.S. witnessed a violent attack Sunday when a man drove a car into a crowd of George Floyd protesters in Seattle, shooting one person.

Footage broadcast by local television station Q13Fox showed the man carrying a pistol getting out of a car near the Seattle Police Department's East Precinct as protestors screamed and fled.

The man strides toward the demonstrators before disappearing into the crowd. Police tweeted that they had arrested a suspect and recovered a weapon.

The Seattle rally was part of nationwide protests triggered by the May 25th death of Floyd, who was killed when a white police officer pressed his knee on the unarmed black man's neck for nearly nine minutes.

Protestors have turned their outrage over the latest death in custody of an African American into demands for police reform and social justice.

The incident was in contrast to the mostly peaceful weekend protests sparked by Floyd's death. Cities imposed curfews as several protests last week were marred by spasms of arson, assaults and smash-and-grab raids on businesses.

More than 10,000 people have been arrested around the country since protests began, according to reports tracked by The Associated Press.

Videos have surfaced of officers in riot gear using tear gas or physical force against even peaceful demonstrators. But U.S. protests in recent days have been overwhelmingly peaceful – and over the weekend, several police departments appeared to retreat from aggressive tactics.

Several cities have also lifted curfews, including Chicago and New York City, where the governor urged protesters to get tested for the virus and to proceed with caution until they had. Leaders around the country have expressed concern that demonstrations could lead to an increase in coronavirus cases.

For the first time since protests began in New York more than a week ago, most officers Sunday were not wearing riot helmets as they watched over rallies. Police moved the barricades at the Trump hotel at Columbus Circle for protesters so they could pass through.

Officers in some places in the city casually smoked cigars or ate ice cream and pizza. Some officers shook hands and posed for photos with motorcyclists at one rally.