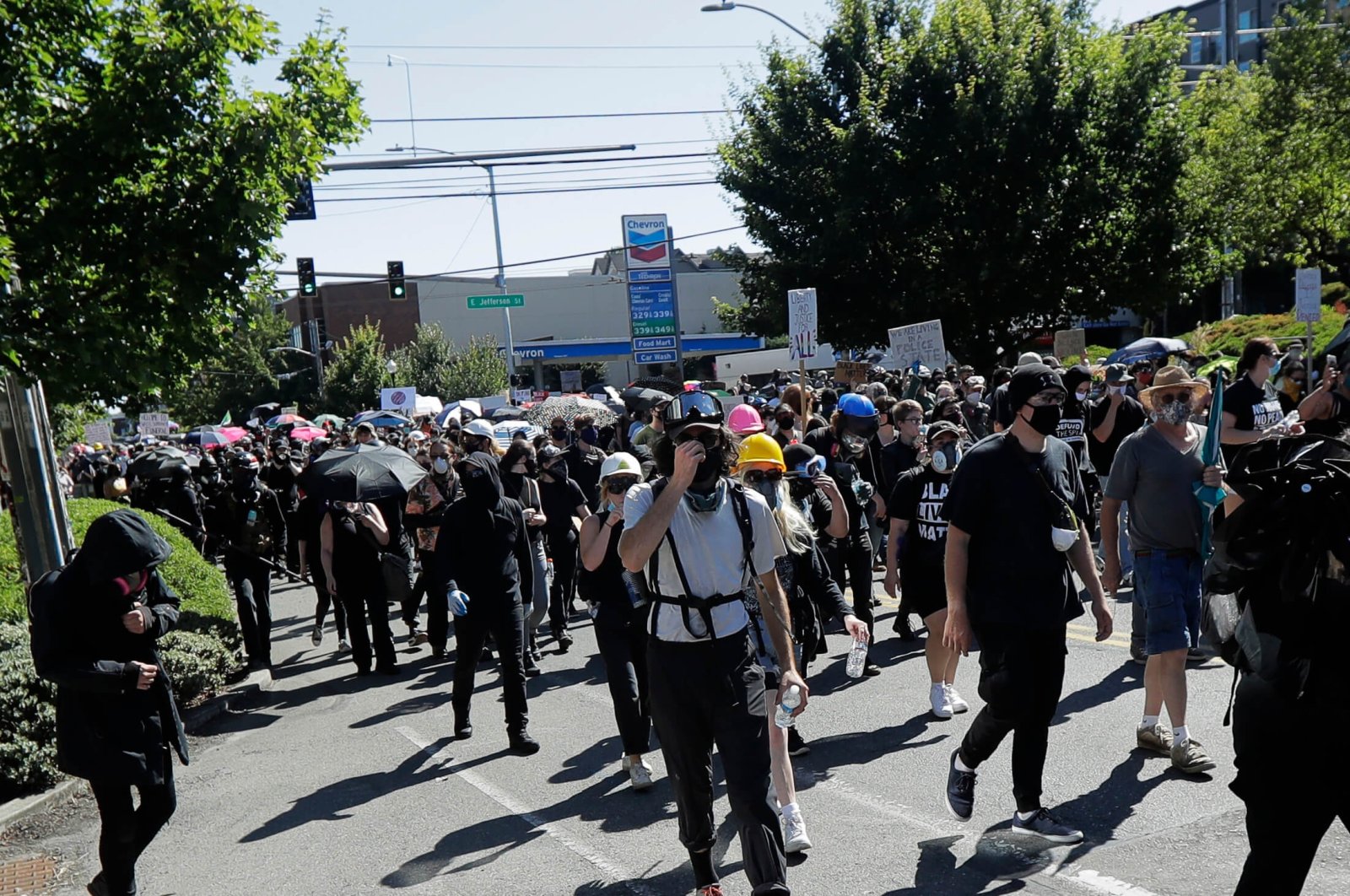 Protesters march near the King County Juvenile Detention Center, Saturday, July 25, 2020, in Seattle, in support of Black Lives Matter and against police brutality and racial injustice. (AP Photo)
by REUTERS
Jul 26, 2020 9:41 am

One person was killed when several shots were fired amid a Black Lives Matter protest in downtown Austin, Texas, on Saturday, authorities said.

Footage posted during a Facebook Live showed the moment when several shots rang out in the Texas capital as about 100 people marched and chanted, "Fists up! Fight back!"

Austin police and emergency medical services said on Twitter that one person was killed during the shooting.

There were no other deaths or people shot, according to the EMS department.

Initial reports indicate the suspect was carrying a rifle and shot at the victim, who was in his car, police told a briefing.

The suspect has been detained, they said.

Protests against racism and police brutality were sparked worldwide following the May killing of African-American George Floyd, who died in police custody in Minneapolis.

Floyd died after a police officer knelt on his neck for nearly nine minutes while detaining him.