Marco grows into hurricane en route to US Gulf Coast 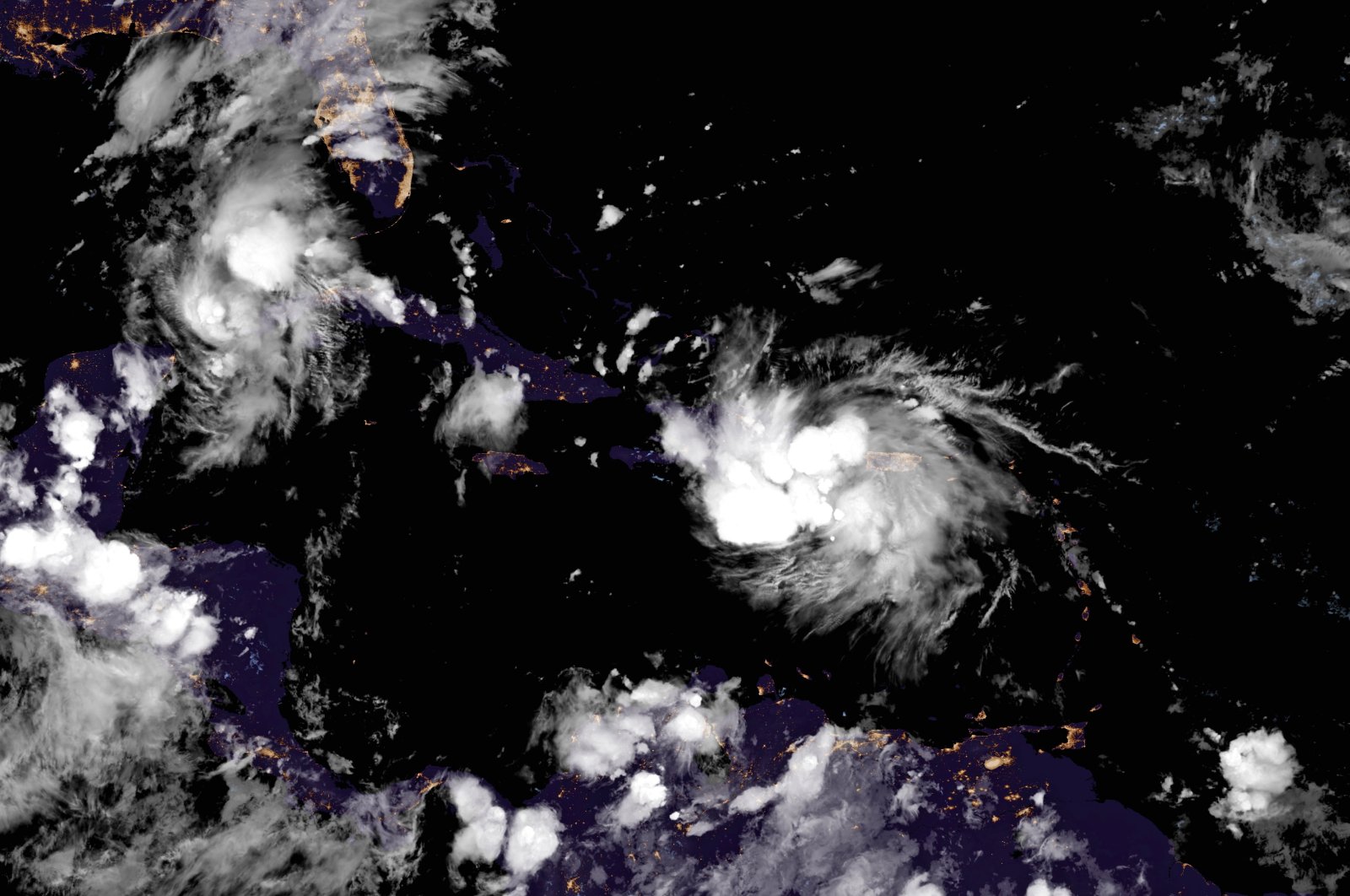 A handout picture made available by the National Oceanic and Atmospheric Administration (NOAA) shows a Merged Geovolr Map satellite image taken Aug. 23, 2020, of the Tropical Storm Marco (top L) and Laura (C) moving over the Caribbean Sea and the Gulf of Mexico. (NOAA via EPA Photo)
by ASSOCIATED PRESS
Aug 23, 2020 9:01 pm

Marco became a hurricane over the Gulf of Mexico Sunday on a path toward the Louisiana coast as Tropical Storm Laura killed at least seven people in the Dominican Republic and Haiti.

Laura was headed over Cuba before its path likely took it to the same part of the U.S. coast, also as a potential hurricane. It would be the first time two hurricanes form in the Gulf of Mexico simultaneously, according to records dating to at least 1900, said Colorado State University hurricane researcher Phil Klotzbach.

The National Hurricane Center said Marco was about 300 miles (480 kilometers) south of the mouth of the Mississippi River and heading north-northwest at 14 miles per hour (22kph), packing winds of 75 miles per hour (120kph). The center warned of life-threatening storm surges and hurricane-force winds along the Gulf Coast.

Haitian civil protection officials said they had received reports that a 10-year-old girl had died when a tree fell on a home in the southern coastal town of Anse-a-Pitres, on the border with the Dominican Republic. Haitian President Jovenel Moise said at least four other people had died during the storm, and in the Dominican Republic, relatives told reporters that a mother and her young son had died after a wall collapsed on them.

Hundreds of thousands were without power in the Dominican Republic, as both countries on the island of Hispaniola suffered heavy flooding.

A hurricane watch was issued for the New Orleans metro area, which Hurricane Katrina pummeled in August 2005.

Laura was centered about 55 miles (90 kilometers) off the eastern tip of Cuba Sunday, with maximum sustained winds of 50 mph (85kph). It was moving west-northwest at 21 mph (33 kph).

Crews armed with megaphones in the Dominican capital of Santo Domingo had urged dozens of residents in flood-prone areas to evacuate before Laura's heavy rains hit. The storm left more than 100,000 people without water in the Dominican Republic on Saturday night, while earlier it snapped trees and knocked out power to more than 200,000 customers in neighboring Puerto Rico.

It was forecast to move over Cuba on Sunday night or Monday.

Officials in the Florida Keys, which Laura might pass over on its route into the Gulf, declared a local state of emergency and issued a mandatory evacuation order for anyone living on boats, in mobile homes and in campers. Tourists staying in hotels were warned to be aware of hazardous weather conditions and consider changing their plans starting Sunday.

A storm surge of up to 6 feet (2 meters) was forecast for parts of coastal Louisiana and Mississippi.

People in Louisiana headed to stores to stock up on food, water and other supplies.

Both storms were expected to bring 3 to 6 inches (8 to 15 centimeters) of rain to areas they were passing over or near, threatening flooding.

The hurricane center said the storms were not expected to interact as the region faces an unusually active hurricane season.