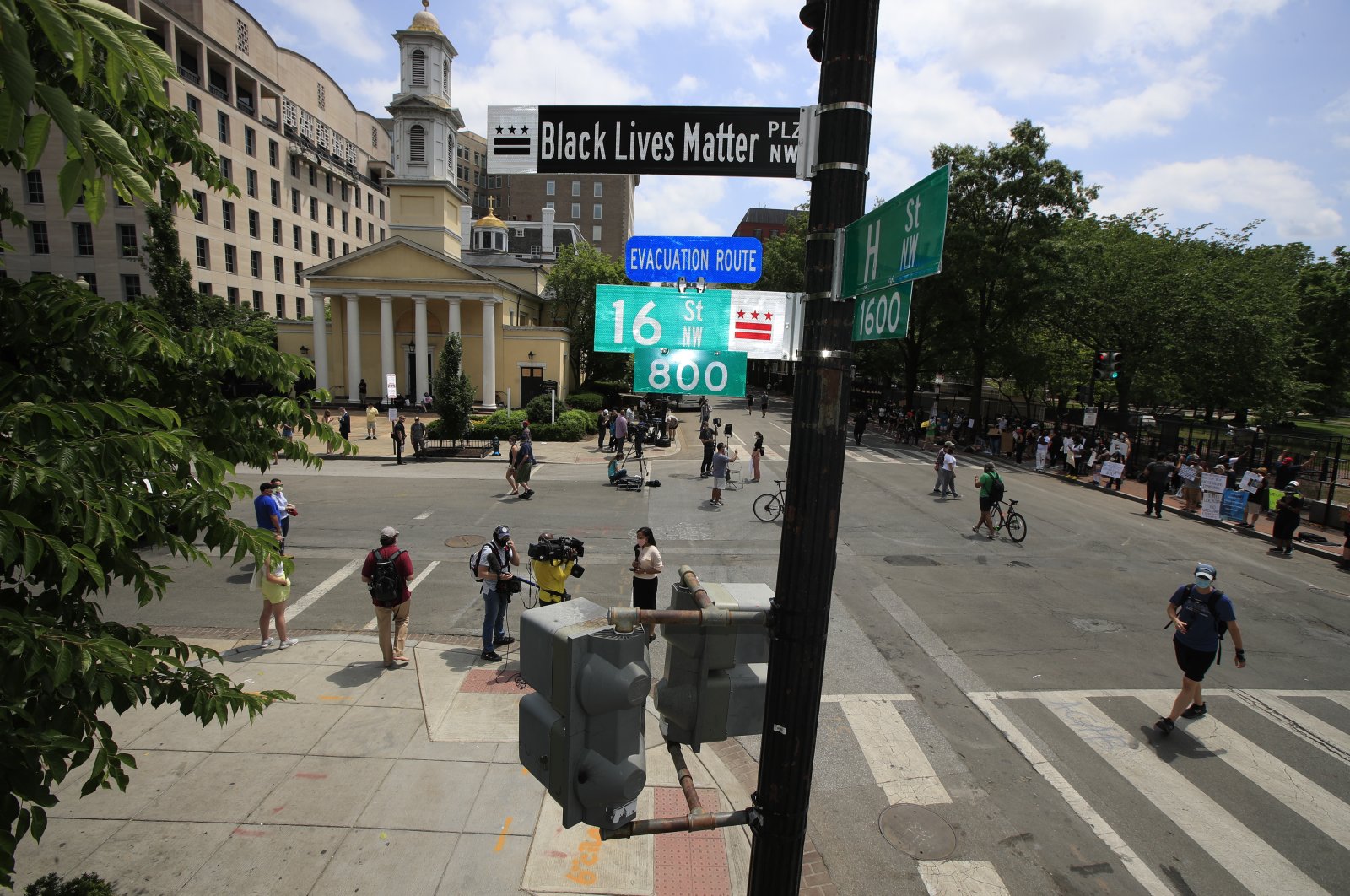 Washington mayor Muriel Bowser on Friday renamed an area near the White House that has become the epicenter of anti-racism protests over the past week "Black Lives Matter Plaza" – unveiling a giant street mural.

The protests are focused on the May 25 death in Minneapolis of 46-year-old black man George Floyd while in police custody. A white officer kneeled on his neck until he lost consciousness.

That officer and three others are now in custody and facing charges – second-degree murder for the kneeling officer, and aiding and abetting that crime for his colleagues.

Just north of the White House, the words BLACK LIVES MATTER were painted in yellow along the street leading to the presidential mansion, along with the symbol from the D.C. flag.

"The section of 16th street in front of the White House is now officially 'Black Lives Matter Plaza'," Bowser tweeted, along with a video showing a city worker putting up a new street sign.

The corner of 16th and H is significant – in a controversial incident on Monday, peaceful protesters gathered there were dispersed with tear gas.

Shortly afterward, President Donald Trump walked from the White House to a nearby church for a photo op, during which he held the Bible in his hand.

The U.S. government deployed a significant contingent of federal officers and military troops – many of them not wearing any identifying garb or badges – to handle protests in Washington.

But in a letter to Trump dated Thursday and tweeted early Friday, Bowser has called for "all extraordinary federal law enforcement and military presence" to be removed.

"These additional, unidentified units are operating outside of established chains of command," she wrote.

"We are well equipped to handle large demonstrations and First Amendment activities," including the right to assemble, Bowser wrote.

Protesters had been "peaceful" on Wednesday night, with no arrests made, she added.

Trump reiterated on Friday that authorities need to "dominate the streets," and has been unapologetic about the deployment of forces.

Rose Jaffe, one of the artists in the collective that painted the BLACK LIVES MATTER sign, told Agence France-Presse (AFP) it was "about reclaiming the streets of D.C."

But she added that Bowser "has to do more than just a photo-op – she must carry on when this is washed away" on issues like police accountability.