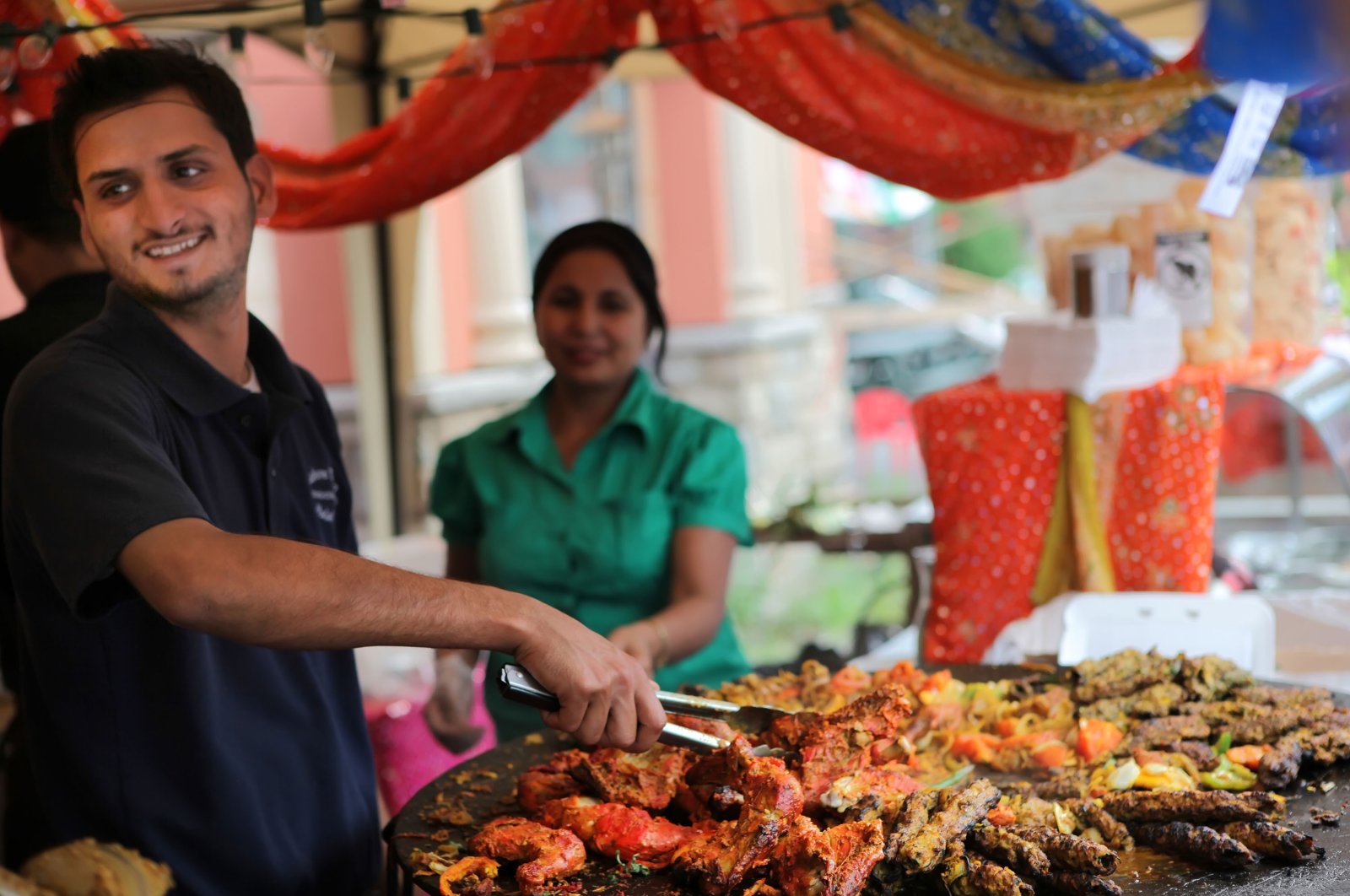 A Pakistani chef cooks kabobs and other Lahori delicacies on large kataks (hot plates) at a Pakistani Restaurant in Toronto, Ontario, Canada, on Aug. 23, 2009. (Getty Images)
by Anadolu Agency
Oct 05, 2021 9:58 am

A man with a history of promoting hate was sentenced in a Canadian court on Monday to 18 months behind bars for contravening six court orders to stop making defamatory comments about restaurant owner Mohamad Fakih.

Kevin J. Johnston, a mayoral candidate for the city of Calgary, Alberta, was jailed by Justice Fred Myers for breaking a 2019 court order to stop defaming Fakih, something he continued to do six times after the order.

"Almost all the evidence against Mr. Johnston comes from his own mouth," Myers said in pronouncing the sentence. "Mr. Johnston's words are classic hate speech. They draw on tropes to assign negative characteristics based on ugly stereotypes like branding Muslims as terrorists, for example."

Johnston, who also labeled Fakih a "terrorist" and a "baby killer,” had been ordered in 2019 to pay CA$2.5 million ($1.98 million) for defaming the restauranteur in a series of comments and videos Johnston posted on his website beginning in 2017. Johnston contended that he was a victim of liberal media labeling him as bad. But Myers was having none of it.

"He says that he's been painted as a bad person by the liberal media...If Mr. Johnston's portrait has been painted, he supplied the paint," Myers said. "If the court is powerless to stop unrelenting, awful, racist attacks against a man like Mr. Fakih, how are the powerless to feel welcome or safe in Canada?" the justice asked rhetorically.

Johnston was also convicted in July on two counts of contempt for whipping up his followers to defy public health measures instituted to fight COVID-19. That earned him 40 days in jail, to be served on weekends. He was to have begun the sentence four days after the upcoming Oct. 18 Calgary election. With a population of 1.33 million (2017), Calgary is the largest city in the western province of Alberta.

In Calgary, those who are convicted of crimes can still run for mayor, the Canadian Broadcasting Corporation reported.